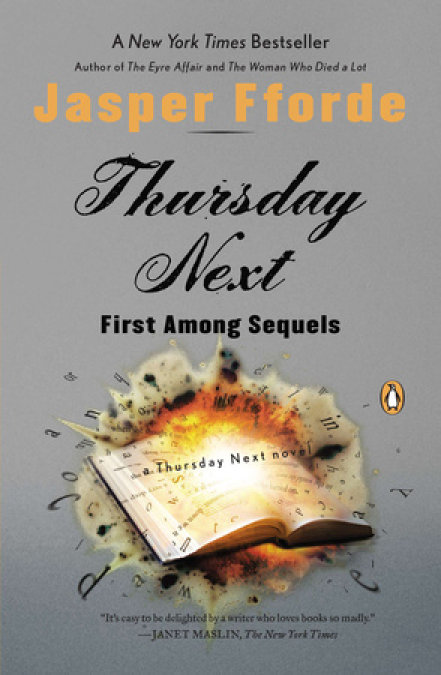 Thursday Next: First Among Sequels

Jasper Fforde has thrilled readers everywhere with his gloriously outlandish novels in the Thursday Next and Nursery Crime series. And with another genre-bending blend of crime fiction, fantasy, and top-drawer literary entertainmentis Thursday Next: First Among Sequels, Fforde’s famous literary detective is once again ready to make the world safe for fiction. Thursday Next is grappling with a host of problems in BookWorld: a recalcitrant new apprentice, the death of Sherlock Holmes, and the inexplicable departure of comedy from the once-hilarious Thomas Hardy novels, to name just a few—all while captaining the ship Moral Dilemma and facing down her most vicious enemy yet: herself.