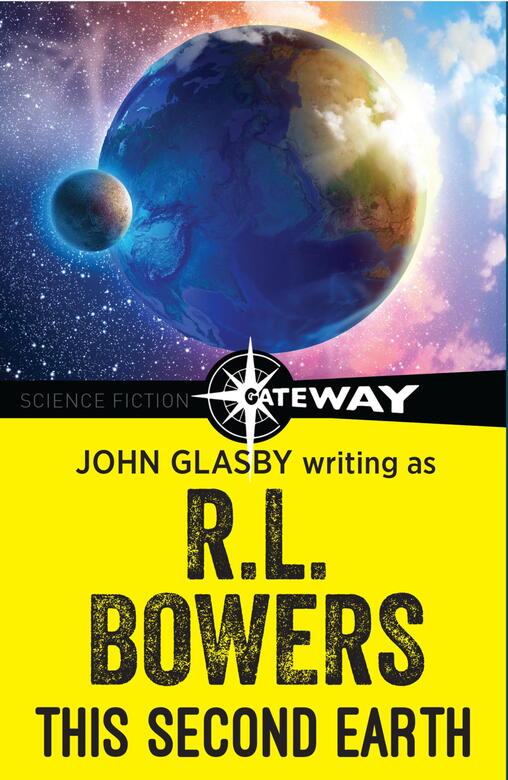 The world that Man has known for close on twenty thousand years had been overthrown in a holocaust of atomic fire and annihilation. The immense and complex system of civilisation had been utterly destroyed almost overnight and only a scant handful of true humans remained. Stretched out between the rivers of radioactive fire, the cities were growing wildernesses of shattered stone and brick, splintered glass and silent streets. But here and there in quiet places sheltered from the deadly rains, men waited for the fires to subside and hoped to rebuilt something a little like the civilisation which had existed before. This is the stirring and sometimes terrible story of the supreme struggle for survival, when the continued existence of the human race on Earth is uncertain after such a tremendous catastrophe, and when all life is menaced by the wandering bands of mutants, creatures spawned and tainted by the deadly radiation.

“The latest reports to reach us from the Emergency Centres set up in the more depopulated, and therefore less seriously hit, areas of the country speak of incalculable loss of life and destruction by the second and third waves of intercontinental rockets to pierce the defensive screens.

“New York, London, Paris and Moscow have been utterly wiped out. Communication with the rest of the world ceased abruptly at thirteen hundred hours Greenwich Mean Time today and it is perhaps significant that this coincides almost exactly with the detonation of the United States’ cobalt bomb over the Soviet rocket bases in Northern Siberia. The bomb has been described by top scientists as the ultimate weapon and it is estimated that …”

They had the radio sets against the wall. One keeping them in constant touch with the artificial satellite circling high above the Earth, now in the cold darkness of the Alaskan night. The other, older and more battered, linked them tenuously with the outside world, breaking the long silence with an inner sound of suffocation and the occasional whisper of a human voice.

“My wife’s back there somewhere—in Boston.” said Glyn Burnett softly. He squinted owlishly from one face to the other.

“I’m sorry to hear that. There won’t be many of the cities left standing in a few days,” said Martin Norcross harshly. He lay on his bunk staring up at the domed ceiling.

His hands felt stiff. Just before he had reached the Control Block half an hour earlier, he had looked up at the huge black sweep of the Arctic sky, the tumbling sculptured wilderness that lay beneath a high cold night of stars, fantastically brilliant constellations marching over a crystal heaven. Near the horizon, a thin layer of ice crystals caught and reflected the luminance of the Northern Lights in a chilly sparkle.

There had been no sign of the rockets passing overhead in both directions, bearing their terrible warheads filled to capacity with atomic and hydrogen bombs, crystalline biotoxins and radioactive cobalt.

As far as he knew, the war had begun and ended almost overnight. Perhaps there had been the merest scream of sound in the air over the cities. Maybe the slightest flourish of light against the clouds. Like corn scattered over a field, the bombs and rockets had drifted with a dreadful swiftness down upon the evening cities.

Strangely enough, he himself felt no premonitions of death. Rather, the whole matter still seemed to him just a gesture, a collection of garbled messages that had muttered over the radio. People had kept telling him before he had come out here, shutting himself off in the wilds, that there would be a war. He had always laughed at them, even when the rumours had flourished thick and fast.

Now all those people would say: “Well, we told you so.” Then he remembered that, if the news on the radio had been true, there were no people left. Only destroyed cities and pillars of radioactive fire, staining the heavens and the surrounding countryside with flowers of delicate purple and red.

“It’s odd,” went on Burnett, as the silence lengthened, “but I don’t seem to miss her as much as I should. Maybe there’s something wrong with me. Maybe it’s the shock of all this happening so suddenly. No warning. No intimation that either side was going to start anything. Even if she’s dead, and somehow I think she is, I don’t think I’ll be sad.”

“Listen,” said Martin, taking his arm, standing beside him. “Everybody has to leave something behind when he dies, even in the split second it takes for a hydrogen bomb to explode. Maybe she thought of that, if there was time for her to think of anything.”

“I know. So what are we getting so excited about? Do we stay here where we’re safe until our rations run out or do we go out and try to make contact with anyone else who might still be alive?”

“Well,” said Rainey, speaking for the first time. “I guess we haven’t much choice. If we stay here, impotent, we can never stave off its ultimate demise. I think we’ve got to go out there, taking every possible precaution, of course, and see what things are really like.”

“Fine,” said Norcross. He felt better now that someone had taken the initiative, taken the decision. He had a certain sense of surprise that it had been this particular decision and he felt a sudden slight sense of uneasiness.

“It’ll be a lonesome trip,” said Fife, raising himself from his bunk. There were dark purple circles smudged under his grey eyes.

“We’ll take the heavy diesels and travel in pairs.” said Rainey decisively. “There are six of us here. We’ll branch out in three directions, cover as much of the area as possible that way. We ought to be able to carry enough food and water with us to see us through to the Canadian border. Once there, there should be some place where the radiation hasn’t touched, somebody alive”.

“Then you think there’s really a chance of survivors?” Fife turned his attention from the radio.

“I see what you mean.” Fife left the radio tuned to the wavelength which had been that of a powerful station. If it came back on the air at any time, they would hear it.

In those few days just past, there had been the dust of death in the air, between the clouds and over the earth, among the falling buildings and eating its way into the flesh and bones of the dead and the living. There was no belief, no knowledge, in the five seconds before the bombs struck the city; yet moments later, even before the scream of the rockets could be heard, the city was a desert, a wilderness, covered by a cloudburst of fire and atom heat.

The bombs set the tall, beautiful buildings afire, transmuted the roads and reservoirs to flowing lava, threw a million windows to the ground where they lay like shattered crystals reflecting the oven heat above for a brief instant before they, too, were boiled into vapour.

The city vanished in a moment of time, in a heat that was born of the sun itself. The sound of its dying went up into a silent, unresponsive sky.

In the morning, the panic and the sense of unreality was still there. The radio had been silent since the previous night. They were still in contact with the artificial satellite, circling the globe once every five hours, but the importance of that was fading rapidly.

High overhead, it was out of touch with anything that went on below. Detached and aloof in its mechanical orbit, the eyes of the world had followed it, watched it closely through lenses of perfect crystal, computed its position to within the smallest fraction of a mile, used the data it had transmitted back to them to control the weather, predict the changes of the sun and the stars, and a hundred other things; but now all that was less than nothing. They left it where it was, knowing it would disintegrate and destroy itself harmlessly when frictional forces slowed it sufficiently to bring it into the lower reaches of the atmosphere.

They had made their final preparations over breakfast and as always, when he was working to a definite plan, even if at the time it seemed futile and dangerous, Martin Norcross felt more calm and relaxed than at any moment during the past five days.

The snow-truck was almost brand new and fitted with special tyres for negotiating the ice-covered roads around the camp. The engine was atomically driven, sealed behind chambers of lead and beryllium and would run continuously at full power for as long as he was likely to require it.

Their names had been picked from a hat and Glyn Burnett had been drawn to accompany him. Their projected route lay through Yukon Territory, Mackenzie Territory and Alberta and then, if necessary, and practical, down into the United States. The others were heading in different directions and it was possible that once they parted here with the wind keening dismally about them, they might never see or hear from each other again.

He climbed into the snow-truck and waited for Burnett to clamber up beside him. Rainer came and peered in at them.

“Watch yourselves all the way,” he said, trying to speak casually, but with a white-knuckled grip on the side of the truck. “Above all, keep the Geiger switched on as a check for radiation. It will be dangerous and there’s no telling how close they actually came to us with those rockets.

“If you come to any place where the bombs hit, go round it, you can be sure there won’t be anyone still alive. Not anyone you can help, anyway.”

“What if we locate a community that has survived?” asked Burnett.

“Stick with them, at least for a while. That’s my advice. This is one hell of a business. I saw it coming a long time ago, but I couldn’t bring myself to believe that anyone, no matter how dictatorial or ruthless, would start an atomic war.”

“Maybe.” There was a long pause. Norcross had the uncomfortable feeling that this was one question which ought not to have been asked. He fingered the starter, reluctant to switch on the engine, somehow not wanting to leave and embark on that lonely journey.

“Hell, I hope so,” said Rainer. “There has to be somebody else still living. If we’re the only ones—”

He broke off and Norcross could see the cold fear at the back of his eyes.

“We’re not!” snapped Norcross abruptly. “There’ll be someone else. All we have to do is find them. Once we get a handful of radios and transmitters, we ought to be able to contact others.”

“Sure. Sure. Why didn’t we think of that before?” Rainer grasped at the statement like a dying man clinging pathetically to a log. He laughed suddenly. “Keep listening out for us because we’ll be transmitting as soon as we get the apparatus ready.”

“We will,” called Burnett.

Norcross started the engine, raced it for a second at full power, before they moved forward, the balloon tyres throwing up great white clouds of finely powdered snow so that at times, the road before them was completely hidden from view.