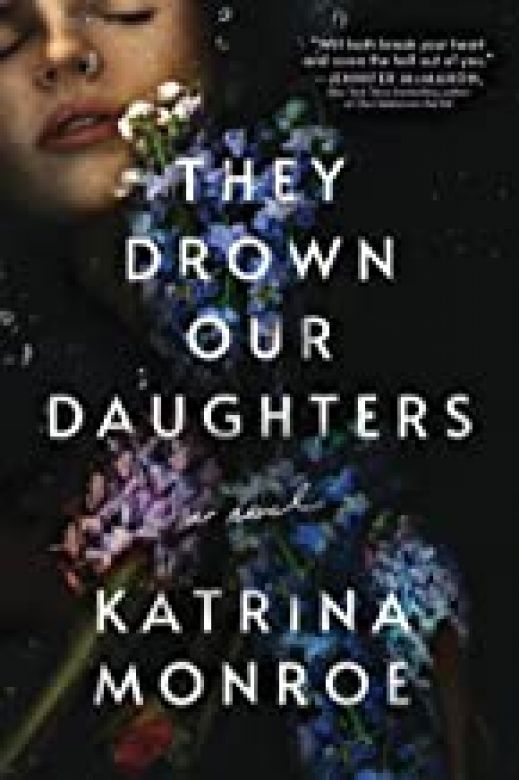 If you can hear the call of the water, it's already far too late.

They say Cape Disappointment is haunted. That’s why tourists used to flock there in droves. They’d visit the rocky shoreline under the old lighthouse’s watchful eye and fish shells from the water as they pretended to spot dark shapes in the surf.

Now the tourists are long gone, and when Meredith Strand and her young daughter return to Meredith’s childhood home after an acrimonious split from her wife, the cape seems more haunted by regret than any malevolent force.

But her mother, suffering from early stages of Alzheimer’s, is convinced the ghost stories are real. Not only is there something in the water, but it’s watching them.

Waiting for them. Reaching out to Meredith’s daughter the way it has to every woman in their line for generations—and if Meredith isn’t careful, all three women, bound by blood and heartbreak, will be lost one by one to the ocean’s mournful call.

Part modern gothic, part ghost story, They Drown Our Daughters explores the depths of motherhood, identity, and the lengths a woman will go to hold on to both. 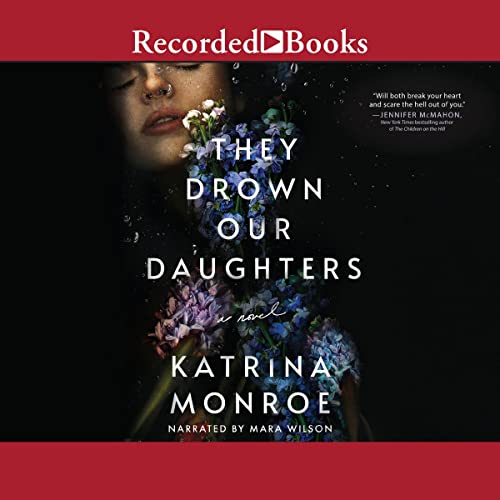 The peninsula curved like a crooked finger, beckoning ships and people with its siren song of safe harbor. From atop the bridge, Meredith could just make out the mouth of the Columbia River, the place they called the Graveyard of the Pacific, where the remains of dozens of ships littered the brackish floor. Beyond the mouth of the river, hidden along the coast behind a bluff, was Dead Man’s Cove, nestled just inside Cape Disappointment’s town limit. Farther, just visible in the distance, was the lighthouse, standing sentry against the too-bright autumn sky. On the other side of the lighthouse, down the hill barely half a mile, was her mother’s house.

In the backseat, her seven-year-old daughter, Alice, pressed her face to the window, half a Kit Kat congealing in her fist. Her hair was a nest of tangles, and her too-small nightgown pinched her upper arms.

She still hadn’t asked where they were going, why Mama Kristin wasn’t with them, and Meredith wasn’t offering any answers. Kids are resilient, she told herself. Alice will be fine.

She almost believed it.

The last time Meredith had come back to Cape Disappointment, it’d been to bury her stepdad. It had been September, a little over five years ago, after Alice was born and after her courtroom marriage to Kristin. She’d had to explain to her mother, to friends, why they hadn’t been invited. We didn’t want to jinx it, she’d said, as though they could lock their marriage in a secret cabinet, safe. Hidden. Preserved. Guarded as it was, the marriage was doomed to break. How were they supposed to know it’d be them that did the breaking?

When she and Alice showed up at her front door, Meredith’s mother, Judith, looked both sad and surprised to see her, ushering them through the door with the resignation of a woman with a death sentence getting her first look at the firing squad.

Judith sighed, walking deeper into the house with Alice at her heels. “That’s that, then.”

They followed Alice as she ducked in and out of rooms, a one-sided game of hide-and-seek, before finding themselves all together in the kitchen. Meredith should have felt at ease moving through her childhood home, plucking sugary-sweet memories from the air like candy, but the longer she’d been away, the more foreign the place felt. Like seeing the place through different eyes, she saw the flaws—in the house, in her mother, in herself.

“Kristin and I are separating,” Meredith blurted after the silence between them had gotten too long, too awkward. She’d been battling the entire way how to tell her mother, mind bending in complicated word gymnastics as she tried to phrase it in a way that didn’t make it sound like a failure, but from the moment she’d walked through the door, her head was a blank.

“Divorce isn’t the end of the world,” Judith said as she dug through the junk drawer in the kitchen. “Keys got to be here somewhere.”

They’d only just arrived and already Meredith and her mother were fighting. A new record.

Judith sighed, still digging. She pulled out a flashlight, the warranty for a microwave she no longer had, a sandwich bag of batteries. Alice grabbed the flashlight and flicked the switch on and off, growing frustrated when nothing happened.

“It’s dead, darlin’,” Judith said. Then, glancing up at Meredith, “She looks good.”

“Of course she does.” Meredith snatched a lock of black hair and tugged. Alice yelped, then laughed. “She’s mine.”

Judith didn’t respond. Up to her elbow in the drawer now, she closed her eyes, focusing. “Aha!” She pulled out her hand and held up a set of keys that hung on a small metal ring, behind a cartoon frog key chain. She handed them to Meredith.

“And I need them because…?”

“With Alice here”—Judith snatched a glance at Alice, who still hadn’t given up on the flashlight, banging it on the floor—“someone needs to keep the light on.”

“I thought it was automatic.”

“It’s not that much to ask is it? You show up with Alice and a couple of suitcases expecting me to take you in…all I ask is that you keep the light on. It’s important.”

Meredith clenched her fist around the keys. The teeth dug into her palm. “I didn’t expect anything, Mom. I just wanted…” Somewhere safe? “I didn’t have anywhere else to go.” Alice looked up at her, a frown forming that would no doubt turn to tears if this kept up. She smiled at Alice, then turned back to her mother, smile straining. “We can leave if you want. Get a hotel or something.”

And eat up what little savings she had separate from their joint accounts. She was terrified to touch anything in them, worried it’d send some kind of signal to Kristin. If a hotel bill showed up on the credit card statement, what would that say to her? Separation’s great, look what fun I’m having? Or I’m so desperate and alone without you?

Judith ignored her. “It’s for Alice. We have to keep her safe. You know what would happen if—”

“Mom.” Meredith lowered her voice. The last thing she needed was Alice to get all worked up over something hiding in the dark, waiting to get her. So far, she’d handled everything with more grace than Meredith, nodding with sage understanding as Meredith finally explained that they were going on a little vacation without Mama Kristin, and not to worry, they would be back, and did she want to get a new stuffed penguin or dinosaur? “Nothing is going to happen. Okay?”

“Mom?” Alice had abandoned the flashlight and was looking up at Meredith with a pained expression.

All the fight went out of her at the sight of her daughter, little wrinkles between her eyebrows and her mouth twisted with concern. Alice had witnessed almost every fight between Meredith and Kristin over these last few months, and she could only imagine how it had affected her. But how could she have protected Alice from them when she couldn’t protect herself? The fights came out of nowhere, a series of sharp, lethal bites. She could never come up with the right things to say to fix it, so she eventually stopped saying anything at all. Then Kristin accused her of being complacent. She said Meredith wasn’t trying. But what was Meredith supposed to do when her partner of ten years came to her claiming to be unhappy and then refused to say another word on the matter?

Meredith’s parents had never argued much; it was always Meredith and her mother. She’d promised herself that coming out here would spare Alice the brunt of the inevitable collapse of her relationship with Kristin, but being around her mother brought out a juvenile combativeness she’d thought she’d left behind.

She hoped bringing Alice to the cape, getting them both away from everything, would, if not fix things, at least make them tolerable. It was easier to look at her problems from a distance, through the wrong end of a telescope, making them smaller, more manageable. Years away from the cape, though, had blurred the memory of this place, leaving visible only the beatific and obscuring that which had given her nightmares.

Nightmares fueled by her mother’s paranoia.

“You know why we have to do this,” Judith said, almost under her breath.

Meredith sighed. Twisted a bit of Alice’s hair around her finger again. “Okay, Mom. I’ll go up and look around. I’m sure it won’t be hard to figure out.”