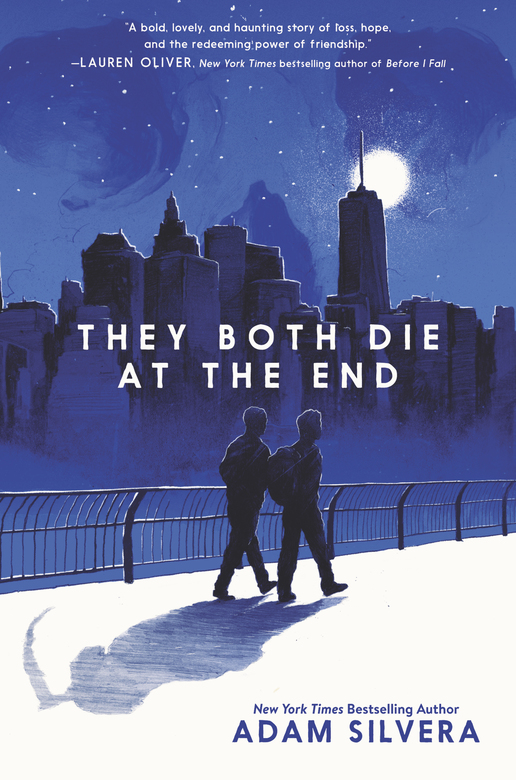 A love story with a difference - an unforgettable tale of life, loss and making each day count in the INTERNATIONAL NO. 1 BESTSELLING book of TIKTOK fame, clocking up 80 million views and counting! The First to Die at the End, the prequel to They Both Die at the End, is now available to pre-order in hardback, coming October 2022.

On September 5th, a little after midnight, Death-Cast calls Mateo Torrez and Rufus Emeterio to give them some bad news: they're going to die today. Mateo and Rufus are total strangers, but, for different reasons, they're both looking to make a new friend on their End Day. The good news: there's an app for that. It's called the Last Friend, and through it, Rufus and Mateo are about to meet up for one last great adventure - to live a lifetime in a single day.

Another beautiful, heartbreaking and life-affirming book from the brilliant Adam Silvera, author of More Happy Than Not, History Is All You Left Me, What If It's Us, Here's To Us and the Infinity Cycle series.

'There isn't a teenager alive who won't find their heart described perfectly on these pages.' Patrick Ness, author of The Knife of Never Letting Go

'Adam Silvera is a master at capturing the infinite small heartbreaks of love and loss and grief.' Nicola Yoon, author of Everything, Everything

'A phenomenal talent.' Juno Dawson, author of Clean and Wonderland 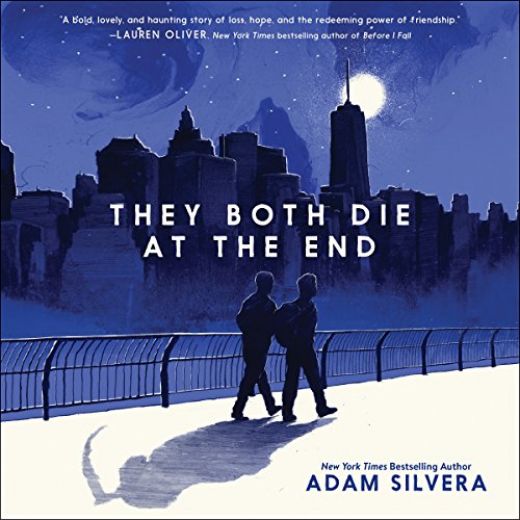 1:06 A.M.
I’m back in my bedroom—so much for never returning here again—and I immediately feel better, like I just got an extra life in a video game where the final boss was kicking my ass. I’m not naive about dying. I know it’s going to happen. But I don’t have to rush into it. I’m buying myself more time. A longer life is all I’ve ever wanted, and I have the power to not shoot that dream in the foot by walking out that front door, especially this late at night.
I jump into bed with the kind of relief you only find
when you’re waking up for school and realize it’s Saturday. I throw my blanket around my shoulders, hop back on my laptop, and—ignoring the email from Death-Cast with the time-stamped receipt of my call with Andrea—continue reading yesterday’s CountDowners post from before I got the call.
The Decker was twenty-two-year-old Keith. His statuses didn’t provide much context about his life, only that he’d been a loner who preferred runs with his golden retriever Turbo instead of social outings with his classmates. He was looking to find Turbo a new home because he was pretty sure his father would give ownership of Turbo to the first available person, which could be anyone because Turbo is so beautiful. Hell, I would’ve adopted him even though I’m severely allergic to dogs. But before Keith gave up his dog, he and Turbo were running through their favorite spots one last time and the feed stopped somewhere in Central Park.
I don’t know how Keith died. I don’t know if Turbo made it out alive or if he died with Keith. I don’t know what would’ve been preferred for Keith or Turbo. I don’t know. I could look into any muggings or murders in Central Park yesterday around 5:40 p.m., when the feed stopped, but for my sanity this is better left a mystery. Instead I open up my music folder and play Space Sounds.
A couple years ago some NASA team created this special instrument to record the sounds of different planets. I know,
it sounded weird to me too, especially because of all the movies I’ve watched telling me about how there isn’t sound in space. Except there is, it just exists in magnetic vibrations. NASA converted the sounds so the human ear could hear them, and even though I was hiding out in my room, I stumbled on something magical from the universe—something those who don’t follow what’s trending online would miss out on. Some of the planets sound ominous, like something you’d find in a science fiction movie set in some alien world—“alien world” as in world with aliens, not non-Earth world. Neptune sounds like a fast current, Saturn has this terrifying howling to it that I never listen to anymore, and the same goes for Uranus except there are harsh winds whistling that sound like spaceships firing lasers at each other. The sounds of the planets make for a great conversation starter if you have people to talk to, but if you don’t, they make for great white noise when you’re going to sleep.
I distract myself from my End Day by reading more CountDowners feeds and by playing the Earth track, which always reminds me of soothing birdsong and that low sound whales make, but also feels a little bit off, something suspicious I can’t put my finger on, a lot like Pluto, which is both seashell and snake hiss.
I switch to the Neptune track.

1:32 A.M.
Scrolling through CountDowners is a very serious downer. But I can’t look away because every registered Decker has a story they want to share. When someone puts their journey out there for you to watch, you pay attention—even if you know they’ll die at the end.
If I’m not going outside, I can be online for others.
There are five tabs on the site—Popular, New, Local, Promoted, Random—and I browse through Local searches first, as usual, to make sure I don’t recognize anyone. . . . No one; good.
It could’ve been nice to have some company today, I guess.
I randomly select a Decker. Username: Geoff_Nevada88. Geoff received his call four minutes after midnight and is already out in the world, heading to his favorite bar, where he hopes he doesn’t get carded because he’s a twenty-year-old who recently lost his fake ID. I’m sure he’ll get through okay. I pin his feed and will receive a chime next time he updates.
I switch to another feed. Username: WebMavenMarc. Marc is a former social media manager for a soda company, which he’s mentioned twice in his profile, and he isn’t sure if his daughter will reach him in time. It’s almost as if this Decker is right in front of me, snapping his fingers in my face.
I have to visit Dad, even if he’s unconscious. He has to know I made my way to him before I died.
I put down my laptop, ignoring the chimes from the couple accounts I’ve pinned, and go straight to Dad’s bedroom. His bed was unmade the morning he left for work, but I’ve made it for him since then, making sure to tuck the comforter completely under the pillows, as he prefers it. I sit on his side of the bed—the right side, since my mother apparently always favored the left, and even with her gone he still lives his life in two sides, never writing her out—and I pick up the framed photo of Dad helping me blow out the candles of my Toy Story cake on my sixth birthday. Well, Dad did all the work. I was laughing at him. He says the gleeful look on my face is why he keeps this picture so close.
I know it’s sort of strange, but Dad is just as much my best friend as Lidia is. I could never admit that out loud without someone making fun of me, I’m sure, but we’ve always had a great relationship. Not perfect, but I’m sure every two people out there—in my school, in this city, on the other side of the world—struggle with dumb and important things, and the closest pairs just find a way to get over them. Dad and I would never have one of those relationships where we had a falling-out and never talked to each other again, not like these Deckers on some CountDowners feeds who hate their fathers so much they either never visited them on their deathbeds or refused to make amends before they themselves died. I slip the photo out of the frame, fold it, and put it in my pocket—the creases won’t bother Dad, I don’t think—and get up to go to the hospital and say my goodbye and make sure this photo is by his side when he finally wakes up. I want to make sure he quickly finds some peace, like it’s an ordinary morning, before someone tells him I’m gone.
I leave his room, pumped to go out and do this, when I see the stack of dishes in the sink. I should clean those up so Dad doesn’t come home to dirty plates and mugs with impossible stains from all the hot chocolate I’ve been drinking.
I swear this isn’t an excuse to not go outside.
Seriously.