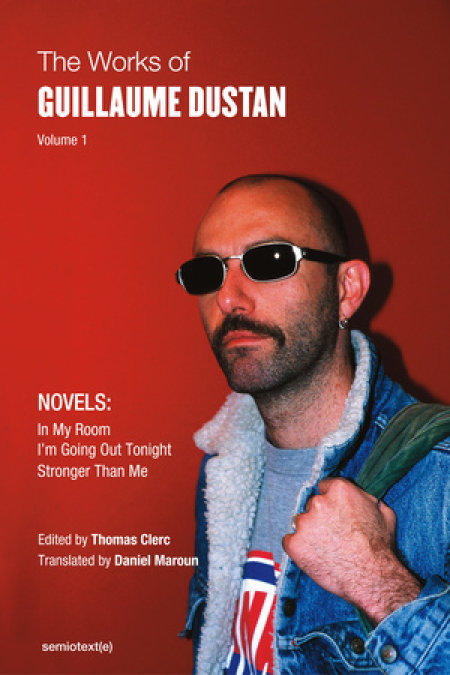 The Works of Guillaume Dustan, Volume 1

Guillaume Dustan' first three novels, published in French between 1996 and 1998, describing the narrator's sexual odyssey through a Paris still haunted by AIDS.

This volume collects a suite of three wildly entertaining and trailblazing short novels by the legendary French anti-assimilationist LGBTQ+ writer Guillaume Dustan. Published sequentially in France between 1996 and 1998, the three novels are exuberant and deliberately affectless accounts of the narrator's sexual odyssey through a Parisian club and bath scene still haunted by AIDS.

In My Room (1996) takes place almost entirely in the narrator's bedroom. The middle volume, I'm Going Out Tonight (1997) finds him venturing out onto the gay scene in one long night. Finally, in Stronger Than Me (1998) the narrator reflects on his early life, which coincided with the appearance and spread of the AIDS virus in France.