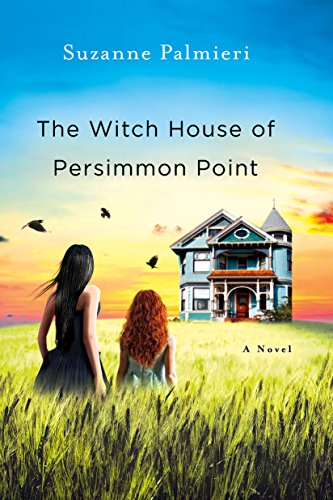 “It's rare to find a novel that sends shivers up your spine. The Witch of Persimmon Point not only leaves you spooked, it'll give you chills whenever you see it on your bookshelf.” – Redbook

This house is a whole other ball of wax. I’m sure its feelings are hurt as I write this. It fancies itself a horror house. Home of witches and murderesses. Of death and decay and destruction. And here I am calling it comforting…

When Byrd Whalen returns to her family’s ancestral home to uncover secrets threatening to destroy a legacy she holds dear, she gets more than she bargained for. Over the course of one harrowing weekend, the dark haunted histories of the Amore women reveal themselves, leading Byrd to question everything she's ever believed about herself.

In 1890, Nan, the Amore family matriarch, was sent away to America with little more than a baby and a rocking chair, quickly finding work on the sprawling estate of the wildly eccentric Green family. This new life is one she wanted: loving and free with a family that understands and shares in her magic. But when tragedy strikes, destroying the mansion and the precious lives inside, Nan is left alone and pregnant with Reginald Green’s child. With nothing more than the deed to the property, she builds a house from the rubble and a new, pragmatic life. It would become a haunted life that would lead to other haunted lives. It would become a house both terrible and wonderful. It would become known as “The Witch House.”

An unforgettable family saga in the Gothic tradition, Suzanne Palmieri’s The Witch House of Persimmon Point is her most powerful novel yet.

1
Journal Entry on the Night of the Biggest Doom