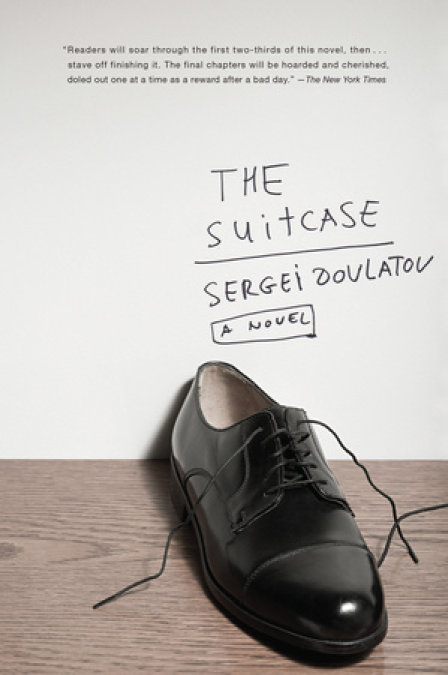 Sergei Dovlatov's subtle, dark–edged humor and wry observations are in full force in The Suitcase as he examines eight objects—the items he brought with him in his luggage upon his emigration from the U.S.S.R. These seemingly undistinguished possessions, stuffed into a worn–out suitcase, take on a riotously funny life of their own as Dovlatov inventories the circumstances under which he acquired them, occasioning a brilliant series of interconnected tales: A poplin shirt evokes the bittersweet story of a courtship and marriage, while a pair of boots (of the kind only the Nomenklatura can afford) calls up the hilarious conclusion to an official banquet. Some driving gloves—remnants of Dovlatov's short–lived acting career—share space with neon–green crepe socks, reminders of a failed black–market scam. And in curious juxtaposition, the belt from a prison guard's uniform lies next to a stained jacket that once belonged to Fernand Léger.

Imbued with a comic nostalgia overlaid with Dovlatov's characteristically dry wit, The Suitcase is an intensely human, delightfully ironic novel from "the finest Soviet satirist to appear in English since Vladimir Voinovich."