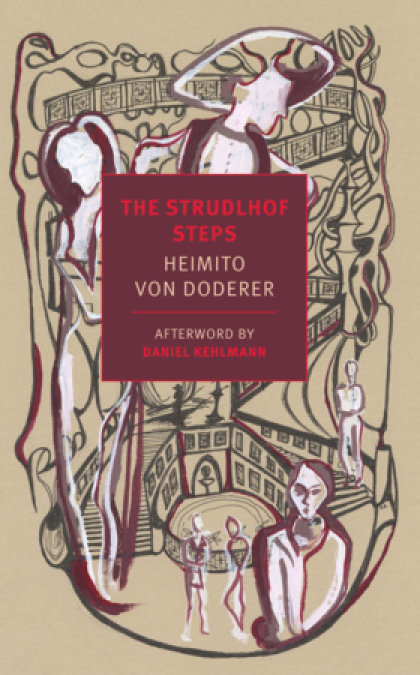 The first English translation of an essential Austrian novel about life in early-twentieth-century Vienna, as seen through a wide and varied cast of characters.

The Strudlhof Steps is an unsurpassed portrait of Vienna in the early twentieth century, a vast novel crowded with characters ranging from an elegant, alcoholic Prussian aristocrat to an innocent ingenue to “respectable” shopkeepers and tireless sexual adventurers, bohemians, grifters, and honest working-class folk. The greatest character in the book, however, is Vienna, which Heimito von Doderer renders as distinctly as James Joyce does Dublin or Alfred Döblin does Berlin. Interweaving two time periods, 1908 to 1911 and 1923 to 1925, the novel takes the monumental eponymous outdoor double staircase as a governing metaphor for its characters’ intersecting and diverging fates. The Strudlhof Steps is an experimental tour de force with the suspense and surprise of a soap opera. Here Doderer illuminates the darkness of passing years with the dazzling extravagance that is uniquely his.