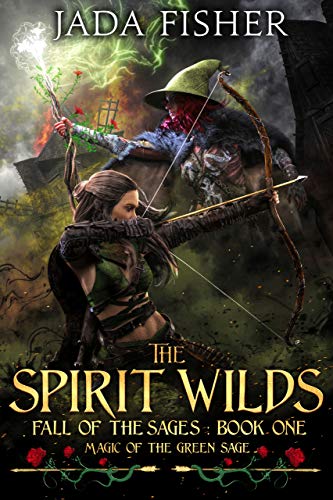 The Spirit Wilds: Magic of the Green Sage

What if everything you worked your entire life for was taken away in an instant…and then you were forced to ally with those responsible?

The first book in the action-packed, number one bestselling Fall of the Sages series.

Bishta the Black Sage was supposed to help maintain the balance between humans and spirits, magic and the mundane. Instead, she decided to end it all. Using long forgotten dark magic, she summons sinister forces to eliminate her rival Sages and reshape the world to her liking.

Life in the Spirit Wilds is peaceful, tranquil, and safe. Tuni Teal-eye wants more. After apprenticing herself to the Green Sage, she joins the power struggle between near-immortal Sages.

Dorrick Vane spent his life working to make his father proud and become a Knight of the Red Flame. When the intervention of Tuni and the Green Sage leads to a tragic first mission, he’s exiled from the knighthood by the Knight Commander himself. His father.

Tuni and Dorrick will have to put the past behind them so they can fight back against the Sage ultimately responsible for upending their lives. If they fail, the entire world will pay the price.

If you enjoy magical worlds and unforgettable characters, you don't want to miss this epic adventure from bestselling author Jada Fisher.