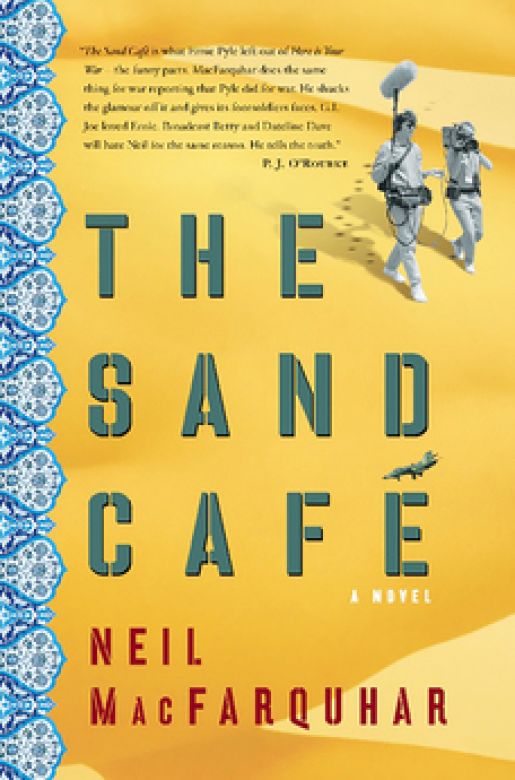 Dhahran Palace Hotel, Saudi Arabia, 1991. The US forces are massing on the border with Iraq, preparing to throw Saddam Hussein out of Kuwait. Men and material are arriving daily, helicopters and armor are training in the desert sand. There are rumors of Scud missiles, talk of the possibility of chemical attack, but in fact, nothing is really happening. With no story to report, the press is getting restive. The Sand Caf' is a satire of modern war reporting that mercilessly exposes the life of the foreign correspondent: endless scurrying trips in pursuit of a really big story, gathering frustration, brewing jealousy directed towards other reporters, especially those from better financed TV networks, and the stale smell of damp rot that comes from a combination of leaking air-conditioning and wretched carpeting in the hotel where the entire bedraggled press corps is housed. Boredom massages idle thoughts into wild excesses, even in a country that officially bans the sale of alcohol. Neil MacFarquhar, a veteran of the Middle East foreign press corps, has written a woundingly witty black comedy of those who bring us news from the front lines, exposing their vanities, rivalries and petty distractions. Love, lust for fame and the magnificent gilded hypocrisy of the regime in Saudi make this novel as revealing as it is compelling.