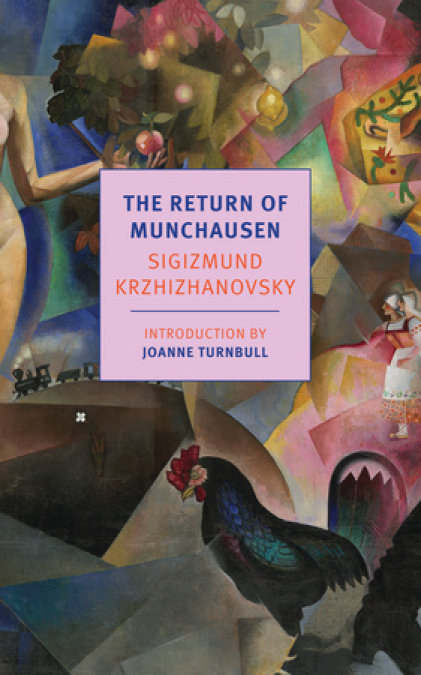 The Return of Munchausen

Baron Munchausen’s hold on the European imagination dates back to the late eighteenth century when he first pulled himself (and his horse) out of a swamp by his own upturned pigtail. Inspired by the extravagant yarns of a straight-faced former cavalry officer, Hieronymus von Münchhausen, the best-selling legend quickly eclipsed the real-life baron who helped the Russians fight the Turks. Galloping across continents and centuries, the mythical Munchausen’s Travels went through hundreds of editions of increasing length and luxuriance.

Sigizmund Krzhizhanovsky, the Russian modernist master of the unsettling and the uncanny, also took certain liberties with the mythical baron. In this phantasmagoric roman à clef set in 1920s Berlin, London, and Moscow, Munchausen dauntlessly upholds his old motto “Truth in lies,” while remaining a fierce champion of his own imagination. At the same time, the two-hundred-year-old baron and self-taught philosopher has agreed to return to Russia, Lenin’s Russia, undercover. This reluctant secret agent has come out of retirement to engage with the real world.