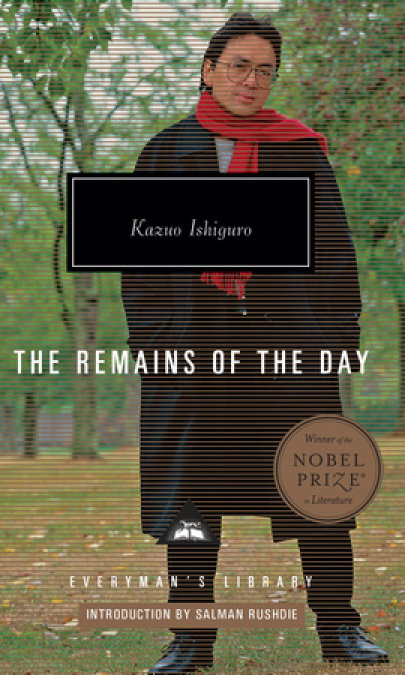 From the Nobel Prize–winning author, here is an elegant Everyman's Library hardcover edition of the universally acclaimed novel—winner of the Booker Prize, a bestseller, and the basis for an award-winning film—with full-cloth binding, a silk ribbon marker, a chronology, and an introduction by Salman Rushdie.

Here is Kazuo Ishiguro's profoundly compelling portrait of Stevens, the perfect butler, and of his fading, insular world in post-World War II England. Stevens, at the end of three decades of service at Darlington Hall, spending a day on a country drive, embarks as well on a journey through the past in an effort to reassure himself that he has served humanity by serving the "great gentleman," Lord Darlington. But lurking in his memory are doubts about the true nature of Lord Darlington's "greatness," and much graver doubts about the nature of his own life. 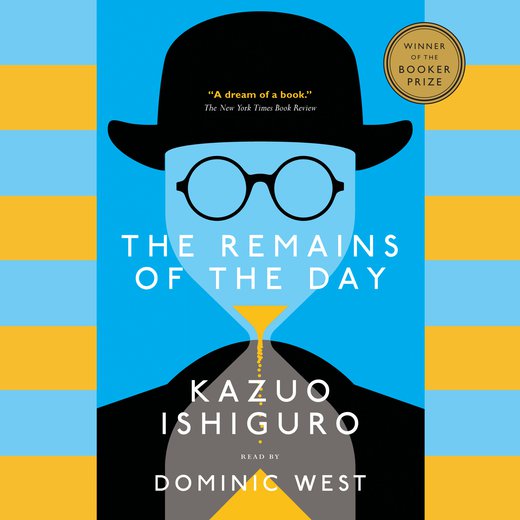 Excerpted from the Introduction by Salman Rushdie

‘I was very consciously trying to write for an international audience,’ Kazuo Ishiguro says of The Remains of the Day in his Paris Review interview (‘The Art of Fiction’, No. 196). ‘One of the ways I thought I could do this was to take a myth of England that was known internationally – in this case, the English butler.’

‘Jeeves was a big influence.’ This is a necessary genuflection. No literary butler can ever quite escape the gravitational field of Wodehouse’s shimmering Reginald, gentleman’s gentleman par excellence, saviour, so often, of Bertie Wooster’s imperilled bacon. But, even in the Wodehousian canon, Jeeves does not stand alone. Behind him can be seen the rather more louche figure of the Earl of Emsworth’s man, Sebastian Beach, enjoying a quiet tipple in the butler’s pantry at Blandings Castle. And other butlers – Meadowes, Maple, Mulready, Purvis – float in and out of Wodehouse’s world, not all of them pillars of probity. The English butler, the shadow that speaks, is, like all good myths, multiple and contradictory. One can’t help feeling that Gordon Jackson’s portrayal of the stoic Hudson in the 1970s TV series Upstairs, Downstairs may have been as important to Ishiguro as Jeeves: the butler as liminal figure, standing on the border between the worlds of ‘Upstairs’ and ‘Downstairs’, ‘Mr Hudson’ to the servants, plain ‘Hudson’ to the gilded creatures he serves.

Now that the popularity of another television series, Downton Abbey, has introduced a new generation to the bizarreries of the English class system, Ishiguro’s powerful, understated entry into that lost time to make, as he says, a portrait of a ‘wasted life’ provides a salutary, disenchanted counterpoint to the less sceptical methods of Julian Fellowes’s TV drama. The Remains of the Day, in its quiet, almost stealthy way, demolishes the value system of the whole upstairs-downstairs world.

(It should be said that Ishiguro’s butler is in his way as complete a fiction as Jeeves. Just as Wodehouse made immortal a world that never existed except in his imagination, so also Ishiguro projects his imagination into a poorly documented zone. ‘I was surprised to find,’ he says, ‘how little there was about servants written by servants, given that a sizable proportion of people in this country were employed in service right up until the Second World War. It was amazing that so few of them had thought their lives worth writing about. So most of the stuff in The Remains of the Day...was made up.’)


The surface of The Remains of the Day is almost perfectly still. Stevens, a butler well past his prime, is on a week’s motoring holiday in the West Country. He tootles around, taking in the sights and encountering a series of green-and-pleasant country folk who seem to have escaped from one of those English films of the 1950s in which the lower orders doff their caps and behave with respect towards a gent with properly creased trousers and flattened vowels. It is, in fact, July 1956 – the month in which Nasser’s nationalization of the Suez Canal triggered the Suez Crisis – but such contemporaneities barely impinge upon the text. (Ishiguro’s first novel, A Pale View of Hills, was set in post-war Nagasaki but hardly mentioned the Bomb. The Remains of the Day ignores Suez, even though that débâcle marked the end of the kind of Britain whose passing is a central subject of the novel.)

Nothing much happens. The high point of Mr Stevens’s little outing is his visit to Miss Kenton, the former housekeeper at Darlington Hall, the great house to which Stevens is still attached as ‘part of the package’, even though ownership has passed from Lord Darlington to a jovial American named Farraday who has a disconcerting tendency to banter. Stevens hopes to persuade Miss Kenton to return to the Hall. His hopes come to nothing. He makes his way home. Tiny events; but why, then, is the ageing manservant to be found, near the end of his holiday, weeping before a complete stranger on the pier at Weymouth? Why, when the stranger tells him that he ought to put his feet up and enjoy the evening of his life, is it so hard for Stevens to accept such sensible, if banal, advice? What has blighted the remains of his day?