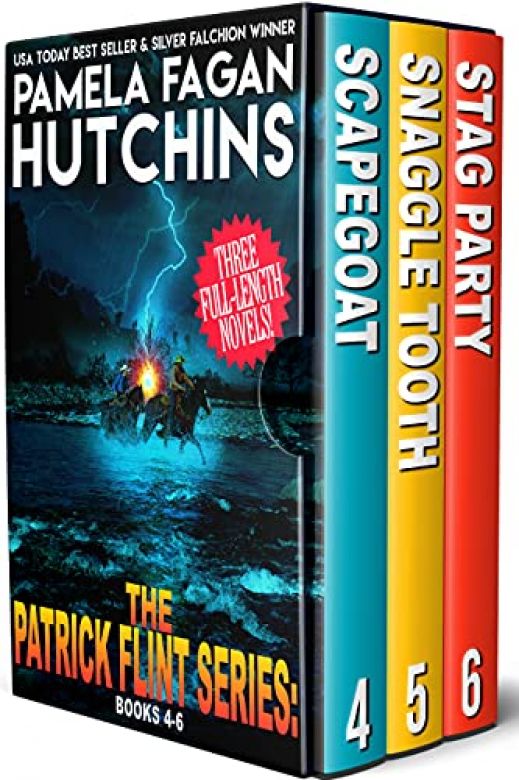 family.“Best book I’ve read in a long time!” — Kiersten Marquet, author of Three Reluctant PromisesAn unputdownable 3-mystery box set of suspenseful thrillers set in 1970s Wyoming, from USA Today bestselling author Pamela Fagan Hutchins.Scapegoat: When his son is critically injured on a river trip, Patrick Flint finds himself in a race against time and a gang of outlaws who are determined the Flints won't make it out of Wyoming's Gros Ventre Wilderness alive.Snaggle Tooth: When a plane crashes at the base of Black Tooth Mountain during a wicked summer storm, Patrick Flint’s moral compass leads him away from a trail ride with his family and to the wreckage in a search for survivors. But what he finds may teach him that not everything is what it seems, and not every life is worth saving. Stag Party: When a man who isn’t who he claims to be befriends Patrick Flint and his son during a wilderness excursion with movers and shakers from across the globe, it puts the father-son duo dead in the bullseye of a murder target. To stop a gang of ruthless killers, the Flints must unriddle the mystery man’s identity before the killers put a stop to them all.