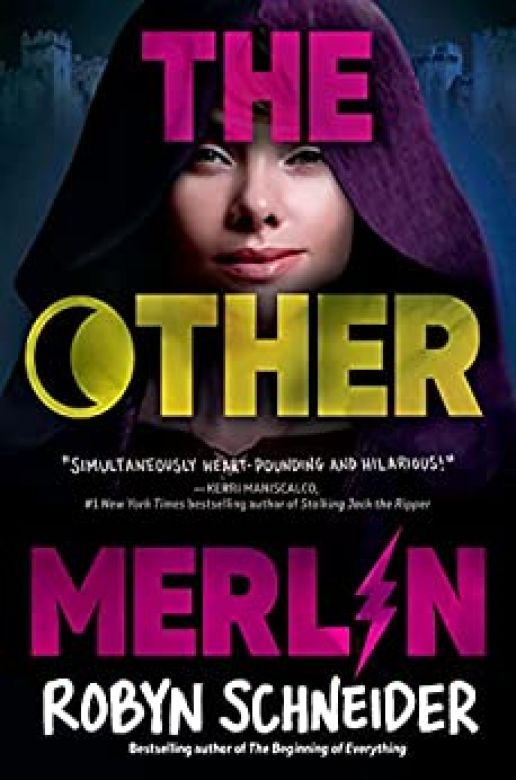 "Simultaneously heart-pounding and hilarious, Robyn Schneider gives us a veritable romp through Camelot fueled by adventure and romance."
—Kerri Maniscalco #1 NYT bestselling author of The Kingdom of the Wicked and Stalking Jack the Ripper


Channeling the modern humor of The Gentleman’s Guide to Vice and Virtue, bestselling author Robyn Schneider creates a Camelot that becomes the ultimate teen rom-com hotspot in this ultra-fresh take on the Arthurian legend.

Welcome to the great kingdom of Camelot! Prince Arthur’s a depressed botanist who would rather marry a library than a princess, Lancelot’s been demoted to castle guard after a terrible lie, and Emry Merlin has arrived at the castle disguised as her twin brother since girls can’t practice magic.

Life at court is full of scandals, lies, and backstabbing courtiers, so what’s a casually bisexual teen wizard masquerading as a boy to do? Other than fall for the handsome prince, stir up trouble with the foppish Lord Gawain, and offend the prissy Princess Guinevere.

When the truth comes out with disastrous consequences, Emry has to decide whether she'll risk everything for the boy she loves, or give up her potential to become the greatest wizard Camelot has ever known. 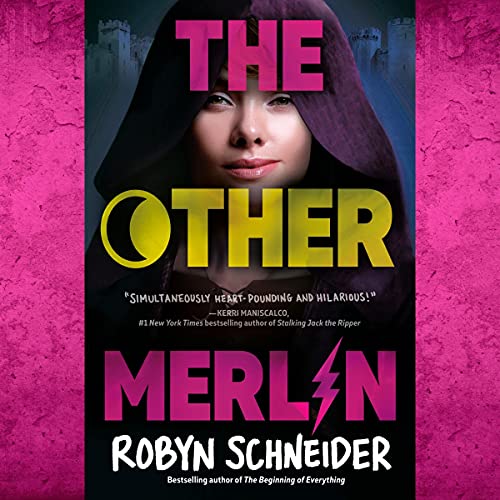 
“Why would a royal messenger give this to you?” Emmett asked, frowning suspiciously at the scroll.
He was sprawled at the kitchen table, boots up, jerkin loose, and a goblet of wine at his elbow. With his black hair and pirate’s grin, he was devastatingly handsome, and what’s worse, he knew it.
“He got mixed up,” said Emry, taking down some bowls for their supper. “I was at the theater, and I didn’t look particularly, well, ladylike.”
“One day you’ll get in trouble for that.”
“Tell me something I don’t know.” Emry sighed, ladling out their stew. She passed a bowl to Gran, who was knitting by the hearth, and set theirs on the table.
“King Yurien invaded Northumbria again,” Emmett said, draining his wine goblet. “Bet you didn’t know that. Overheard it at the Prancing Stag.”
“What were you doing at the Prancing Stag?” Like she even needed to ask.
“Kissing the innkeeper’s daughters and betting at merils,” Emmett said innocently. “The usual.”
Emry shook her head. Not over her brother’s rakish ways, which she’d accepted long ago, but over the news about King Yurien. “Northumbria’s pretty far away,” she said.
“It’s not that far,” Emmett insisted. “And it’s just as before. He took control of an unfortified castle along their border and burned the neighboring village. If he goes for Cameliard next, they’ll call for Camelot to intervene.”
He swallowed a mouthful of stew and started coughing.
Emry cautiously licked her spoon, making a face.
Not again.
“Gran?” she asked. “Did you add salt to the stew?”
“Yes, dear,” Gran murmured dreamily, knitting another stitch into a long grayish thing with a glove on one end and a sock on the other. “The weather is very nice.”
“Salt,” Emry insisted. “How much?”
“All of it, from the taste,” Emmett muttered, pushing away his bowl. “If you fix the stew, I’ll tell you what King Uther wants.”
“It’s a simple spell,” Emry grumbled, reaching for her wand. “I don’t know why you refuse to learn it.”
“My father was the greatest wizard who ever lived. Why should I bother with basic household spells?”
Because they’re useful, Emry thought, unlike you.
She aimed her wand at their supper.
Abdere.
She took a cautious taste. Spicy, which tended to happen when you magicked your meal. But no longer inedible.
“Ha!” Emmett cried triumphantly, flinging the scroll to the floor. “I’m going to be knighted!”
Emry let out a sharp laugh. “I didn’t realize sarding the innkeeper’s daughter counted as a noble deed,” she retorted.
“Well, I’m practically going to be knighted,” Emmett amended, shoveling a spoonful of stew into his mouth. “Ugh. Why does magic ruin the flavor of everything? Anyway, King Uther wants me to live at the castle and train to be the next court wizard.”
Emry’s spoon clattered into her bowl. She’d imagined a handful of reasons the king had summoned her brother to Castle Camelot, but nothing like this.
“That’s—that’s wonderful,” Emry said, wishing she truly meant it.
“It’s about time Father’s legacy came in useful,” Emmett went on. “I bet half the ladies at court will take one look at me and drop to their knees.” He grinned wickedly. “Openmouthed.”
Emry blushed. “Don’t say things like that in front of Gran,” she scolded.
Or me, she almost added, even though, between Emmett’s miscreant friends and the theater troupe, she’d heard far worse.
“Well, it’s true.” Emmett shrugged. “Probably. I’ve heard Prince Arthur’s nothing special. And we all know King Uther’s bald as my arse.”
“Keep talking like that, and you’ll find yourself in the castle dungeons,” Emry warned. “Or worse, the gallows.”
“Three days,” Emmett muttered, ignoring her. He scanned the scroll again, making a face. “I should probably brush up on some magic. What’d you do with Father’s books?”
“Next to my bed,” Emry said. “Help yourself.”
Emmett yawned, leaning back in his chair. “Maybe later. The innkeeper’s daughter wore me out.”
Of course she did, thought Emry.
It was all so enormously unfair. This was why their father hadn’t wanted to teach her. Why he’d brought her dolls and ribbons and had frowned when she’d mastered spells faster than her brother. He’d known this would happen.
Their father had served at the royal court. When he was alive, kings had trembled in fear of the great kingdom of Camelot, ruled by the powerful Uther Pendragon, and protected by the formidable Wizard Merlin. And now Uther wanted to continue that legacy, with Merlin’s son standing alongside his own.
Well, good luck with him.
Emmett drained his second glass of wine and rambled on about his day, but Emry had stopped listening. All she could think was, Emmett’s going to London, to live in a castle and learn magic. And not because he’s smarter than me, or older, or more talented. Because he’s Merlin’s son, and I’m just his daughter.