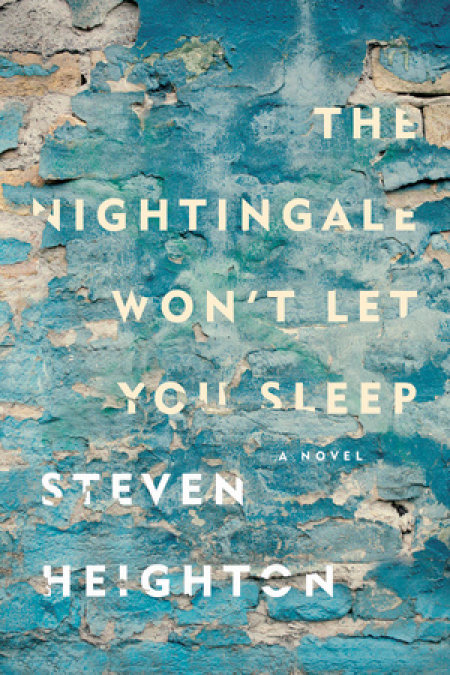 The Nightingale Won't Let You Sleep

From internationally acclaimed and Governor General’s Award-winning author Steven Heighton comes a passionate novel of buried secrets, the repercussions of war and finding love among the ruins


Elias Trifannis is desperate to belong somewhere. To make his dying ex-cop father happy, he joins the military—but in Afghanistan, by the time he realizes his last-minute bid for connection was a terrible mistake, it’s too late and a tragedy has occurred.
In the aftermath, exhausted by nightmares, Elias is sent to Cyprus to recover, where he attempts to find comfort in the arms of Eylül, a beautiful Turkish journalist. But the lovers’ reprieve ends in a moment of shocking brutality that drives Elias into Varosha, once a popular Greek-Cypriot resort town, abandoned since the Turkish invasion of 1974.
Hidden in the lush, overgrown ruins is a community of exiles and refugees living resourcefully but comfortably. Thanks to the cheerfully corrupt Colonel Kaya, who turns a blind eye, they live under the radar of the Turkish authorities.
As he begins to heal, Elias finds himself drawn to the enigmatic and secretive Kaiti while he learns at last to “simply belong.” But just when it seems he has found sanctuary, events he himself set in motion have already begun to endanger it.