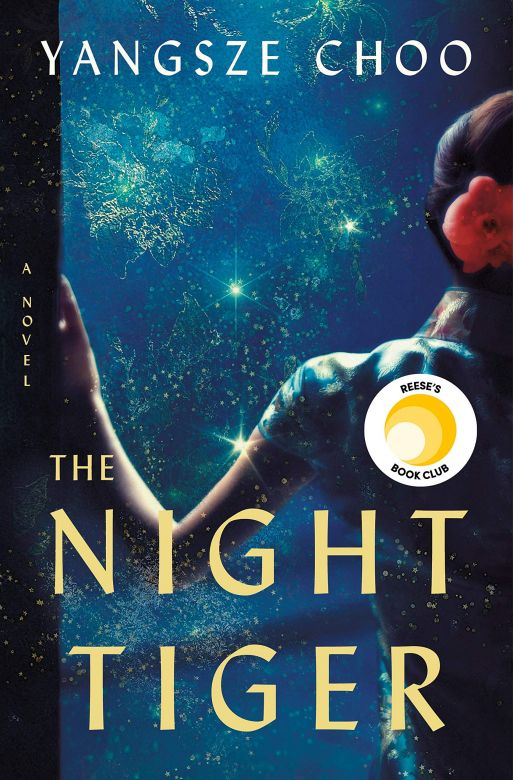 A sweeping historical audiobook about a dance hall girl and an orphan boy whose fates entangle over an old Chinese superstition about men who turn into tigers.

Quick-witted, ambitious Ji Lin is stuck as an apprentice dressmaker, moonlighting as a dance hall girl to help pay off her mother’s Mahjong debts. But when one of her dance partners accidentally leaves behind a gruesome souvenir, Ji Lin may finally get the adventure she has been longing for.

Eleven-year-old houseboy Ren is also on a mission, racing to fulfill his former master’s dying wish: that Ren find the man’s finger, lost years ago in an accident, and bury it with his body. Ren has 49 days to do so, or his master’s soul will wander the earth forever.

As the days tick relentlessly by, a series of unexplained deaths wracks the district, along with whispers of men who turn into tigers. Ji Lin and Ren’s increasingly dangerous paths crisscross through lush plantations, hospital storage rooms, and ghostly dreamscapes.

Yangsze Choo's The Night Tiger pulls us into a world of servants and masters, age-old superstition and modern idealism, sibling rivalry and forbidden love. But anchoring this dazzling, propulsive audiobook is the intimate coming of age of a child and a young woman, each searching for their place in a society that would rather they stay invisible. 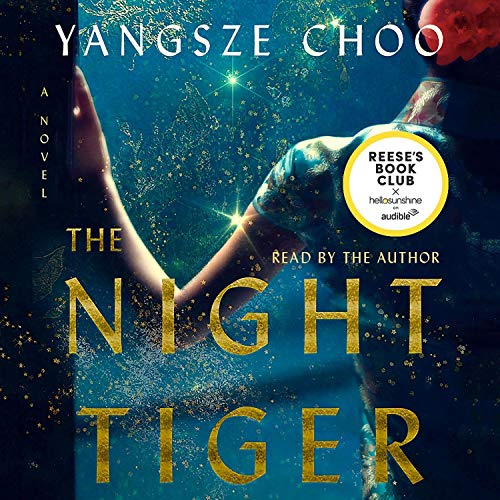 The old man is dying. Ren can see it in the shallow breaths, the sunken face, and the skin stretched thinly over his cheekbones. Yet he wants the shutters open. Irritably, he beckons the boy over, and Ren, his throat tight as though he’s swallowed a stone, throws open the second-story window.

Outside is a brilliant sea of green: the waving tops of jungle trees and a blue sky like a fever dream. The tropical glare makes Ren flinch. He moves to shield his master with his shadow, but the old man stops him with a gesture. Sunlight emphasizes the tremor of his hand with its ugly stump of a missing finger. Ren remembers how just a few months ago that hand could still calm babies and suture wounds.

The old man opens his watery blue eyes, those colorless foreign eyes that had frightened Ren so much in the beginning, and whispers something. The boy bends his cropped head closer.

“Say it.” The hoarse rasp is fading.

“When you are dead, I will find your missing finger,” Ren replies in a clear, small voice.

He hesitates. “And bury it in your grave.”

“Good.” The old man draws a rattling breath. “You must get it back before the forty-nine days of my soul are over.”

The boy has done many such tasks before, quickly and competently. He’ll manage, even as his narrow shoulders convulse.

At times like this the boy looks far younger than his years. The old man is sorry—he wishes he could do it himself, but he’s exhausted. Instead, he turns his face to the wall.

Forty-four is an unlucky number for Chinese. It sounds like “die, definitely die,” and as a result, the number four and all its iterations are to be avoided. On that ill-fated day in June, I’d been working at my secret part-time job at the May Flower Dance Hall in Ipoh for exactly forty-four days.

My job was a secret because no respectable girl should be dancing with strangers, despite our services being advertised as “instructors.” As perhaps we were for most of our customers: nervous clerks and schoolboys who bought rolls of tickets to learn to foxtrot and waltz or do the ronggeng, that charming Malay dance. The rest were buaya, or crocodiles, as we called them. Toothy smilers whose wandering hands were only deterred by a sharp pinch.

I was never going to make much money if I kept slapping them off like this, but I hoped I wouldn’t need to for long. It was to pay a debt of forty Malayan dollars that my mother had incurred at a ruinously high interest rate. My real day job as a dressmaker’s apprentice wasn’t enough to repay the money, and my poor foolish mother couldn’t possibly come up with it by herself; she’d no luck at gambling.

If she’d only left statistics to me, things might have turned out better as I’m generally good at numbers. I say this, but without much pride. It’s a skill that hasn’t been very useful to me. If I were a boy, it would be a different matter, but my delight in working out probabilities when I was seven years old was of no help to my mother, who’d just been widowed at the time. In the sad vacuum of my father’s passing, I spent hours penciling numbers on scraps of paper. They were sensible and orderly, unlike the chaos our household had descended into. Despite that, my mother kept her sweet vague smile, the one that made her look like the Goddess of Mercy, though she was probably worrying what we’d eat for dinner. I loved her fiercely, though more about that later.

The first thing the dance-hall Mama told me to do, when I was hired, was to cut my hair. I’d spent years growing it out, after teasing from my stepbrother Shin about how I looked like a boy. Those two long braids, neatly tied with ribbons just as they’d been all the years I’d attended the Anglo-Chinese Girls’ School, were a sweet symbol of femininity. I believed they covered up a multitude of sins, including the unladylike ability to calculate interest rates on the fly.

“But there are other girls with long hair,” I pointed out.

She sent me to an alarming woman who snipped off my braids. They fell into my lap, heavy and almost alive. If Shin could see me, he’d die laughing. I bent my head as she clipped, the nape of my exposed neck frighteningly vulnerable. She cut bangs in front and when I raised my eyes, she smiled.

Who was Louise Brooks anyway? Apparently, a silent movie star who was wildly popular a few years ago. I blushed. It was difficult to get used to the new fashion, in which flat-chested tomboys like me should suddenly become popular. Of course, being in Malaya and on the far outskirts of the Empire, we were sadly behind in style. British ladies who came East complained of being six to twelve months behind the London fashions. It was no surprise, then, that the craze for ballroom dancing and cropped hair was finally hitting Ipoh, when they’d been in full swing elsewhere for quite a while. I touched the shaved nape of my neck, afraid that I looked more like a boy than ever.

So it was as Louise that I was dancing the tango that afternoon of June third. Despite the faltering stock market, our bustling town of Ipoh was giddy with the rush of new buildings built on the wealth of tin and rubber exports. It was raining, an unusually heavy downpour for midafternoon. The sky turned the color of iron, and the electric light had to be switched on, much to the dismay of the management. Rain drummed loudly on the tin roof, which the bandleader, a little Goanese with a skinny moustache, tried his best to drown out.

The craze for Western dancing had led to the mushrooming of public dance halls on the outskirts of every town. Some were grand affairs, like the newly built Celestial Hotel, while others were no more than large sheds open to the tropical breeze. Professional dancers like myself were kept in a pen, as though we were chickens or sheep. The pen was a section of seats separated by a ribbon. Pretty girls sat there, each with a numbered paper rosette pinned to her breast. Bouncers ensured that nobody approached us unless they had a ticket, though it didn’t stop some men from trying.

I was rather surprised that someone asked me to tango. I’d never learned it properly at Miss Lim’s dancing school, where, as consolation for being forced to leave school by my stepfather, I’d been taught to waltz and, more daringly, foxtrot. The tango, however, wasn’t taught. It was too risqué, although we’d all seen Rudolph Valentino dance it in black and white.