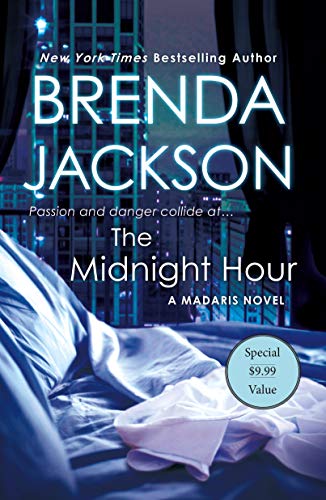 One, CIA agent Sir Drake Warren gave his heart to a woman—a fellow Marine whose death in an explosion left him aching for justice. Drake vowed he would never love again. But his devotion to his former lover is tested when he meets his mysterious new partner, Agent Victoria Green. With golden-brown eyes and skin like melted chocolate, Victoria leaves Drake yearning for the love he lost—and flirting closely with the white-hot passion he once knew, he's sure he'll get burned. . .

Few people know that Victoria was once a Marine named Sandy Carroll. . .and that she was embroiled in a fervent love affair with Drake until an explosion nearly killed her. Her life-saving surgery gave her a new face and identity—that of CIA operative Victoria Green. Now, Victoria is bound by duty to keep her true identity a secret, especially from Drake.

Paired on a deadly mission, Victoria's senses are awakened by Drake's every move. But just as the passion she's denied for so long threatens to boil over, Drake begins to put together the pieces of the puzzle. And when he does, will Victoria lose him forever? 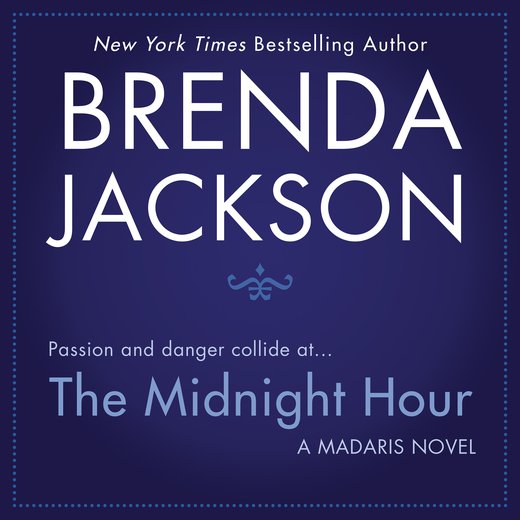 Drake Warren stepped into the elegant lobby of the Diamond Bay Resort and removed his aviator-style sunglasses. The chandeliers overhead made him squint against the startling intensity of the lights’ brightness. Glancing around he released a deep, ragged sigh.

After being on a six-month medical leave, he was back. The doctors had given him a clean bill of health and he was itching to return to the field. His experience with his “angel” had been his wake-up call and had assured him of one major thing. He still had work to do. After all, Solomon Cross was out there, wasn’t he? And Drake intended to find the man and make him pay for all he’d cost him.

While lying in that hospital bed as pain racked his body, it had been so much easier to give up and escape a world that had been so cruel to him and caused him so much pain. But he’d been pulled back from the threshold of the dead, given another lease on life and he planned to take full advantage of it.

He smiled when he thought of Ashton and his friend’s thoughts of “Drake’s angel.” According to Ashton the woman had been real, flesh and blood. That thought didn’t bother Drake any, but it had bothered Ashton and Trevor. Drake could only assume that neither of his good friends had taken the time to watch the television show Touched By An Angel. It was one of his favorites and whenever he was in one place long enough he made time to see it.

Everybody knew that an angel could take on many forms and if his angel had decided to be a doctor that night instead of just materializing in his room dressed in white, wearing a halo and showing off her wings, that was her business and he definitely wasn’t going to question her mode of arrival. He was just glad she had shown up when she had and had talked some sense into him.

For the first time in years he felt like a blessed man. He had his health back, and years ago he had inherited a huge track of land in the Tennessee mountains from his grandparents; land that kept him connected to his roots. Then there were the smart investments that he’d made over the years that had put him in a good financial position.

Checking his watch, he saw he had an entire hour to kill before his meeting with his new boss now that Hawk had retired. An unexpected encrypted message had been left on his computer that said he needed to report to Diamond Bay immediately for this urgent meeting. At the time he had been in Houston, visiting with Trevor, Ashton, and their families.

He couldn’t help but smile. After he had gotten discharged from the hospital, Trevor’s wife, Corinthians, and Ashton’s wife, Nettie, had decided he would come to Houston to recuperate. While he was there, Nettie had given birth to triplets, all boys, as Ashton had predicted. Babies and mother were doing well. He had attended the christening ceremony for Ashton’s sons where he and Trevor had become their godfathers.

Deciding he needed a caffeine fix, Drake walked across the lobby to the coffee shop. After his purchase he took a seat at one of the tables that overlooked the beautiful Atlantic Ocean. He was about to raise the coffee cup to his lips when a woman, who entered through the revolving doors of Diamond Bay, caught his attention. From where he sat she could not see him, but he had an excellent view of her. His gaze moved over her tall, lithe, curvy figure in pure male appreciation.

His breath suddenly caught when she walked over to the check-in desk, tugging a piece of luggage behind her. There was something about her walk…that for a minute he couldn’t move. Maybe it was the way her hips swayed with each step she took, or it could have been the way she held her head with such a proud tilt to it.

For a brief moment, she had reminded him of Sandy. He blinked and breathed in slowly, telling himself that Sandy was dead. In five years, this was the first woman who reminded him of her; not in her looks—she looked nothing like Sandy—but there was something about the way she moved…

She was wearing a pair of khaki shorts and a tank top and carried a cased tennis racket under her arm, giving an outsider the impression she was a vacationer who intended to play a few games of tennis. But he knew that the majority of the people who walked through Diamond Bay doors worked as operatives for the CIA under one operation or another. He wondered if she was an agent and if so, what department she worked for. He had never seen her before and could only assume she was a new recruit.

His eyes were drawn to her legs and he wanted to release a slow whistle of admiration, but doing so would have drawn attention. She had a gorgeous pair of legs, the kind that had always driven him crazy on Sandy. He slowly shook his head, again not believing he was comparing this person to the woman he had loved almost to distraction.

His gaze slowly moved back to her face and when she removed her sunglasses, an odd sensation hit him right in the gut, almost knocking the air out of him. He couldn’t understand the sudden jolt that went through his body, but her eyes were a gorgeous shade of dark brown…just like Sandy’s had been. They were so dark it seemed they were creamy dark chocolate, and totally complemented her cocoa complexion and dark brown shoulder-length hair. Then there were her lips, full and luscious, and painted a sultry red. A total turn-on.

For the first time in five years, he had had such a powerful and immediate reaction to a woman, and he quickly decided his reaction to her was purely a male response to a beautiful woman and had nothing to do with the things about her that reminded him of Sandy.

He thought about the other women he’d been involved with over the past few years. He hadn’t been celibate, but he had remained emotionally detached. Any woman he slept with had understood up front that whatever they shared in the bedroom stayed in the bedroom, and after a day or night of good mind-boggling sex, it didn’t matter to him if their paths never crossed again. They’d scratched each other’s itches.

And he didn’t see that changing anytime soon. All he wanted now, all he had wanted for the past five years was to find Solomon Cross and personally put the bastard out of his misery. Drake knew Cross was out there somewhere and it would be just a matter of time before the agency or the boys over at DEA tracked him down. And when that happened he was determined to make sure Cross never lived to spend even one stinking day in jail. He would not be satisfied until he avenged Sandy’s death.

Drake’s hand tightened around the cup he held, trying to rid his body of the anger that seeped through his veins whenever he thought of Sandy and how she had perished in that explosion. For a long time he had blamed himself for allowing her to go on the mission and not keeping a closer eye on her. No amount of therapy and counseling the marines had mandated that he undergo had been able to erase the sounds of her screams in that burning building just moments before he’d been knocked out cold by a flying piece of wood when the place had exploded. They were screams that he could not erase from his mind no matter how he’d tried.

Afterwards, he hadn’t wanted to see a therapist as Hawk had suggested. He hadn’t wanted to talk to anyone about the tragic event and had faced his hell alone. There had been the nightmares that would leave his body drenched in sweat, and the hours he would spend awake, reliving every detail of that day and refusing to let anything or anyone break open the wall of grief that surrounded him. Instead of facing his emotions, he threw himself into his work, using that as a way to purge the unforgiving emotions that were eating him alive. He had witnessed such a horrendous amount of ugliness and brutality that it was hard to get a grip on how life could possibly be for him again.

Closing his eyes briefly as tension seeped through him, he slowly opened them moments later after he’d gotten his mind and thoughts back on track. It was then that he noticed the stunning-looking woman was gone. He was again flooded with an unfamiliar feeling. There was something about her that had piqued his interest and already he had marked her as someone he intended to get to know.

He would definitely make it his business to find out who she was.