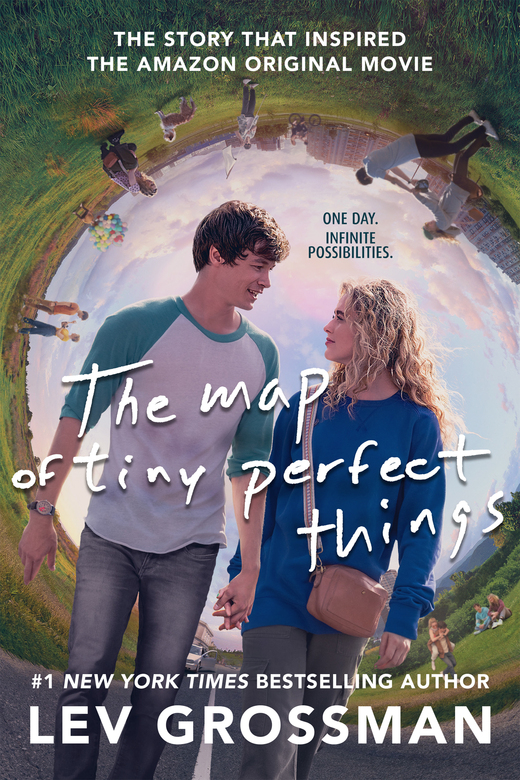 Mark is 17-years-old and trapped in a time loop, and that’s just fine with him. It’s summertime and he’s spending this one infinitely repeating day reading his way through the town library. Then he discovers someone else in the loop with him: the brilliant, haunted Margaret. Together Mark and Margaret set out to find every wonderful, amazing, perfect thing that happens in that one day—a journey that will take them to the dark secret that waits at the very heart of their endless day.

Thrilling, funny, and deeply romantic, this novella is perfect for fans of John Green, Nicola Yoon, and Jandy Nelson. 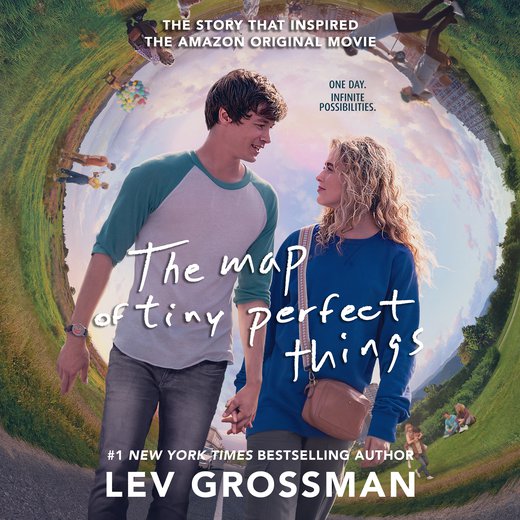 It was August 4th, and I guess it already had been for a while. To be totally honest I didn’t even notice the change at first. My life was already serving up these big fat sweltery summer days anyway, one after the other, each one pretty much exactly the same as the one before it… probably a more powerfully alert and observant person would have picked up on the change sooner.

What can I say, it was summer. It was hot. Anyway, here’s what was going on: Time had stopped.

Or it hadn’t stopped, exactly, but it got stuck in a loop.

Please believe me when I say that this is not a metaphor. I’m not trying to tell you that I was really bored and it seemed like summer would never end or something like that. What I’m saying is, the summer after my freshman year of high school, the calendar got to August 4th and gave up: Literally every single day after that was also August 4th. I went to bed on the night of August 4th. I woke up, it was the morning of August 4th.

The chain had slipped off the wheel of the cosmos. The great iTunes of the heavens was set on Repeat One.

As supernatural predicaments go it wasn’t even that original, given that this exact same thing happened to Bill Murray in Groundhog Day. In fact one of the first things I did was watch that movie about eight times, and while I appreciate its wry yet tender take on the emotional challenges of romantic love, let me tell you, as a practical guide to extricating yourself from a state of chronological stasis it leaves a lot to be desired.

And yes, I watched Edge of Tomorrow too. So if I ran into an Omega Mimic, believe me, I knew exactly what to do. But I never did.

If there was a major difference between my deal and Groundhog Day, it was probably that unlike Bill Murray I didn’t really mind it all that much, at least at first. It wasn’t freezing cold. I didn’t have to go to work. I’m kind of a loner anyway, so I mostly took it as an opportunity to read a lot of books and play an ungodly amount of video games.

The only real downside was that nobody else knew what was happening, so I had nobody to talk to about it. Everybody around me thought they were living today for the first time ever. I had to put a lot of effort into pretending not to see things coming and acting surprised when they came.

And also it was boiling hot. Seriously, it was like all the air in the world had been sucked away and replaced by this hot, clear, viscous syrup. Most days I sweated through my shirt by the time I finished breakfast. This was in Lexington, Massachusetts, by the way, where I was already stuck in space as well as time, because my parents didn’t want to pony up for the second session of summer camp, and my temp job at my mom’s accounting firm wouldn’t start till next week. So I was already killing time, even as it was.

Only now, when I killed time, it didn’t stay dead. It rose from the grave and lived again. I was on zombie time.

Lexington is a suburb of Boston, and as such is composed of a lot of smooth gray asphalt, a lot of green lawns, a lot of pine trees, a bunch of faux-colonial McMansions, and some cute, decorous downtown shoppes. And some Historick Landmarks—Lexington played a memorable though tactically meaningless role in the Revolutionary War, so there’s a lot of historical authenticity going on here, as is clearly indicated by a lot of helpful informational plaques.

After the first week or so I had a pretty solid routine going. In the morning I slept through my mom leaving for work; on her way she would drop my imp. . .