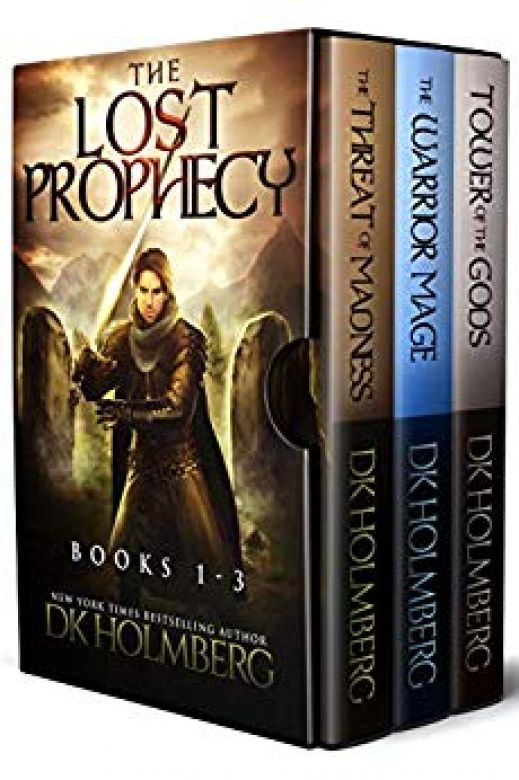 The epic beginning of the fantasy saga The Lost Prophecy series.

The arrival of the mysterious Magi, along with their near invincible guardians, signals a change. For Jakob, apprentice historian, and son of a priest, it begins an opportunity.

When his home is attacked, Jakob starts a journey that will take him far from home and everything he has ever known. Studying with a new swordmaster, he gains surprising skill, but also strange new abilities that make him fear the madness which has claimed so many has come to him. He must withstand it long enough to finish the dangerous task given to him, one that with his new abilities he may be the only person able to complete.

With a strange darkness rising in the north, and attackers moving in from the south, powers long thought lost begin to return. Some begin to suspect the key to survival is the answer to a lost prophecy, yet only a few remain with the ability to find it.

Books in series:
The Threat of Madness
Warrior Mage
Tower of the Gods
Twist of the Fibers
The Lost City
The Last Conclave
The Gift of Madness
The Great Betrayal