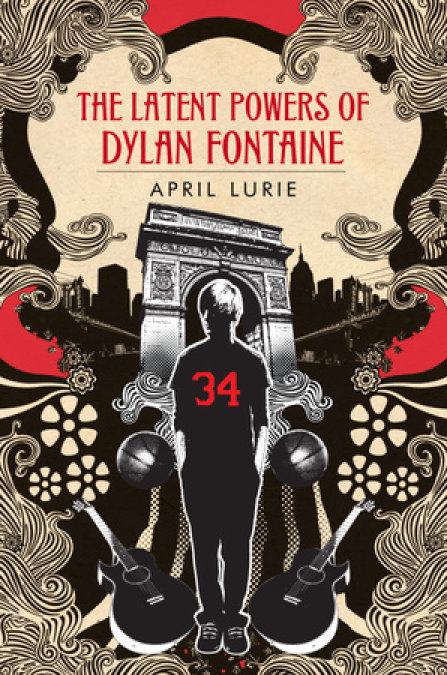 A MOTHER WHO split for another man.

An older brother who excels at everything—and smokes a lot of weed.

A best friend, of the feminine persuasion, who only wants to be a friend, and who’s shooting a film set in cool Greenwich Village, New York.

Dylan Fontaine’s life seems to be full of drama he can’t control. But when he stars in his best friend’s movie, Dylan discovers that, sometimes, life’s big shake-ups force you to take risks—and to step into the spotlight.

I CAN TELL YOU FROM EXPERIENCE that a jail cell is not a place you'd like to visit. Now, I'm no Papillon, and the police station serving the Sixty-eighth precinct in Brooklyn, New York, is no Devil's Island, but it sucks just the same. To give you a mental picture, for the past thirty minutes I've been sitting on a concrete bench staring at (1) a prehistoric toilet that is no doubt infested with E. coli and gonorrhea, (2) a very large, possibly mutated cockroach snacking on a green potato chip, and (3) an entire wall devoted to words and phrases that would put even Howard Stern under the table.

I'm waiting for my father to show up and bail me out. However, the two police officers who slapped the handcuffs on me outside the Century 21 department store are having a difficult time tracking him down. My dad is a doctor-ob-gyn, to be precise-so at the moment he could be delivering a baby, performing a hysterectomy, or doing some other procedure on a woman's body, which is something I'd rather not think about. Especially after reading Memoirs of a Pervert on the aforementioned wall.

Outside my cell, the nice cop, Officer Burns, hangs up the phone. "Hey, Dylan, looks like your dad will be here in twenty minutes."

The not-so-nice cop, Burns's partner, Officer Greenwood, arches an eyebrow like he's never before met such a polite juvenile delinquent, then pours himself a cup of coffee. He dumps in a buttload of creamer and stirs. I can't help myself. "Um, sir . . ." He looks up. "You might consider switching to milk or half-and-half. That stuff you just used, it's got a lot of trans fat."

He takes a gulp of his coffee and winces like he just scorched his throat. "Oh, is that so?"

I'm not being a wiseass. The truth is, for the past couple of months I've been doing our family's weekly food shopping, and I've become a little obsessed about additives, preservatives, artificial colorings, things like that. "Yeah, I read an article about it in Newsweek. The FDA has linked trans fats to soaring cholesterol levels. Just thought you might want to know."

He picks up the container of creamer and squints at the label. "Well," he says, "it's amazing I'm still alive." Then he rolls his eyes at Burns, who, because he's a nice guy, only smiles.

While the two of them fill out a pile of paperwork regarding yours truly, I go back to wondering what my father's reaction will be when he finds out the particulars of my arrest. I've never been in real trouble before, and since it's my seventeen-year-old brother, Randy, who's been screwing up lately, I figure I stand a pretty good chance of a lecture and a few weeks' grounding. And because my dad has other things on his mind, like the fact that my mother is now living in Greenwich Village with Philippe LeBlanc, her former art professor, he might consider the whole thing, well, trivial.

Twenty minutes later my dad walks through the door in his labor and delivery scrubs. Paper booties adorn his Nikes, and a surgical mask hangs from his neck. He sees me in the cell and rushes over. "Dylan, are you all right?"

He looks frazzled. "I don't believe this. I thought for sure they had the wrong kid. I mean, if they'd said it was Randy, I'd understand, but . . . Dylan, what's going on?"

I hold up one hand. "There is an explanation, Dad. It's just, well-"

Suddenly I realize that this is my ace in the hole. My dad must have delivered Burns's baby. Maybe even saved the kid's life. My dad turns around, and when he sees Burns he shakes his head and smiles wryly. "Well, what do you know? Michael Burns. How are you? How's Christina, how's the baby?"

Burns walks over and they shake hands while Greenwood watches from a distance, sipping his poisoned coffee. "Oh, they're fine," Burns says. "In fact, we just took Sarah in for her one-month checkup-she's already ten pounds. Here, let me show you." He reaches into his back pocket and pulls out a wallet, and when the two of them ogle baby Sarah, Officer Greenwood can't take it anymore. He picks up my stack of paperwork, raps it a few times against the desk, and clears his throat.

"Should we, uh, get down to business, gentlemen?"

No problem, I think. Anything to get on the good side of the law.