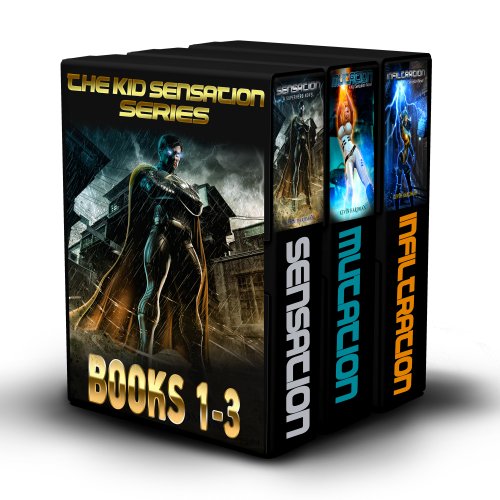 Additional books in the Kid Sensation Series include the short story Extraction and the upcoming fourth novel in the series, Revelation.

Like millions of other kids, Jim grew up wanting to be a superhero. Unlike most of his contemporaries, however, Jim actually had the goods: a plethora of super powers that would have been the envy of any meta on the planet. But when his tryout with the Alpha League - the world's premiere group of supers - goes disastrously wrong, Jim basically becomes an outcast.

Two years later, Jim is still bitter about what happened to him. However, he soon finds himself the centerpiece in an odd turn of events that gives him a second chance at his dream. But nothing is as easy as it sounds, as Jim soon discovers. Among other things, he's made an enemy of a prospective super teammate, he's being stalked by an unknown pursuer, and a shadowy cabal bent on world domination has identified him as the only obstacle to their plans.

It's a lot for one super to handle, even with a smorgasbord of abilities. But if saving the world were easy, everyone would do it...

Kid Sensation is back! The intrepid teen super with the plethora of powers returns in a new adventure.

Having saved the planet and earned a place with the world's premiere superhero team, Jim (aka Kid Sensation) is preparing to attend the prestigious Academy, where teen supers from every corner of the globe learn to master their abilities. At the same time, however, he is approached by a mysterious government organization that wants Jim to work for them - and they won't take “No” for an answer.

Moreover, at the Academy itself, an insidious and highly contagious virus is running amok through the student population, striking at the heart of their abilities. Students are losing control of their powers, with lethal consequences...

Now, in addition to evading the machinations of government agents, Jim must solve the mystery behind the virus - and how to stop it - before every super everywhere becomes fatally infected.


Having a surfeit of super powers is great for battling bad guys and saving the world, as Jim (aka Kid Sensation) is finding out, but less useful in dealing with day-to-day situations – like bonding with his superhero father, adjusting to a team environment, and coping with what might be perceived as a growing rivalry between himself and another teen super. On top of all that, despite having a serious girlfriend, he finds himself inexplicably drawn to a new female super he's just met.

At the same time, some villain has just gotten himself a new toy: an unknown weapon of tremendous power that is able to strike without warning, causing unprecedented destruction and loss of life. Perhaps more terrifying, the wielders of this weapon make no demands and issue no threats; they simply attack. Even the Alpha League, the world's greatest superhero team, is not immune, suffering an assault on their very own doorsteps.

It quickly becomes clear that the only way to stop this new evil is from within. With his unique abilities, Jim is the only person capable of infiltrating the enemy's ranks. It's up to him to figure out who is behind these attacks, what they want, and find a way to stop them – and their secret weapon – before they bring the entire world to its knees. 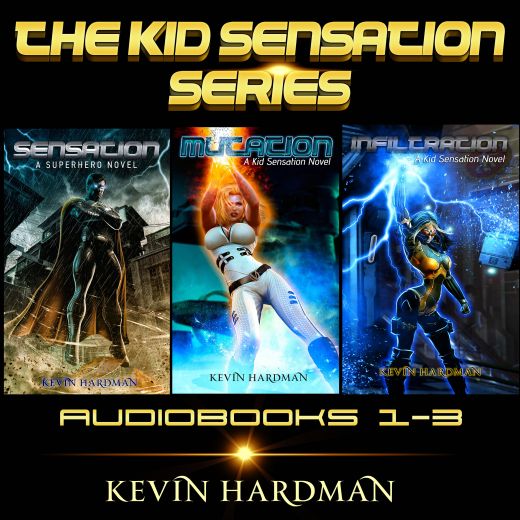