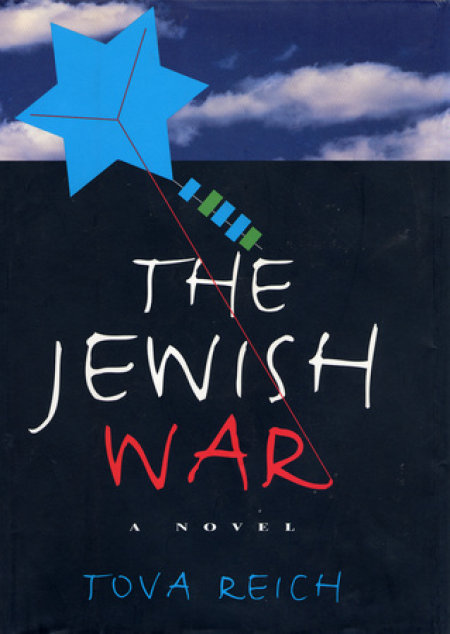 It is sometime in the near future, and the Israeli Army is about to descend upon a band of militant settlers who have proclaimed the secessionist Kingdom of Judea and Samaria. So begins this timely and brilliantly satiric novel—an all-too-real story of a modern-day Masada.

The Jewish War is most particularly the story of Yehudi HaGoel (formerly Jerry Goldberg of the Bronx), the fiery and charismatic king of an extreme Zionist sect. His divine mission: to hasten the coming of the Messiah and bring about the redemption. As we follow him from his youth in New York City and the Catskills to his hilarious, illicit passage to Israel during the Six-Day War and through his campaign to claim the sacred city of Hebron (the burial place of the Jewish Patriarchs and Matriarchs), we enter into a complex and troubled world rife with ancient passions. It is a world peopled with irreconcilables: religious Zionists, ultra-Orthodox anti-Zionists, Christian fundamentalists, Arab nationalists, secular Israelis, American supporters, and implacable military officers. Among these last is General Uri Lapidot, whose career is uncannily linked to HaGoel's and who is charged with the grim and unwanted task of leading the Israeli army against the secessionist kingdom in the final showdown.

By turns comic and tragic, The Jewish War is a stunning account of the struggle between political realities and historical vision, between the hope for peace and a fierce commitment to sacred, eternal truth. Written with deep authority and intense power, it brings to life haunting and universally resonant characters whose deepest yearnings are those that pursue us all.