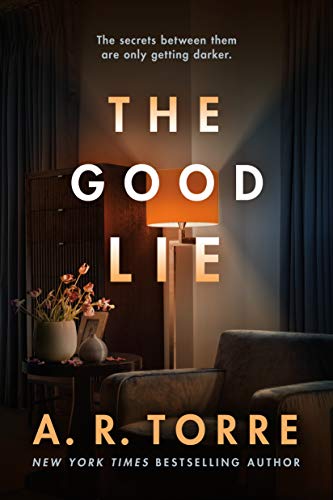 Six teens murdered. A suspect behind bars. A desperate father. In a case this shadowy, the truth is easy to hide.

Six teenagers dead. Finally, the killer behind bars. But are the games just beginning?

Psychiatrist Dr. Gwen Moore is an expert on killers. She's spent a decade treating California's most depraved predators and unlocking their motives—predators much like the notorious Bloody Heart serial killer, whose latest teenage victim escaped and then identified local high school teacher Randall Thompson as his captor. The case against Thompson as the Bloody Heart Killer is damning—and closed, as far as Gwen and the media are concerned. If not for one new development...

Defense attorney Robert Kavin is a still-traumatized father whose own son fell prey to the BH Killer. Convinced of Thompson's innocence, he steps in to represent him. Now Robert wants Gwen to interview the accused, create a psych profile of the killer and his victims, and help clear his client's name.

As Gwen and Robert grow closer and she dives deeper into the investigation, grave questions arise. So does Gwen's suspicion that Robert is hiding something—and that he might not be the only one with a secret. 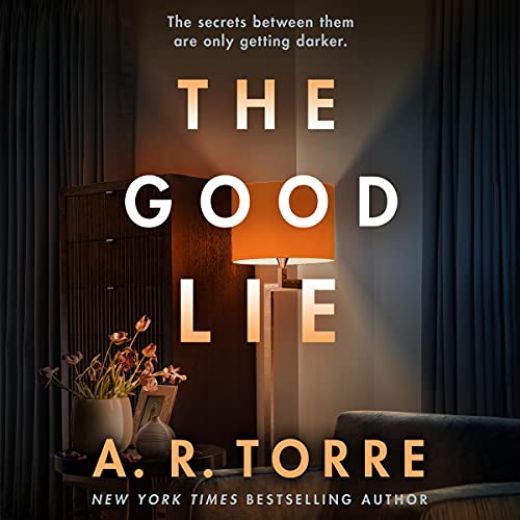 The prestigious street still held secrets of the horror. The missing-person flyers were tacked into the Canary Island palms, their colors faded from the elements, the edges of them curled from rain and wind. The white-brick mansion at the end of the street no longer had police cars parked in its circular drive. The press vans and cameras had slowly moved on to other stories. The iron gates, which had been necessary to keep the well-intentioned public at bay, were deserted. The weight of silence hung in the sunny Los Angeles air.

Scott Harden stumbled down the palm tree–lined sidewalk and toward the large gates. As he moved, the white house swayed before him, the view blurred by sweat burning the corners of his eyes. His monogrammed polo shirt, stained from weeks of wear, stuck to his back. Bruises and cuts from the stiff rope circled both wrists, and he quickened his steps, moving into a jog as he grew closer to the home. As blood oozed from the incision on his chest, he staggered to a stop at the gates’s security panel.

He pressed the code into the keypad, leaving bloody fingerprints behind. The gates chimed and hummed as they slid open.

Nita Harden stood before the bathroom mirror and tried to find the energy and motivation to pick up her toothbrush. Her counter, once clustered with perfumes and expensive cosmetics, was empty. Her blonde locks, which had always been kept up with biweekly visits to the salon, now had a half inch of dark-gray roots. Wearing a black yoga suit that hung from her frame, she looked nothing like the put-together socialite who had clawed her way to the top echelon of Beverly Hills society. Did bad breath matter when your son was missing? Did anything when each day was just a horrible waiting game for someone to discover his body?

The Bloody Heart Killer was reliable. He kidnapped handsome and popular teenage boys, like her Scott.

He held each boy prisoner for a month or two, strangled them and mutilated their bodies, then discarded them like bags of trash. There had been six boys before Scott. Six naked bodies found, a heart carved into their chests. It had been almost seven weeks since Scott had disappeared. Any day, his body would show up, and she would be called to the morgue to identify her son.

The tones of their security system chimed, and she looked up from her toothbrush, listening as it played one of the custom sounds of the front gates. When they built the home, each of them had picked a unique gate code and notification sound. Every time she pulled her Jaguar up to the gate and used her remote or personal code, the gentle tinkling of bells would sound. Her husband’s was the UCLA fight song. Scott’s was a simple trill . . . Her toothbrush clattered into the sink as Scott’s personal chime sounded through the large bathroom.

A fresh pang of raw emotion ripped through her heart, and she let out a painful cry at the familiar ring, one she had taken for granted for years, one that instantly brought to mind Scott’s big grin. He always came bounding in with his backpack slung over one shoulder, beelining for something to eat. She moved to the large window at the end of the bathroom and peered down at the front yard, expecting to see one of his friends’ cars, or the van of their cleaning crew or landscapers, any of whom Scott might have given his code to. No vehicle appeared through the foliage, and she cupped her hand to the glass and tried to see down to the entrance gate.

A figure moved stiffly down the center of their crushed-shell drive, one leg dragging a bit and drawing a long line behind him. Her breath caught painfully in her throat at the familiar gray polo, identical to the dozens that still hung in Scott’s closet. His face wasn’t visible, his attention forward, but she knew that build instantly. Whirling, she tripped over a copper clawed foot of the tub and fell to her knee. Hiccuping out a sob of emotion and pain, she bolted to her feet and through the arched opening that led to their bedroom. Barreling into the hall, she knocked past a maid as she rounded the staircase and sprinted down the stairs, her hand tight on the banister, her vision blurring with tears.

“George!” she screamed, her head whipping in the direction of her husband’s study, where he often worked from home. “George!” Without pausing to see if he was home or had heard, she yanked at the heavy bronze handle of the front door and swung it open far enough to squeeze out.

Her bare feet churned against the crushed shells, the pain ignored as she tore down the middle of the drive, screaming out her son’s name.

Scott’s head lifted, and he staggered to a stop, his features exhausted as his mouth wobbled into a smile. He slowly lifted his arms, and she crashed into them.

Her son, against all odds, was home.