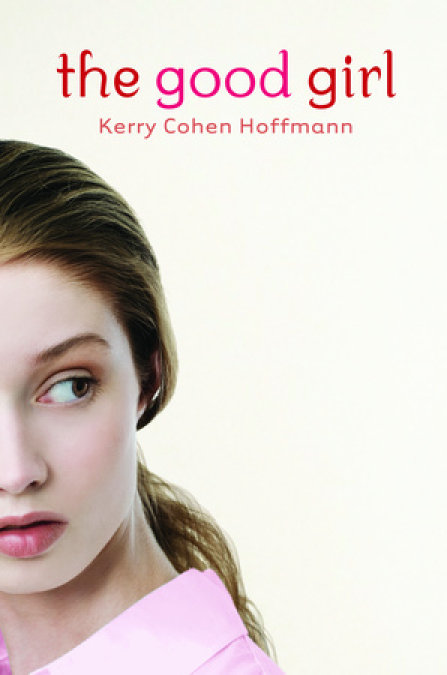 EVER SINCE HER brother Mark’s accidental death, 15-year-old Lindsey has become the good girl—good daughter, good friend, good student. She places everyone’s needs before her own. Secretly, though, she’s frustrated by her family’s silence about Mark; she wishes she had the nerve to tell off one of her so-called best friends, a queen bee who wants the new boy at school for herself; and she longs to ditch obligations that prevent her from starring in the school musical. But instead of speaking her mind, Lindsey does something else . . . she starts to steal—and immediately wonders how good she really is.

All the pressure to be what others expect fuels Lindsey’s impulse to take things. Each time the risk becomes greater, and each time she thinks she’ll be caught. Wants to be caught. And then, finally, she is. . . .

The first time I did it, I couldn't believe I was doing it. I was supposed to be getting my dad some aspirin from the hall bathroom. He knew I'd get it for him, too, because that was what I always did. I did the right thing, the nice thing. So when I took the twenty out of his wallet, which was sitting open on the console in the hallway, I was surprised. I was still surprised as I pocketed the money and returned the wallet to the table. I didn't breathe a word to Dad when I went into the kitchen, just poured him a glass of water and smiled as I let the pills fall into his open hand.

"Thank you," he said after he'd swallowed them. He nodded at me, like I was excused.

And I walked away, into my bedroom, where I took out the bill.

Later that evening, after I was supposed to be asleep, I started to feel nervous about taking the money. The apartment was quiet. Shadows from cars passing on the street below crept along the wall of my bedroom like little animals. Like the energy moving through my body, my eyes darting back and forth as I thought. Tomorrow Dad was leaving for an out-of-town meeting at 6 a.m. I knew because I had made him a snack to take with him in the car. I'd set up his coffee, like I always did, to start brewing half an hour before he left. He would go to the drive-thru at Burger King or he would stop for more coffee at Starbucks. And he would open his wallet. And he'd see. For a split second, I wanted that, for him to see, for me to be caught.

The anxiety pushed at my throat. My heart jumped around in my chest. Finally, I couldn't stand it anymore. I got up and tiptoed into the hallway. Tara's bedroom door was closed, and so was my dad's. The only open door was the one to Mark's room--the room that no one had touched, that had been full of taped-shut boxes, ever since Mark died. It was dark enough that I couldn't see anything, so I glided my hand along the wall, moving toward the table. But when I got there, the wallet was gone. And that was how it started. I'd done this thing, and there was no turning back.

And then I couldn't seem to stop.

Third period, before lunch, I was called into Ms. Keller's office. I went there slowly, trying to steady my breaths. I was certain I would see my father when I arrived. He would be frowning, disappointed. His precious reputation as the local psychiatrist tarnished. How could his good daughter fail him? So I was confused when my father was not in Ms. Keller's office, and instead there was a very cute boy with curly brown hair and a backpack. He nodded at me as I walked in, and then he smiled, and two dimples popped into his cheeks. I looked at Ms. Keller, my hands clasped behind my back.

"Lindsey." She came to stand beside me, her heels clicking. I liked Ms. Keller. She had been the headmaster of Bergen County Day when Mark had been here too, and she'd attended Mark's funeral. Ever since, we'd had an unspoken respect for each other, one based on the knowledge of my loss. Plus, Ms. Keller had made me sophomore ambassador this year, which meant I did special projects, and touring a new student was one of these. Being an ambassador was an honor. There was only one per grade, and Ms. Keller announced her picks at a school meeting at the end of each school year.

"Meet Kyle." She put a hand on my shoulder and faced the boy. "This is our best sophomore student," she told him.

Kyle looked right at me. His face was open and interested, so much so that I averted my eyes. "The best, huh?" he said, sounding amused.

"Kyle is from Vermont, and he's starting at BCD today," Ms. Keller said. "I'd like you to show him around."

I still couldn't look directly at him, so I stole glances instead. He just kept smiling.

We walked down the hallway together. Everyone else was in class already, and it was very quiet. So quiet I could hear the swish of my jeans rubbing together as I walked. I cleared my throat, not wanting Kyle to hear too.

"What class are you in now?" I asked him.

"I thought you were supposed to know."

I stopped walking. "Maybe I should go back and ask Ms. Keller."

He laughed. It was a sweet, relaxed laugh. "No," he said. "Just show me around. I'll go to class later. I know my schedule."

Why did he have to keep saying that, like it was a bad thing? I looked at the door next to me. It was Mr. Little's biology classroom, where I'd be next period. Inside, Claire waved. She didn't see Kyle with me. I stepped quickly back so no one else would see us. "So?" I said, knowing I sounded defensive, and hating it.

"So you're one of those chicks who live by the rules," he said.

"First of all," I said, "I'm not a chick. Second of all, I see nothing wrong with doing the right thing." Of course, I couldn't help thinking about the fact that I had stolen money from my father the night before.

"It's lame," he said. "That's what's wrong with it. Sometimes you need to break the rules."

I started to say something about lame being relative, but he wasn't done.

"If you want to look back from your deathbed and see your main accomplishment as having done the right thing, that's your prerogative," he said. His face turned red and he crossed his arms. "It's not what I would want for my life."

Apparently this whole subject had hit a nerve.