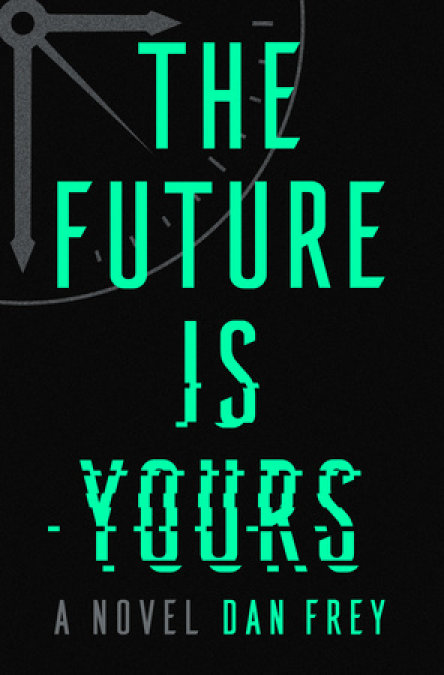 Two best friends create a computer that can predict the future. But what they can't predict is how it will tear their friendship-and society-apart.

If you had the chance to look one year into the future, would you?

For Ben Boyce and Adhi Chaudry, the answer is unequivocally yes. And they're betting everything that you'll say yes, too. Welcome to The Future: a computer that connects to the internet one year from now, so you can see who you'll be dating, where you'll be working, even whether or not you'll be alive in the year to come. By forming a startup to deliver this revolutionary technology to the world, Ben and Adhi have made their wildest, most impossible dream a reality. Once Silicon Valley outsiders, they're now its hottest commodity.

The device can predict everything perfectly-from stock market spikes and sports scores to political scandals and corporate takeovers-allowing them to chase down success and fame while staying one step ahead of the competition. But the future their device foretells is not the bright one they imagined.

Ambition. Greed. Jealousy. And, perhaps, an apocalypse. The question is . . . can they stop it?

Told through emails, texts, transcripts, and blog posts, this bleeding-edge tech thriller chronicles the costs of innovation and asks how far you'd go to protect the ones you love-even from themselves. 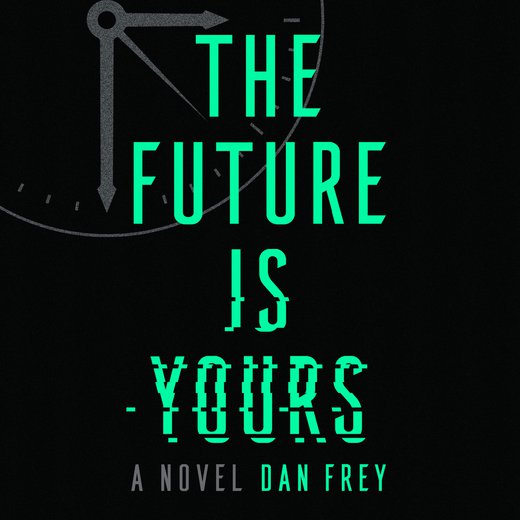 IT WORKS! Seriously. You did it.

So listen up, Past Ben . . . First of all, high-five! You were right to believe this whole time—in yourself, in Adhi, in all of it. Your dream of becoming the first Black CEO to launch a billion-dollar company is gonna come true . . . and I can say that with certainty, because for me, IT ALREADY DID.

And Adhi. Bro. You’re the brilliance that makes it possible. I always said you’d do something to change the world and I was right. It’s crazy—you’re sitting across the room as I write this, but I still remember your face the day you read it. Pick up your jaw and keep reading.

Now, I know you’re both about to flip out and start using the Prototype to look up everything you can, so lemme just save you a little suspense.

1: Stanford’s season is gonna be terrible, so just detach yourselves from that shitshow right away and save yourselves the heartache.

2: Stock tips–wise, yeah, of course, you COULD get into some foolproof investments today. But I promise you’ll be better off not mucking around with all that, cause the main thing you gotta do is invest in your motherf***in SELVES.

I just wanna take this moment to say: everything is gonna be fine. The Prototype works (obviously). And whatever happens, don’t trip. Not about money or respect or prestige, any of it. Just pop that cork and enjoy the best shitty champagne of your life, I remember it well. From here on out—trust the process, enjoy the ride, and most of all, stick together.

Sincerely and eternally your friend,

Ben from the future

Excerpt from Transcript of Congressional Hearing—December 1, 2021

SEN. GREG WALDEN (D-OR): The Committees on the Judiciary and Commerce, Science, and Technology will come to order. We welcome everyone to today’s hearing on the new commercial venture known as “The Future,” and the potential legal, ethical, and policy ramifications of its technology.

Though not unprecedented, this hearing is a unique opportunity to anticipate and address serious social consequences of a new consumer technology. This legislative body has a history of playing distant catch-up to new innovation, as evidenced by last year’s hearings about social media and privacy issues. The hope is that we can be ahead of the curve—especially in light of the recent whistleblower leak, which seems to suggest that this technology may pose an existential threat to our nation and our people.

BOYCE: Mr. Chairman, I object to characterizing it as—

SEN. GREG WALDEN (D-OR): You have not been invited to speak yet, Mr. Boyce. And regardless of your objections, we have seen data, from your own company, which many reputable scientists interpret to mean that we are on a course toward the obliteration of civilization as we know it, on a time horizon of less than two years. Now if that’s not an existential threat—

BOYCE: I just think it’s irresponsible to call it that, without proper consideration of all the factors.

SEN. GREG WALDEN (D-OR): Do not lecture me on irresponsible, Mr. Boyce. And if you will not adhere to parliamentary rules of decorum, you will be charged with Contempt. Understood?

SEN. GREG WALDEN (D-OR): Good. Now, the members of this body have called two witnesses, the founders of the company called The Future: Mr. Benjamin Boyce and Mr. Adhvan Chaudry. However, let the record show, at the time of this hearing, only Mr. Boyce has appeared before the committee. Mr. Boyce, can you answer for the absence of your colleague?

BOYCE: No, I cannot. And I’m worried. If Adhi’s not here, clearly something is wrong, and it would be best if we can adjourn for now.

SEN. GREG WALDEN (D-OR): This is not a meeting held at your convenience. You are answering a subpoena before forty-four members of Congress. Since one of you has failed to appear, a warrant will be issued for the arrest of Mr. Chaudry, and he will be charged with Contempt of Congress. Now, if you wish to avoid similar charges, are you prepared to proceed with the hearing?

BOYCE: . . . Yes, sir. I would just like the record to reflect my request for postponement.

SEN. GREG WALDEN (D-OR): Duly noted, and we can all hope that at some point today, your co-founder will deign to join us. He is certainly earning his reputation for intellectual hubris.

BOYCE: I just want to point out, it’s not really hubris if it’s earned, is it? No offense or anything, but Adhi is smarter than anyone in this room.

SEN. GREG WALDEN (D-OR): That may be the case, Mr. Boyce. But this body is convened because trusting people who are ostensibly “smarter” has gotten us in quite a bit of trouble in the past. No doubt the data scientists at Cambridge Analytica were very proud of their intelligence, as were the eugenicists of a century ago.

BOYCE: Come on, is that really a fair comparison?

SEN. GREG WALDEN (D-OR): We are dealing with a technology that apparently has the potential to end the world as we know it. So excuse me if my comparisons offend, but it is well worth discussing how Mr. Chaudry’s intelligence has created problems in the past.

I know it may be ill advised to say so in this particular forum, but I hope that Stanford recognizes rigor and rewards honesty. Allow me to explain how I reached this particular conclusion.

My parents came to this country shortly before I was born. They were seeking to escape the caste system of India. It had been formally abolished in 1950, but was, for practical purposes, still firmly in place twenty years ago. Since my parents were Shudras (poor laborers), they never had any hope of becoming Rajanyas (rich merchants). But they believed in America they could.

When they arrived in San Francisco, they tried their best. But they were frustrated to discover it is just as impossible to move up in the world here. Not only that, they learned that the Indian system had been preferable in a way—because no Shudra is ever made to feel guilty about being poor. It is their lot in life. But in America, poverty equates to failure. It is a source of deep and abiding shame.

So they pinned their hopes on me. They sacrificed and worked long hours. They instilled the value of hard work in the hope that I would go to a great college and win for myself a job better than either of them had the privilege of having. They saw education as the way out.

However, from my experience in the academic world so far, I have seen that it is all a facade. A rigged game. A system of smoke and mirrors, to separate the wheat from the chaff, and perpetuate an oligarchic system that rewards privilege generation after generation, just as much as the caste system did. At the “prestigious” prep school that I attend (on a full academic scholarship), the vast majority of my fellow students are from wealthy families. And cheating is rampant among my peers. Most parents are complicit in a system that values perfect grades, test scores, and a robust résumé of activities . . . but does not give a damn about integrity.

We are admonished to be scholars and gentlemen “at all times,” and students are threatened with expulsion for their conduct on the weekend. Of course, when our school president’s son (one of my classmates) got so drunk at a school basketball game that he stumbled onto the court and vomited on the foul line, he was merely given detention, and the incident was swept under the rug.

With all this said, you are probably wondering—does this kid even want to attend Stanford? And the answer for me is unequivocally yes.

I know that my low opinion of education will always sound like an excuse, unless it is backed up with experience. I know my earning potential will be bolstered by the diplomas, even if they don’t mean a thing. I intend to get the best schooling I can get, all the way through a PhD, so I can assert with utter confidence that education, top to bottom, is total f***ing bullshit.