The Farmer Takes a Husband

Organic farmer Riley Fenniman is happily single at forty-seven and refuses to acknowledge an attraction to her younger accountant, let alone surrender to it. Unfortunately, a legal catch in her farm’s ownership and a health scare give her no choice in the matter. The women of The Homegrown Café Book Club have the perfect plan to ensure Riley’s cousin can’t get his greedy paws on her legacy, but it includes a husband and two pubescent girls.

CPA Deacon Jeffries has carried a torch for his favorite client for over a year, but she would probably sooner light him with it than return his affection. She makes an offer he can’t refuse to save her farm, one that makes his wish come true and gives his daughters the mother they need—except for lessons in dropping f-bombs. When the secret she’s keeping reveals itself, he’ll have to choose between self-preservation and love. 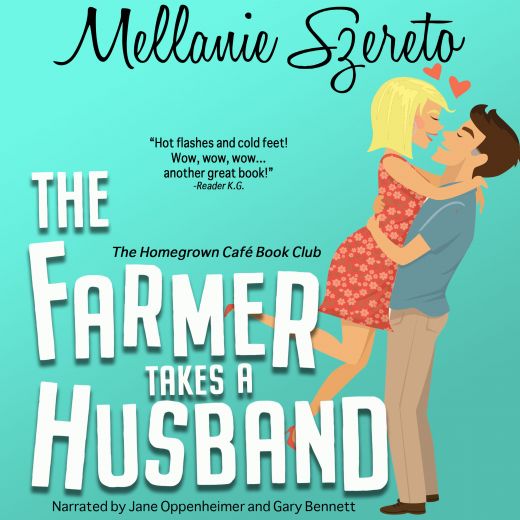