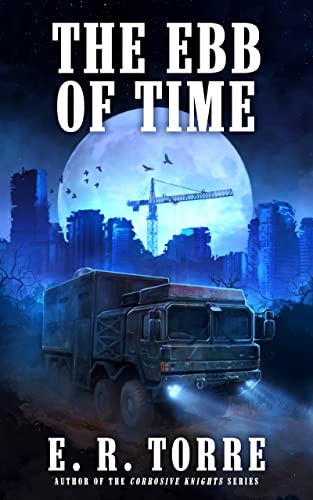 The Ebb of Time

From the author of the Corrosive Knights series comes a new tale of mystery and suspense.

They called it the Frenzy and in a matter of days it caused the fall of Civilization.

Ten years later, inhabitants of a small settlement receive an eerie radio signal originating from a distant military base.

Who sent it and why?

To investigate this signal, they need to explore the savage world outside. A world which hides many dark secrets.

Secrets which could destroy what’s left of humanity itself.