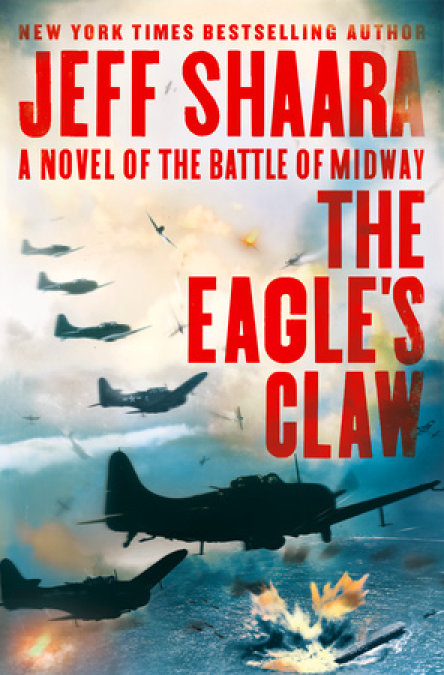 A master of epic military fiction, the New York Times bestselling author of To Wake the Giant makes Midway personal as he takes us inside the hearts and minds of the heroes of one of World War II's most pivotal moments.

His books have been praised as "paeans to the American fighting man" (Los Angeles Times) and as "pounding with fierce action and human drama, and packed with accurately rendered history" (St. Petersburg Times).

Now Jeff Shaara recounts in electrifying detail the U.S. Navy's surge to defend its country in what will become known as one of the most definitive and heroic examples of combat ever seen: the Battle of Midway. In this biting new tale, Shaara shares the stories of all ranks and the unique sacrifices each man is compelled to bravely make for the sake of country, freedom, and honor.

Featuring his signature depth of research and "you are there" immediacy, this novel shows once again why Shaara is unequivocally the master of military fiction. 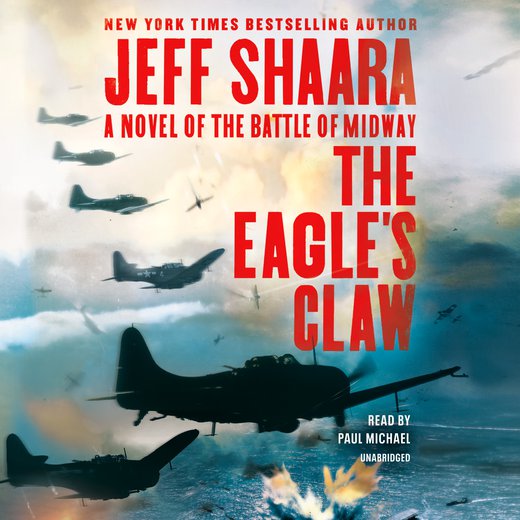 Onboard USS Hornet, somewhere in the Pacific Ocean—­April 18, 1942

The flight deck seemed to dive straight down into the waves, great plumes of seawater surging up and over the bow of the carrier. The wind took hold now, blowing the spray back toward them, across the wooden flight deck, and embracing the planes themselves. As daylight slowly rose through the dismal gray of the rain, the saltwater had already bathed each of the bombers with a wet sheen.

Through the blinding fog of windy spray Cole could see the lone sailor at the far end of the ship, the man disguised by foul-­weather gear and gripping a checkered flag, standing as still as the waves would allow. He was the flight deck officer, and for the moment, he was the most powerful man on the carrier. The order had already come down from the bridge—­the ship’s captain, Pete Mitscher, sending word to the FDO, passed to Mitscher by the task force admiral Bill Halsey: Get these planes in the air.

The FDO’s signal would bring each of the bombers to life, the first command given to each plane to start their engines. It could not happen all at once. The B-­25s were far larger than any of the carrier’s own aircraft, some with their wingtips and elevators protruding past the deck itself, with nothing below but rolling ocean. There were sixteen bombers parked together in a tight mass, a necessary arrangement to fit all of them against the stern of the ship, and the only way any of them would have the length of wooden runway to allow them the speed they would need to fly.

For now, the engines were still for another reason: the safety of the sailors still waiting beneath each plane, the ship’s ground crews whose job was to pull away the wooden chocks that kept each plane’s tires from moving. And so, the FDO’s signal would come to each plane in turn, engines engaged one at a time, allowing the first aircraft to surge down the flight deck, clearing the way for the second, until all sixteen were in the air.

In front of Doolittle’s B-­25, Cole could see the flood of water washing across the deck, the ship still digging low into the waves, then up again, a stomach-­churning ride for men who had rarely been at sea. He tried to ignore that, and kept his stare on the FDO, the lone officer who stared back at them. Doolittle’s B-­25 was the first in line. That was about not rank but Doolittle’s own experience and skill. Out in front of the others, he was the closest to the far end of the carrier’s flight deck, and thus the pilot with the shortest distance to put his plane in the air. The other fifteen were behind him, each one with just those few extra feet of distance, and the slight advantage of a longer runway.

“Keep your eyes on the flight officer, Lieutenant. He’s in charge.”

“I see him, sir. The sailor. Guy with the flag. He’s gotta be miserable. Hope he don’t fall off the ship.”

Doolittle kept his eyes on the instruments in front of him, said, “He’s tethered, a rope around him. He’s an officer, Lieutenant Osborne. Ozzie, they call him. Worry about what’s in here, Dick.”

Cole brought his gaze back into the cockpit, nothing more to see now beyond the nose of the plane. The preflight routine had been rehearsed so many times before, but then, it was mostly on dry land and level ground. He had rarely flown in weather like this, certainly not at sea. The winds still came, blowing the sea spray over and past them, soaking the skins of the B-­25s, creating a blinding fog across the windscreen, like a wet hand closing around them that made the plane feel so much smaller.

Through the earphones came the voice of the engineer, Sergeant Leonard: “Sir, we just received a brief message from the bridge. A signal flashed to Hornet from the Enterprise. Admiral Halsey, sir.”

“Um, no, sir. The admiral says, To Colonel Doolittle and Gallant Command: Good Luck and God Bless You. Halsey.

“He’s got enough Gallant for all of us. Nice words.”

Cole pointed to the far end of the flight deck, and with too much volume in his voice, said, “He’s waving the flag, sir.”

Doolittle said, “Easy, Dick. I see him. Time to go to work.” Doolittle put a hand on his mic and said, “Navigator. Switches in on position?”

Cole heard the response in his earphones.

“On position, roger that, sir.”

Doolittle glanced toward Cole now with a sharp nod, and Cole knew the meaning. He began his own routine, priming the number one engine, then a slow mental count, four long seconds, then engaging the pressure and energizing switch, another few seconds, the prop turning slowly. The engine erupted into life, and the magnificent shivering roar shook the plane, blowing salt spray in a dense fog over the bombers that waited behind them. The co-­pilot’s routine was repeated, the second engine adding its own thunder, the raw energy that Cole loved, that feel of power that engulfed him now, a part of him. But the routine continued, Cole eyeing the oil pressure indicator. He urged the needle higher, twenty, thirty, forty pounds. A silent prayer always flashed through his mind, willing the oil pressure to reach that magic number, knowing that if the engines didn’t reach the necessary pressure, the flight would be aborted. Any pilot knew that if you ignored it, the engines would simply destroy themselves. And today, shutting down the engines meant the plane’s crew would quickly evacuate the aircraft, while the ship’s deck crew would scramble out, shoving the B-­25 off the side of the carrier, dumping her into the ocean. And so, as Cole kept his eyes on the oil gauge, he offered a silent Thank you.

Cole continued his checklist, Doolittle doing the same, with quick positive responses coming through the interphone from the plane’s other three crewmen.

Cole fought to see through the windscreen, knowing they would have to focus again on the flight deck officer, whom he could only think of as Lieutenant Ozzie. Doolittle glanced at Cole now, and Cole saw a smile, the first one he had seen from Doolittle in weeks.

“What do you think, Dick? You feel like bombing some Japs?”

“Yes, sir. Absolutely, sir.” Cole stared to the front again and through a break in the spray caught a clear view of the wooden flight deck. There was a sudden tumble in his gut. “I just . . . I didn’t think it would look so damn short. Sir.”

“It’s short. But it’s all we’ll need. You’ve done these takeoffs before, dozens of times. No different now. We’ll be all right.”

Another splash of seawater burst over the windscreen, the bow of the carrier rising up from a deep trough, the wind still whipping the spray down the entire deck. Cole tried to take a breath, felt himself shaking from the rumble of the plane’s two engines, his hands gripping the yoke in front of him.

“Yes, sir. We’ll be all right. That Ozzie fellow down there, he’s gonna wait for the right second. The ship drops down, we’ll go. Right, sir?”

“We’ll go when he tells us to go. The ship’s been turning, and she’s just about square into the wind. The captain will jam the engines as hard as this boat will go. After that, it’s up to us.”

Cole kept silent now, nothing else to do. The engines on either side of him seemed to settle into a rhythm, calming, the shaking of the plane matched by the buffeting of the wind around them. He released the grip on the yoke, knowing that it would be Doolittle’s job to guide the plane straight down the flight deck with no room for error. At least with the wind in their faces, the plane should stay true—­a straight line. Any swerve, any shift of the tail, and they might end up in the drink. Cole kept that to himself, and took a deep breath. He knew that the colonel had more on his mind than the nervous chattering of his co-­pilot.

The wind seemed to increase, rocking the plane, and Cole looked to one side, out toward the ship’s island. He saw the black numbers written large—­the wind speed shown to all the pilots, with sailors changing them as the wind changed. With the carrier now pushing straight into the wind, the wind speed was increased by the carrier’s own acceleration and Cole saw what Doolittle saw: fifty, now fifty-­five.

Doolittle said into the interphone, “Fast enough. That should get us airborne. We ready?”

The responses came quickly, any fear the others had tucked away in some place they would never admit. Behind the lead plane, fifteen more pilots and their crews were impatiently waiting their turn to bring their engines to life and to aim the nose of their own planes down the flight deck.