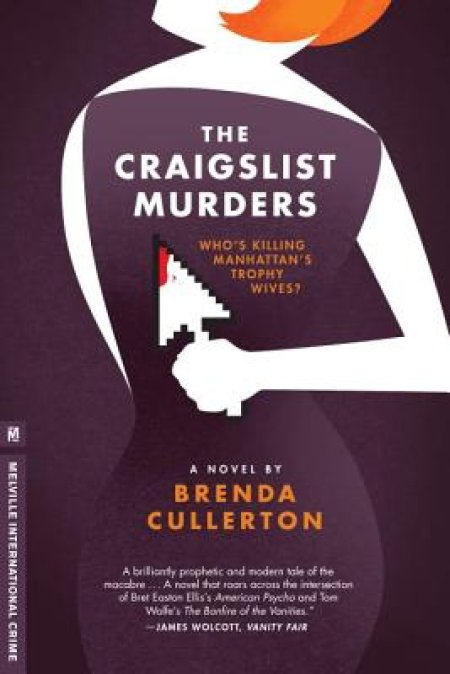 “A brilliantly prophetic and modern tale of the macabre . . . A novel that roars across the intersection of Bret Easton Ellis’s American Psycho and Tom Wolfe’s The Bonfire of the Vanities.”
—James Wolcott, Vanity Fair columnist

Unleashing the pent-up fury most Americans feel over the financial crisis, Brenda Cullerton’s wickedly riotous tale of an interior “desecrator” turned murderess is a flaming arrow into the dark heart of Manhattan’s filthy rich.

Working on New York’s Upper East Side for phenomenally rich and frighteningly skinny women who are suffering from BBS (Birkin Bag Syndrome—a muscle ailment due to carrying heavy pocketbooks) has driven interior designer Charlotte Wolfe mad. It seems to her that the insatiable pursuit of luxury breeds monsters. She gets even angrier when she begins to encounter the same thing over and over again: these women are so cheap they go on Craigslist to sell things their husband kept from wife number one.

As the financial crisis escalates and Charlotte’s own resources dwindle, her rage leads her to not only bite the well-manicured hands that feed her, but to do something more—to really clean house. A razor-sharp satire that’s both laugh-out-loud funny and edge-of-your-seat suspenseful, The Craigslist Murders will inspire readers to cheer an unlikely heroine, whose nightmares are the stuff of a poor person’s dreams.