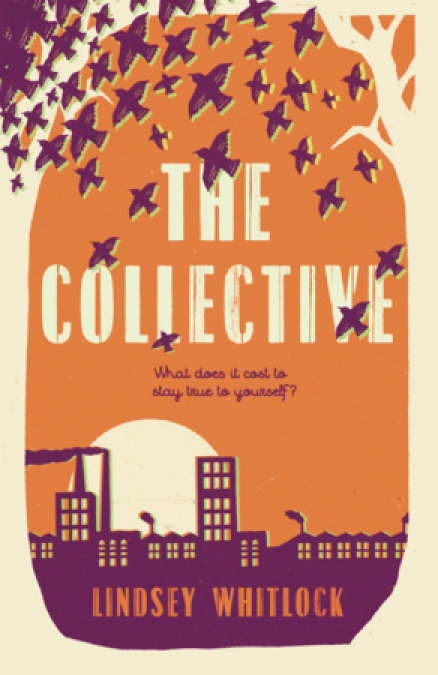 A dramatic coming-of-age novel about a boy's divided loyalty: can Elwyn resist the pull of tradition as well as the allure of the new to forge his own path?

As spring comes to Badfish Creek, the natural world bursts with life and excitement. But Elwyn is dreaming of a different change, of a place far away that he hasn't yet seen. Lured by urban life and all it has to offer - education, progress and opportunity - he doesn't think twice when his uncle invites him to stay in Liberty, a dazzling city he longs to call home.

Yet soon Elwyn realizes that all that glitters is not gold: there is a sinister side to Liberty that he can't ignore, which threatens to erase his old way of life completely. With past and present pitted against one another, the path to Elwyn's future is cast in doubt - for change always comes at a price.

CHAPTER 1
Pigeon Spring
The year Elwy n left home was a Pigeon Spring in
Badfish Creek. Every seven years, the birds would come,
darkening the sky like a plague of Egypt. But this was the
New World, not the Old. The birds didn’t bring fear or
destruction. The birds brought excitement, like a coming
storm. The hunting equipment wasn’t the best; everyone
used what they had. A lucky few carried shotguns. The
rest carried slings, arrows, throwing sticks. Nets stretched
from tree to tree. They filled with birds like bugs fill a
screen, while children carried baskets around their necks
and caught the birds as they fell from the sky. The filled
baskets were dumped into a wagon, and the wagon was
carried to Kegonsa, where the birds were gutted and bled
and shipped by train south-west to St Louis and east along
the Laurentian cities as far as Philadelphia.
They got three dollars for every bird, and the feeling
of wealth poured into town before the money did. That
summer, people would build homes, pay off debts, get
married. For years, the forest floor would be fertile, fertile
enough to grow the pumpkins whose vines were trained
to climb the cottonwoods where the shade wasn’t strong.
That first year, the pumpkins would grow so large, they
would need to be held up with ropes.
It was a Pigeon Spring, and Badfish Creek ignited with
excitement as the first shots were fired, and the sky grew
darker and darker with fluttering bodies. Elwyn’s arm
whirled, his sling hurling stones that felled four passenger
pigeons at a time, just like his father had taught him, and
his father before him, and his father before that, on and
on back seven generations to Samuel Bramble, one of the
rebel slaves who fought in the Second American War before
settling down in Badfish Creek among French mountain
men and misfits. But even though Elwyn’s ears were full
of the roar of wings, even though the birds dropped from
the sky, even though the thrill of the hunt was pumping
through his body, below all that, Elwyn felt a restlessness.
The restlessness had been growing all winter, maybe all
his life.
When the last birds were shipped, men and women
jumped into the still-icy creek to rinse the sweat, blood and
feathers from their bodies. Children were washed in basins
of warm well-water and oak bark; brothers and sisters with
all shades of pale and dark young skin stood gleaming while
they waited to be inspected by their mothers. Everyone was
vigorously dried, believing wet ears meant illness, and wet
feet drew bad spirits. Then as the sun went down and the
bonfires were lit, people gathered close, wrapped in blankets
and coats, roasting game as they always did, and singing and
playing, flirting, minding babies. On that celebratory day,
many bottles were opened and passed. Old Finchy opened
a cask of the mead she was famous for as the singing grew
louder and more joyful, more boisterous. Children played
late into the night while young mothers nursed and got a
chance to dream, for once, of the things they would buy.
While Badfish Creek celebrated its fortune, Elwyn
wasn’t with the others. Instead, he was alone in his room –
an unusual thing for a boy who normally revelled in festival
atmospheres. Like the other Badfishians, his head was full
of dreams, but they were dreams of a different quality.
In the light of a candle, his pen flew across the page, but
no matter how fast Elwyn wrote, his hand couldn’t keep
up with words racing through his mind. He kept making
mistakes, having to restart. He wanted the letter to be as
great as the ambitions rising in him. He wanted it to be
perfect. It was possible that this one letter, addressed to
an aunt he had never spoken to, in a town he had never
visited, could change the course of his whole life. And
perhaps it did.
It was a letter asking his Aunt Piety if he could come
and live with her. He sent it first thing the next morning,
and for weeks after, Elwyn’s life hinged on visits to the post
office, where he checked in once, twice, sometimes three
times a day to see if anything had arrived for him; there
were no home deliveries in that part of the Collective, and
the train that carried mail was unreliable. Elwyn’s mood
rose and fell with these visits, with the shake of Postman
Wilder’s head. And every day, it seemed more important
to Elwyn that the letter arrive, not less. He realised that
leaving Badfish Creek – leaving soon, making something
of himself – was the pivotal thing, was what his life had
been building towards.
But as often happens, the day the letter arrived was
the one day Elwyn neglected his morning visit to the post
office – his brother Allun had convinced him the morning
would be better spent out fishing; the bass were biting.
Later, hungry from the fresh air and industry, Elwyn sat at
the kitchen table reading a book and eating acorn bread
while his mother swept the floor. When Mirth Bramble
cleaned, her arms looked like the legs of a draught horse:
strong, deliberate. Crumbs fell down around Elwyn as he
read, but for once, Mirth didn’t seem to see them. She
glanced at the small stack of mail on the counter and then
back at her son. After a few minutes, she stopped sweeping
and took an envelope from the pile.