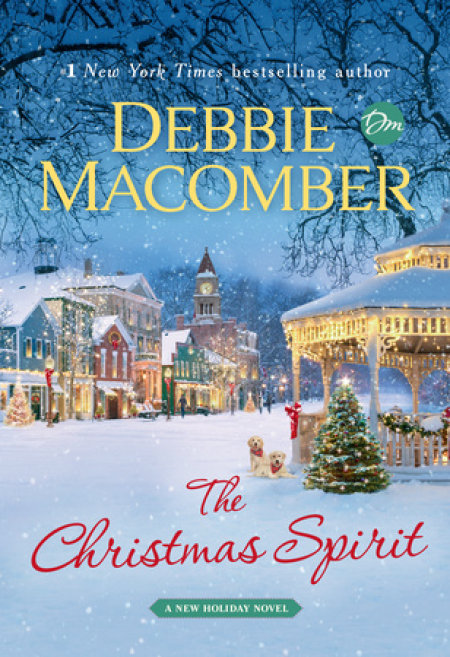 The brand new festive romance from Debbie Macomber, the #1 New York Times bestselling author and the queen of Christmas fiction!

Will they find their happy-ever-after this Christmas?

Peter and Hank are lifelong friends, but when it comes to their jobs they couldn't be more different. Peter is a small-town pastor and is devoted to helping the community, while Hank runs the local pub and is never too far from a party. But this Christmas, everything is about to change . . .

Having never settled down, Peter and Hank believe their demanding jobs are keeping them from finding love. Convinced that the other has it easier, they hatch a plan to swap places the week before Christmas to put their theories to the test and find time for themselves.

But as Hank quickly becomes overwhelmed by nativity plans, and Peter struggles to control the rowdy festive pub-goers, they each begin to worry they're in over their heads. Luckily, church assistant Grace is on hand to help Hank navigate a church/life balance, and a young woman seeking shelter at the pub might be exactly what Peter needs to realise there's more than one way to help his community . . .

This Christmas, will Peter and Hank's stunt fall flat, or will it open their eyes to the possibility of love at last?

The Christmas Spirit is a warm and wintry delight from the #1 New York Times bestselling author. The perfect Christmas read for fans of Milly Johnson, Cathy Bramley and Trisha Ashley 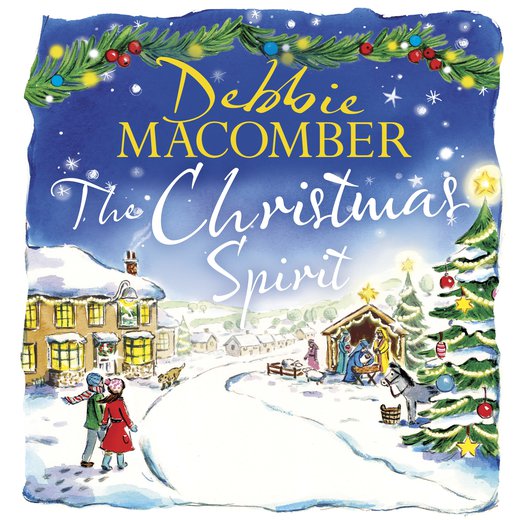 “Hey, man, sorry I’m late,” Hank said, as he slid into the red upholstered booth at Mom’s Place across from his best friend. He was running on less than five hours’ sleep, and his day was only getting started. “Did I keep you waiting long?”

“No, I was late myself.” Pete had always been the responsible, prompt one. It surprised Hank to learn his pastor friend could be late for anything.

The waitress came with a coffeepot, and both men turned over the beige mugs to be filled. Pete smiled at her as she handed them menus and then swiftly left. Hank noticed how Pete’s gaze lingered over the waitress as she returned to the counter and refilled another customer’s cup.

“I’m telling you, these long hours are killing me,” Hank said, as he wiped a hand down his face. His eyes burned, and he couldn’t remember the last time he’d had a decent meal. As different as they were, they had continued a friendship after Pete had graduated from seminary and returned to Bridgeport. Pete looked every bit the pastor with his clean-cut looks, while Hank was often mistaken for a hippie, with his long hair and the casual way he dressed. Scruffy jeans and a T-shirt were his standard uniform, whereas he suspected his friend hadn’t worn blue jeans since his college days.

Hank was the owner, manager, bartender, and chief bottle washer for the tavern The Last Call. Mom’s Place, where they routinely met for lunch every month or so, was halfway between their two towns, Pete in Bridgeport and Hank in Kettle Springs. “I didn’t get away from the tavern until after two this morning. Some days I swear I get less than three or four hours’ sleep a night. This job’s a killer.”

Pete glanced up from the menu. “I thought you loved the tavern.”

“I do. I always knew I’d be taking Dad’s place one day. I looked forward to it. The regulars are great and keep me in the black, but I have no life. I haven’t been on a date in six months.”

“I do. Lots of great women. I thought I’d be married and have a couple kids by the time I hit thirty.”

Clearly, Hank’s lifelong friend had no understanding of what managing a tavern entailed. “There’s a big difference between meeting lots of women and having time to actually date. I work fourteen hours a day and sometimes longer.”

Hank snorted. Pete made it sound easy. “Do you have any idea how hard it is to find good help these days? I tried taking on a part-time bartender, and he drank all my profits. It’s a slim enough profit margin as it is. At the rate he was drinking, I was about to go out of business. The thing is, if I need to be there to keep an eye on the staff, I might as well do without.”

“Having my own business takes every spare minute I have. If I’m not at the bar serving drinks, then I’m in the office doing paperwork. Keeping up on the orders or dealing with the taxes. I swear it’s one headache after another. Do you have any idea how much effort goes into the accounting aspect of being a business owner?”

Pete nearly spewed the coffee out of his mouth. “You have no idea! Pastoring a church is no walk in the park.”

“Are you joking?” Hank was about to say more when they were interrupted by the waitress. He swallowed his argument and turned his attention back to deciding what he wanted for lunch.

Pad in hand, the young woman asked, “What can I get you gentlemen?”

Without looking up from the plastic-coated menu, Hank said, “I’ll take the soup-and-sandwich special. On wheat, hold the tomato.”

The waitress wrote it down, and he handed her the menu. Next, she looked to Pete.

“I’d like the chef salad,” he said, “with Thousand Island dressing.”

“I’ll get that order in right away,” she said, as she turned toward the kitchen.

“She’s cute,” Pete said, watching the young woman in the pink uniform with the white apron.

Hank frowned, his thoughts still on all he was missing in life. He caught his friend’s interest in the young waitress, though, and played along. “Who’s cute?”

“The waitress. It isn’t any wonder you don’t date. You aren’t paying attention. That woman is beautiful, and I noticed there wasn’t a ring on her finger, either.”

Pete was paying attention. Still, Hank let the comment pass. Pete should be the one married by now. He lived the good life and had none of the worries that hounded Hank from day to day. Hank envied him in that way.

Before Hank could encourage him to ask the waitress for a date, Pete said, “You should know my life isn’t anything like you assume.”

Hank dismissed his objection with a wave of his hand. “You get a steady paycheck every month.”

Hank wasn’t listening. “Plus, the church provides you with your own house. No mortgage payments, no worries about making ends meet. And to top it off, you only need to make an appearance once a week. You’re living the life, man.”

Pete simply shook his head. It looked as if he was about to argue when the waitress returned with their lunch.

Again, Hank noticed the way his friend watched the young woman. It left him to wonder aloud, “Why is it you’ve never married?”

“Me?” Pete asked, as he mixed the salad and the dressing together.

“Yeah, you. Seeing how you made such a big deal about how easy it is for me to meet women, what about you?”

Pete looked like a deer in the headlights and then like a fish out of water, his mouth opening and closing several times.

“Not so easy to find the right one, is it?” Hank said, understanding all too well. “Church has gotta be full of upright, single, Christian women. You could have your pick of any one of them.”

“I suppose,” Pete reluctantly agreed. “The truth is, I don’t know why I’m still single. I’ve had plenty of opportunity to date, but I’ve yet to find that special someone.”

“I bet Gracie has something to say about that,” Hank commented. Hank and Pete’s sister had been at odds for years, always rubbing each other the wrong way. God save him from opinionated women. She was a spitfire, that’s for sure. Frankly, Hank couldn’t imagine how Pete worked with Gracie as his church secretary. She didn’t have the personality for it, as far as he could figure.

“Gracie is Gracie,” Pete said. “She’s as righteous as ever. Stubborn as a mule and loyal as a dog.”

“That sounds about right,” Hank said with a snort. He smiled just thinking about her. She had her nose in the air and a holier-than-thou attitude. It was no surprise she hadn’t married, either. Pete was nothing like his sister. His personality was perfect for his life’s work. He was a caring, thoughtful man. Wise. Full of faith. Not that Hank lacked faith. He was square with God. But being a Christian didn’t require him to show up for church every Sunday.

“You should know my job isn’t all that wonderful, Hank. I have my own set of problems,” Pete said.

“Sure you do,” he said offhandedly. He didn’t mean to sound condescending, but Pete had no concept of the demands on Hank’s time and finances.

“It’s Christmas in less than a week,” Pete continued. “I’m running ragged getting everything organized. You, on the other hand . . .”

“You party every night—”

“It’s not a party,” Hank interrupted. “I work hard to create a fun atmosphere but trust me it isn’t always a party.”

“So you say. You may work a lot of hours, which I don’t discount, but you can sleep in each morning.”

“Dream on,” Hank said and rolled his eyes.

“And while you claim you don’t have any time to date, which I have trouble believing, you have a chance every night to meet women.”

“You have no idea what being a tavern owner means!”

“And you have no idea what the life of a pastor is like.”

Hank laughed. “You couldn’t do my job for a week.”

Pete snickered. “You couldn’t do my job for a week.”