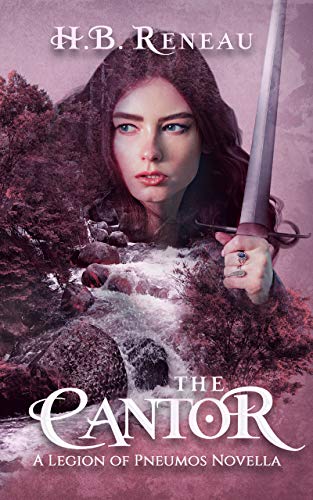 The Cantor: Prequel to the YA Fantasy Adventure Chaos Looming

One life at an end, another just beginning.

Chaos looming in the distance.

Keira Altman was perfectly happy with her life, thank you very much. It may not have been perfect, what with her flighty mom and her endless parade of lousy boyfriends. But Keira knew what she wanted, and heaven help anyone foolish enough to get in her way.

Then one night on a winding mountain road, Keira and her mother are both killed and everything changes. Ripped from her own world, Keira wakes to find herself in a country called Loren, brought there by an ancient order called the Legion of Pneumos. Shrouded in mystery, the Legion is charged with battling chaos in all its forms, no matter the cost. What's more, it seems Keira herself may have a role to play in this cosmic struggle. That is, if she's willing to claim the title of Legionnaire. But before she can master the forces of chaos, she must first learn to trust her grounder, Danny, and the peculiar connection they share.

But will the price of fighting chaos prove too high to pay?

See where the journey began in this exciting prequel to Chaos Looming, Book One in The Legion of Pneumos series.