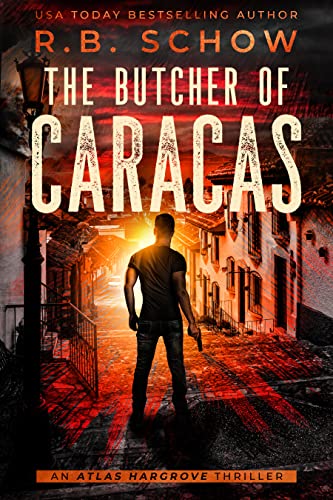 The Butcher of Caracas

Get ready for the fifth thrilling installment of the series readers are calling, "Gritty and in your face, but with heart, soul, and a kick-ass family of mercenaries you want on your side!" - Amazon review ★★★★★

…is about to see the new face of crime.

This part of the world is not ready for what's coming.

A pair of teenagers are found dead with traces of cocaine, fentanyl, and adrenalized blood in their system. Two dead bodies become twenty, and twenty becomes two-hundred. Soon the plague of drug-related death spreads across all of South America.

There is a monster operating in the shadows, praying on the weak, promising ecstasy but delivering death. This new drug dealer has deep pockets and tremendous reach, and he is selling the sexy, dangerous new product, VK4.

When competing drug dealers hijack a shipment of human cargo coming from China, a major component in VK4, the dealer goes after the competition in ways the city of Caracas has never seen. Young lives are at stake, not just the victims of VK4, but those whose blood gives life to the drug.

When word of the violence reaches Leopold and the gang in Columbia, they take note. Then Leopold gets a call with an offer he can’t refuse. If he can put the gang back together for another run, it will be their most dangerous operation yet. But, after the mayhem in Cologne, and the resulting devastation within their ranks, the team may not be up for a ferocious new war...

....until Alabama brings a new friend to the compound—a fun, flirty blonde girl who speaks with a hint of German in her accent, and has a devilishly sweet boyfriend.

Full of suspense, edge-of-your-seat action, a dash of humor, and characters you love and would want to know in real life, this brand new vigilante justice thriller will have you turning pages long into the night!

NOTE: This series contains the kind of violence one would expect from a rated-R movie and is perfect for fans of Lee Child, Vince Flynn, Mark Greaney, Gregg Hurwitz, and Jason Kasper.

*Pre-order The Butcher of Caracas, then set your calendar for June 9, 2022…

WHAT READERS ARE SAYING ABOUT THE SERIES:

“Ryan knows how to write action and suspense. But where he truly shines is the flawed, complex, and broken but resolute heroes and heroines he creates.” – Kyla Stone, USA Today Bestselling Author

“This is like Christmas to a reading junkie! Gets no better than this.” – David Allan Vera, Amazon Reviewer ★★★★★

“This series is beyond thrilling and I have to admit to a little crush on our marred hero, Atlas.” – Julie West, Amazon Reviewer ★★★★★

BOOKS IN THE ATLAS HARGROVE SERIES:

• THE TEARS OF ODESSA

• THE BEASTS OF JUAREZ

• THE BETRAYAL OF PRAGUE

• THE DEVIL IN COLOGNE