The Butcher and the Baker

After six broken engagements, butcher Petra Lochsley wants nothing to do with men and romance. Her hobbies include throwing axes, discussing books and having raunchy conversations with her middle-aged friends, and eating the occasional Boston cream doughnut—when the flirtatious baker doesn’t insist she prostitute herself for the decadent pleasure. One game of tongue hockey is enough with the guy she used to babysit. So what if he’s hot and is a good kisser?

Baker Auggie Hofmeier didn’t mean fall in love with or accidentally marry the butcher, but his heart seems to know what it’s doing. Besides, his new wife invited him home for a wedding night and more, that is, until the conniving interference by The Candlestick Maker, the old man who owns the shop he and Pet both want to buy, threatens their happily-ever-after. What’s a knave to do? 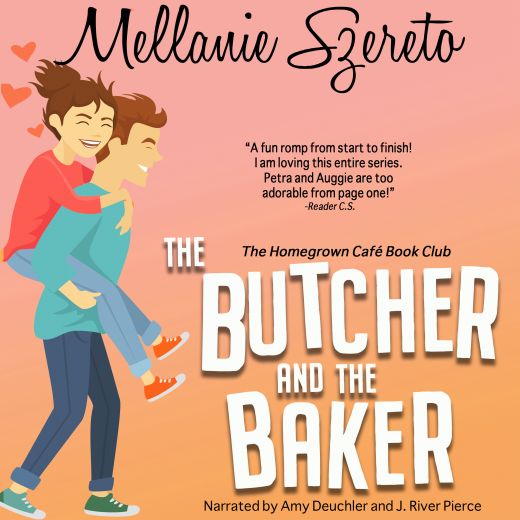