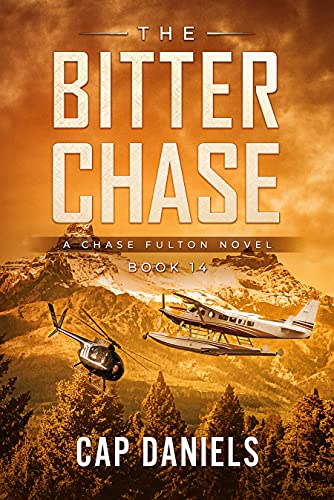 When American covert operative Chase Fulton returns home from his most recent mission battling a company providing weapons of war to the highest bidder regardless of their alliances, he finds himself haunted by a cryptic warning from the deputy director of Mossad, Israel's national intelligence agency.

“There is someone close to you who is not what you believe them to be.”

Parallel assignments send Chase and his team into the wilds of the Rocky Mountains on the mission every operator fears he may one day be forced to face. Hunting down a traitor in their midst leaves Chase exploring the depths of his own self-doubt and questioning the loyalty of everyone he desperately longs to trust. As the team is forced to divide itself between seemingly unrelated missions, one by one, the elite tier-one operators come face-to-face with their own worst nightmares and find themselves entangled inside a web of deceit, betrayal, and grave danger.

A murderous religious cult, enemies masquerading as allies, and lingering doubts come together, forcing Chase and his team into the most daring rescue mission of their lives. Will they find more than just an innocent victim held captive behind the walls of treachery, and will their rescue efforts restore the team's faith in themselves and each other? Or will it only reveal mighty chasms that can never be closed?

With heart-stopping action, intrigue, and stunning settings like only Cap Daniels can deliver, The Bitter Chase will leave readers second-guessing everything they believe about Chase Fulton and everyone around him.