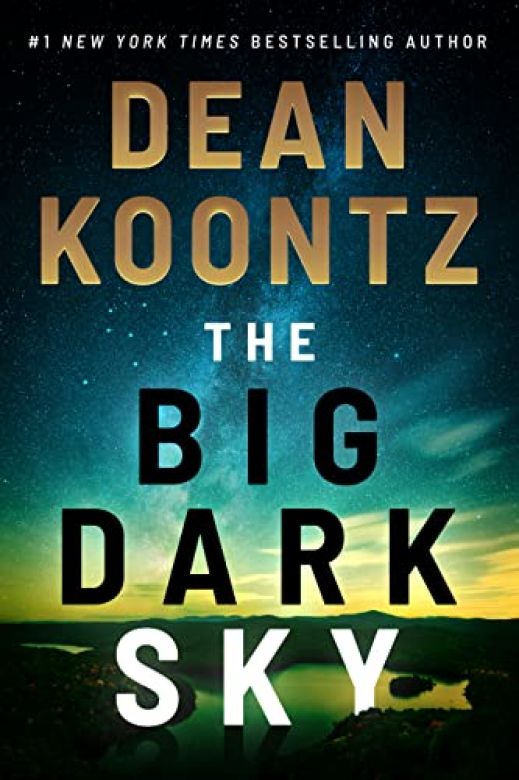 A group of strangers bound by terrifying synchronicity becomes humankind’s hope of survival in an exhilarating, twist-filled novel by Dean Koontz, the #1 New York Times bestselling master of suspense.

As a girl, Joanna Chase thrived on Rustling Willows Ranch in Montana until tragedy upended her life. Now thirty-four and living in Santa Fe with only misty memories of the past, she begins to receive pleas—by phone, through her TV, in her dreams: I am in a dark place, Jojo. Please come and help me. Heeding the disturbing appeals, Joanna is compelled to return to Montana, and to a strange childhood companion she had long forgotten.

She isn’t the only one drawn to the Montana farmstead. People from all walks of life have converged at the remote ranch. They are haunted, on the run, obsessed, and seeking answers to the same omniscient danger Joanna came to confront. All the while, on the outskirts of Rustling Willows, a madman lurks with a vision to save the future. Mass murder is the only way to see his frightening manifesto come to pass.

Through a bizarre twist of seemingly coincidental circumstances, a band of strangers now find themselves under Montana’s big dark sky. Their lives entwined, they face an encroaching horror. Unless they can defeat this threat, it will spell the end for humanity. 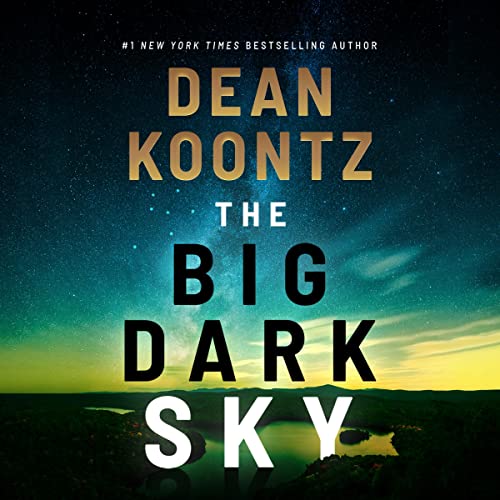 In every life, there are strange coincidences, occurrences that we find inexplicable, and even moments that seem supernatural. On this occasion, in the lonely vastness of Montana, the heavens were moonless, the blind face of the night pressed against the windows, the only light in the room issued from a television, and a young girl sat in communion with the dead.

Nine-year-old Joanna Chase, Jojo to everyone, was a happy child and a stranger to grief—until twelve days earlier, when her mother, Emelia, died. They were more than parent and child. Emelia taught Jojo to read and dream; they lived many lives in books, imaginations braiding like two vines, Jojo’s ebullience an inspiration to Emelia, who by nature was more reserved with others than with her daughter.

Alone in the family room at two o’clock in the morning, Jojo was curled in an armchair, dressed in pajamas, wrapped in a colorful Pendleton blanket, watching home videos on the television, which had become her postmidnight routine for seven days. Jojo needed this immersion in the past because she regularly woke from ugly dreams, yearning for the beautiful face and mind and heart of her mother.

Tears flooded and receded and overflowed again. During the first five nights of these Chase-family movies, Jojo’s tears had been bitter, her misery complete. On this occasion, however, as had happened the previous night, there were times when she smiled and the tears were sweet, when something her mother said or did reminded her of a precious moment that must never be forgotten. In fact, that is why she subjected herself to the videos.

She hoped the pain they inflicted would exhaust her grief, would be a kind of vaccine against endless torment. Maybe eventually she would be inoculated against tears and would thereafter always smile when she thought of her mom. She couldn’t bear being weighed down by deep sorrow for the rest of her life.

Among the moments that brought a smile was a scene, shot months earlier. Wielding a video camera, Jojo interrogated her mom, who was sitting in a rocking chair on the porch, reading a book.

“Why do you read so much?” Jojo asks.

“For one thing, to keep my mind sharp.” “Is your mind very sharp?”

“I read to be entertained.”

At last her mother looks up from the book and smiles and says, “I read to keep from being sad.”

“You’re never sad. Are you sad? What’re you sad about?”

“Sometimes I get sad when I think how you’ll grow up and get married and move away from the ranch, and I’ll be without my Jojo.”

The camera circles three-quarters of the chair, and Mother’s head turns with it, as Jojo says, “If I went away with some silly boy, what would you miss the most about me?”

“The way you pester me when I’m trying to read.”

“Only my Jojo would think that’s bad-to-the-bone behavior.”

Mother puts her book aside on a table and leans forward in the rocker. “Give me the camera. I have a question for you.”

Jojo surrenders the camera, and now her face appears full frame as her mother asks, “Will you promise me something?”

“Why would I change?”

“Did you change when you grew up?”

“Big-time. When I was a young girl, all I wanted was a dog. When I grew up, I wanted a daughter.”

Jojo says, “Dogs are nice, but daughters are better.”

“Maybe. Though that’s not what dogs say, and dogs don’t lie.”

“Zinger! I’m wounded. Could my own mother be bad to the bone?”

Swaddled in the Pendleton blanket, smiling through tears, motherless Jojo rewound the video and watched the sequence again.

When she rewound to watch it a third time, everything proceeded as before until Mother, operating the camera, asked if her daughter would promise her something and Jojo asked, “Promise what?”

The video froze on a close-up of Jojo.

Although the image was locked, the audio continued, but the former dialogue between them was gone. Voice unmistakable, Mother instead said, “You will soon be going away, Jojo, going away to grow up elsewhere. I might reach out to you many years from now and ask you to come home.”

Electrified, Jojo slid forward in the armchair, and the blanket slipped off her shoulders.

Jojo rose, the blanket puddling around her feet. “Mommy?” “One day I may be ready to do what I was born to do,”

Mother said. “And then I may need you at my side.”

Jojo was shaking uncontrollably. Her mother was dead and gone, yet was somehow here now. Her mom would never hurt her. There was no threat in the words just spoken, but Jojo was shaking as much with fright as with wonder, gripped by a weirdly exhilarating anxiety.

The frozen video image thawed. On the TV, Jojo said, “Promise what?” Her mom said, “That you’ll never change,” and the recording proceeded as it had the first two times that the girl watched it. With the remote control, she rewound and then pressed play, watched and waited. But if a haunting had occurred the third time that she’d viewed the piece, if a message had come through from the Other Side, it didn’t repeat during the fourth viewing. Or during the fifth, the sixth.

Jojo knew that what happened was real. She hadn’t imagined it because of lack of sleep or because grief had made her crazy. She would tell no one, as if the visitation was too sacred to share. You will soon be going away, Jojo, going away to grow up elsewhere.

Four days later, she was taken to Santa Fe to live with her aunt Katherine, her mother’s sister.

I might reach out to you many years from now and ask you to come home.

The years passed, and the vividness of that episode on a moonless night in Montana inevitably faded. She didn’t forget it altogether, but eventually she came to believe that it wasn’t what it seemed to be at the time, that it was most likely a fantasy spawned by desperate grief. She had always possessed a rich imagination.

One day I may be ready to do what I was born to do. And then I may need you at my side.