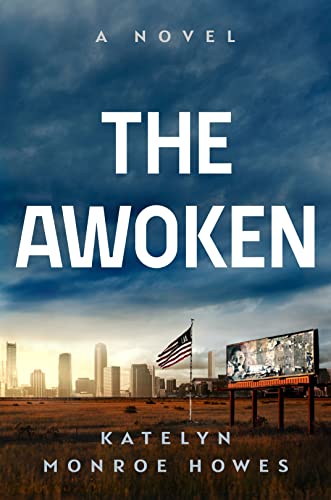 "The Awoken is a phenomenal story—filled with action, romance, plot twists, and a few big juicy reveals!" —Issa Rae

A cinematic, speculative debut about a woman who undergoes cryogenic preservation at the time of her death and wakes up a century later in a world where her very life is a crime.

When Alabine Rivers, a politically active young woman with a bright career and romance ahead of her, finds out the devastating news that she has terminal cancer, the only thing that gives her solace is the possibility of a second life through the emerging field of cryogenics.

A century later, scientists have indeed discovered how to bring back the dead from preservation, but humanity has been locked in a philosophical battle over the ethics of this new Godlike power, a battle that has turned violent: those who are resurrected, the Awoken, have been declared illegal and are to be shot on sight.

This is the world Alabine is brought into by the Resurrectionists, an underground militia fighting for the rights of the Awoken. Finding herself in a completely unfamiliar world, and one where she is an outsider for the first time in her life, Alabine must figure out how to survive and determine her place in this new world, all the while being haunted by lucid memories of her previous life and the man she loved.

The Awoken is a gripping, action-packed story full of plot twists and high emotion. It's a look at prejudice, complicity, the fears that tear us apart, and the hope that can bring us together. 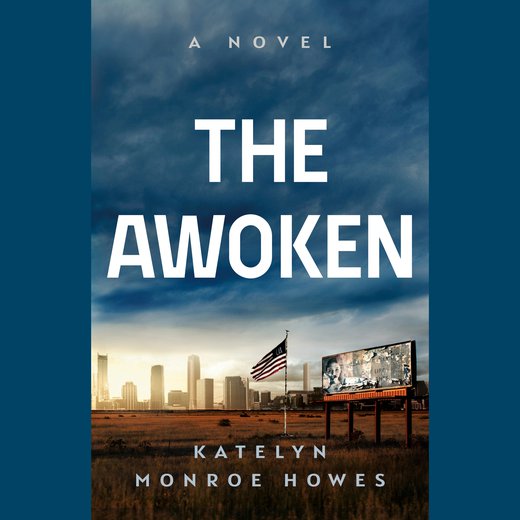 First there was warmth. Not sit-by-the-fire-with-a-cup-of-hot-cocoa warmth that fills your bones. This was an uncomfortable dry heat that my soul wanted nothing to do with. It spread like poison through my parched veins. There was an incompatible opposition between this unnatural warmth and a primal cold I felt deeply imbedded in the pit of my stomach. A godforsaken cold I’d never be rid of and can feel to this day. This cold is only known to other people like me—though we rarely talk about it. It’s a reminder of our first lives. Of our death. A scar of the darkness that can never entirely leave us.

My body demanded breath, but when I opened my mouth, a fluid that tasted like batteries flooded inside me. I gagged and choked, not even having the air to cough. A thick plastic surrounded me, suctioned against my skin, holding my body oppressively tight. I pushed and writhed as hard as I could, desperate to get away. Everything felt wrong. The heartbeat in my chest, the vibrations of sound in my ears—I wanted none of it.

Then the synthetic womb that had been my home for 101 years suddenly opened like an upside-down Ziploc bag.

But the ground came quickly. The shock of colliding with the earth forced me, like a newborn foal, to take my first breath. Back arched. Neck rigid. A hoarse inhale filled my dusty lungs. Devouring the newly found oxygen, my heart quickened, painfully beating like a sledgehammer against my ribs. Blood pushed its way, uninvited, through my arteries. Inching up my chest, then my neck, until it pooled behind my eyes with so much pressure I feared they would pop out of my skull.

I had no idea where I was or even why I was. In that moment, I couldn’t remember anything, not my name, not Max, not my death. All I could think about was the darkness calling me back to it, begging for me to allow it to consume my body.

It was angry, and so was I.

I wanted to sleep. Being dead is exhausting. It’s like those nights you fall asleep and then feel as if you wake up only a moment later. You know a long time has passed, and you don’t know what your body was doing, but it definitely was not resting.

My eyes fluttered closed and I found myself slowly drifting back to sleep. Back to the sinister and welcoming darkness. Before it wrapped itself around me yet again, I heard—

“Wake up, Al.” The voice was comforting and loving. “It’s time to get up.” Finally I opened my eyes, and there he was.

In his soft gaze was a lifetime of love—a love that I didn’t yet remember but instantly recognized as ours. He reached out his hand. Magnetically, I was compelled to take it. To accept the warmth. The darkness pulling me down was no competition anymore. Not to those eyes.

The sensation of blood rushing through my body began to feel less odd. My cells vibrated with hope. I took the hand of this man I knew but couldn’t quite place. When we touched, my fingers tingled as they fused into his as we each became whole.

It only lasted a moment. As quickly as he appeared, he was gone.

The truth was, I was alone. Alone and naked. Like Eve, I became embarrassingly aware of my bare body and attempted to cover myself. After a century of death, not even knowing my own name, twenty-three years of sexual repression and bodily shame were still ingrained in me.

“Hello, Alabine Rivers.” It was that voice again. Except this time, it wasn’t Max. This was real. The unfamiliar voice crackled through the speakers in the room.

“Hello?” I responded in a daze. I pushed my heavy atrophied body to a stand, wobbling around on weak and unsteady legs. The cold inside me, while still very much there, faded into the distance as life took me in its clutches.

My eyes still struggled to find focus. Through the blurry patches of darkness and faded colors, I saw in front of me the soft outline of a woman’s face. She was familiar, but I didn’t know why. The embodiment of déjà vu. Her intense gaze met mine as her features poured out of the contours of her face like she was a mirage—a ghost unable to firmly root themselves to this world or the next. Utterly transfixed, and pushing through the haze of my reconstituting vision, I reached my hand out toward her. Immediately, my fingers stubbed into a glass barrier between us. Pressing my hand against the clammy translucent wall, I came to the gut-wrenching realization that this woman was no ghost: she was me. My reflection. Except the girl in the glass looked wrong. She had no hair, sunken cheeks, chapped lips, and a rigid pain in her eyes.

Panicking, and wanting to get as far away as I could from the haunted girl in my reflection, I reached behind me only to find yet another solid glass wall. I was trapped, having fallen from the plastic bag into a glass box. One coffin to another. The walls towered high beyond the reach of my fingertips. Claustrophobia overwhelmed me as I started to hyperventilate and pound the glass cage with my fists.

“Please stay calm,” the voice over the speakers said reassuringly.

I didn’t. I couldn’t. Instead, no longer feeling breath fill my lungs, I collapsed back to the metal ground. The darkness crept in closer, excited that I was returning to it, where I belonged.

“You’re going into shock. Breathe!” The disembodied voice kept me tethered to the real world as a high-pitched medical alarm blared.

Then a man jumped down into my cage with a loud thud. In my tunneled vision, I could barely see the blurred outline of his body. With an intensity that conveyed my life hung in the balance, he pulled my rag-doll body into his.

I forced my eyes on him, but all I saw was Max, and the chaos in the room faded to nothing but us. He radiated with a warm light. I sighed, ready for him to take me. It was the closest I ever came, in all the times I would die, to feeling like I was going home. But then—

“Rosebud.” The word was clear. Crisp.

And suddenly, I am not in the glass box sitting on the metal floor. The ghostly girl is no longer staring back at me. I can’t see anything, but I know I’m somewhere else, far away. The coldness inside me is gone, and I hear Max.