In this "delicate slow burn of a novel" (Jan Carson), a woman's marriage and career are threatened by an old indiscretion just as she receives the opportunity of a lifetime-from the award-winning author of the "extraordinary" (Colum McCann) Dinosaurs on Other Planets.

Nessa McCormack's marriage is coming back together again after her husband's affair. She is excited to be in charge of a retrospective art exhibition for a beloved artist, the renowned late sculptor Robert Locke. But the arrival of two enigmatic outsiders imperils both her personal and professional worlds: A chance encounter with an old friend threatens to expose a betrayal Nessa thought she had long put behind her; and at work, an odd woman comes forward with a mysterious connection to Robert Locke's life and his most famous work, the Chalk Sculpture.

As Nessa finds the past intruding on the present, she realizes she must decide what is the truth, whether she can continue to live with a lie, and what the consequences might be were she to fully unravel the mysteries in both the life of Robert Locke and her own. In this gripping and wonderfully written debut, Danielle McLaughlin reveals profound truths about love, power, and the secrets that define us. 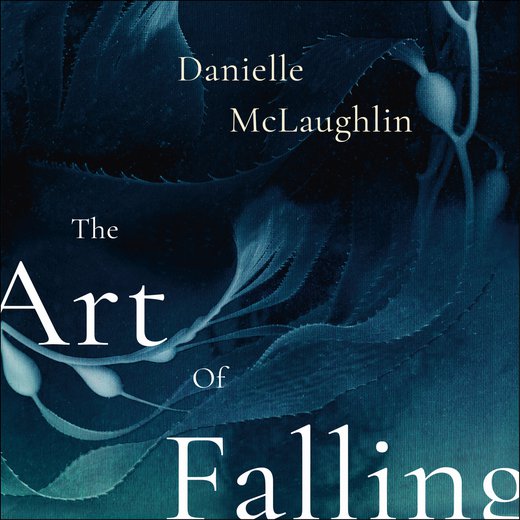 To be, rather than to seem. The school motto was carved in stone in the arch above the entrance. It was in English on the way in, and in Latin—Esse Quam Videre—on the way out, presumably, Nessa thought, to reflect the learning aspired to by the girls who passed through these gates. Meanwhile, Jennifer, her daughter, was struggling with lower level French.

Nessa had taken several shortcuts, the traffic light gods had smiled on her, and now she was only seventeen minutes late for her meeting. She parked in the visitors’ lot, between an Audi and a BMW station wagon. It was April and the school playing fields were fresh and green. Beyond the playing fields was Cork city, the gray slate rooftops silvered with recent rain. She walked past a two-story block of 1970s construction to the new glass and steel annex where she was to meet Ms. Johnson, Jennifer’s Year Head. She was unsure why she’d been asked to come in. Jennifer’s grades had improved since last term. And she was a polite girl, not counting interactions with her parents.

Ms. Johnson was waiting in an empty classroom, correcting papers. Her blond hair fell forward as she bent over the desk. “You must be Jennifer’s mum,” she said, looking up and gesturing to a chair. “Nessa, isn’t it?”

“That’s right.” She sat down, tucked her dark hair behind her ear. She liked Ms. Johnson, who was little more than a girl and had always been kind to Jennifer. Whenever she ran into Ms. Johnson outside of school hours, in the coffee shop or at the hairdressers, the teacher always spoke to her as if they were friends. “I’m sorry I’m late,” Nessa said.

“Not to worry.” Ms. Johnson said, indicating the pile of student compositions. “I have plenty of reading material to keep me occupied.” She picked up a ruler and began beating a rhythm against the desk, a low-grade, irritating noise, twack, twack, twack. It was like something Jennifer might do, and Nessa had to fight an urge to tell her to stop.

“Have you noticed Jennifer seems to have gone into herself lately,” Ms. Johnson said, “that she’s become more withdrawn than usual?”

Than usual? Jennifer was quiet, certainly, but withdrawn was different, wasn’t it? “She’s a teenager,” Nessa said, “withdrawn is the factory setting.”

Ms. Johnson frowned. “It seems to me that Jennifer’s social circle has contracted. It could be nothing, of course, but we watch for these kinds of changes. She’s not running with the same gang anymore. I was wondering if you knew of anything that might have happened.”

Nessa shook her head. “Not that I’ve heard.”

“So you can’t think of anything that might be impacting her?” Her stare was bordering on defiant.

Nessa understood that they were not, in fact, friends and never would be. “No,” she said. “I can’t.”

Ms. Johnson sighed. “How can I put this . . . I understand that there may be problems at home?”

Oh, Jennifer, Nessa thought, as if I haven’t got enough to deal with. “There are no problems,” she said hoarsely, her throat tightening.

Ms. Johnson put down the ruler and sat back in her chair. “I see,” she said. She looked toward the window, out to the green of the carefully tended playing fields. “There’s also the problem that has arisen concerning your daughter and Mandy Wilson.”

Nessa felt the blood rush to her cheeks. “I haven’t heard of any problem with Mandy.” Please don’t do this to me, Jennifer, she thought. Please.

“They were such good friends, weren’t they?” Ms. Johnson said. “Best friends, I would have said, though of course that’s something of a moveable feast among girls that age.” She smiled, as if to compensate for her brittleness earlier, but Nessa was no longer capable of smiling back. Her hands, of their own accord, had dropped to grip the plastic edge of her chair, and she brought them back to her lap.

“Lately,” Ms. Johnson continued, “it’s clear that they are no longer friends and . . .” She paused. “There’s no nice way of saying this, but Jennifer is bullying Mandy.”

“No,” Nessa said. It was impossible. Her child was not a bully.

“What exactly . . .” Nessa stopped, swallowed a couple of times. It would be the Wilson girl, of course. Several times in recent months, Nessa had reached what she thought was peak hurt, only to be sideswiped by some new humiliation. It was bad enough Cora Wilson going about as if nothing had happened, running for reelection to Parents’ Council, and getting it too. Only last week, Nessa had picked up the school newsletter to find Cora’s round, jovial face beaming out at her. She glanced at Ms. Johnson, tried to gauge how much she knew, but the young woman’s expression was opaque. Nessa cleared her throat. “What has been happening?” she asked.

“They used to be inseparable,” the teacher said. “You never saw one without the other. They sat together in the cafeteria every day. Now, Jennifer eats lunch with some other girls she has recently taken up with—a girl in particular from the year above, one of the Sullivans, you may know her?”

Nessa nodded. “The name is familiar. I think she might be coming over today.”

“Mandy now eats alone,” Ms. Johnson continued. “Mandy, even more so than Jennifer, has become isolated within the class. She’s more introverted, doesn’t seem to have adapted to the whole . . .” She glanced quickly around the classroom, as if willing a suitable word to present itself. “. . . situation.”

Nessa experienced a twinge of guilt. Part of her was secretly glad to hear that her daughter’s friendship with the Wilson girl had cooled. It was too difficult, looking at Mandy only to be reminded of the girl’s mother. And if Jennifer and Mandy had not been friends, then perhaps Cora Wilson would never have gotten to know Philip and might have confined her affections to her own husband.

“It’s not the sort of thing parents can intervene in, is it?” Nessa said. “They’re sixteen. We can’t make them hang out if they don’t want to. And eating lunch with new friends hardly counts as bullying. Maybe you could speak with Mandy’s parents?”

Ms. Johnson’s gaze was steady. “I believe this is hurting Jennifer as much as Mandy,” she said. “She’s missing their friendship, I can tell. It’s a classic case of misplaced anger, like she’s lashing out. And it’s more serious than Jennifer simply having new lunch buddies, I’m afraid.” She paused. “A number of stationery items belonging to Mandy have gone missing.”

Nessa sat straighter on her chair. “So my daughter’s a thief now?”

“I never said that.” Ms. Johnson’s tone remained neutral. “Please listen carefully to what I am saying.” She got up and went to the water cooler, came back with a glass, which she offered to Nessa.

Nessa shook her head. “No. Thank you.”

Ms. Johnson set the glass down on the desk. “I’ll leave it here in case you change your mind.” She picked up the ruler again and this time began to tap it against her knee. “Jennifer has also stopped playing field hockey. She says she refuses to play on a team with Mandy. I have heard her, on more than one occasion, remark on Mandy’s physical appearance—Mandy’s weight, Mandy’s hair, for example. And I’ve noticed that when school finishes, Mandy walks home alone.”

It was true that it had been a long time since she’d found Mandy Wilson sprawled on their couch after school, or, more often than not, on a beanbag on the living room floor, watching YouTube videos. “When did this start?” Nessa asked, though she could guess.

“A few months ago. But things have deteriorated in recent weeks. I fear the other girls in the year may begin taking sides.”

Nessa swallowed. “How come we’re only hearing about this now?”

The teacher’s gaze flickered again to the inviting green of the outdoors. “I did discuss it with Jennifer’s dad at the parent-teacher evening. I take it he hasn’t mentioned it to you?”

When Nessa said nothing, Ms. Johnson said, “I guess this brings us, in a roundabout way, to what I was getting at earlier—the question of whether there might be problems at home. . . .”

Nessa stood up abruptly, banging against the desk and upsetting the glass of water.

“Please sit down,” Ms. Johnson said. She lifted the pile of papers out of the path of the encroaching water and dabbed at the spill with a tissue. “I appreciate that this must be awkward for you. In the circumstances. But we need to think about Jennifer. And Mandy. I assure you that I’m not here to judge you in any way. . . .”

“Good,” Nessa said. She straightened her shoulders, took a deep breath. “Because we pay fees to this school to have our daughter educated. Not to be judged. Not to have our private lives dissected.”