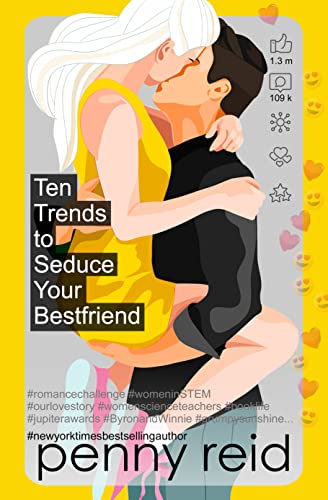 Winnifred Gobaldi and Byron Visser are not best friends.

Yes, they’ve known each other for years, but they’re not even friendly. Winnie considers them more like casual, distant acquaintances who find each other barely tolerable, especially when he's being condescending (which is all the time).

The truth is, they have nothing in common. She’s a public school science teacher with stars in her eyes, and he’s a pretentious, joyless double PhD turned world-famous bestselling fiction author. She loves sharing her passion for promulgating women in STEM careers and building community via social media, and he eschews all socialization, virtual or otherwise. She’s looking for a side hustle to help pay down a mountain of student debt, and his financial portfolio is the stuff of fiduciary wet dreams. So why are they faking a #bestfriend relationship for millions of online spectators?

When a simple case of tit-for-tat trends between nonfriends leads to a wholly unexpected kind of pretend, nothing is simple. Sometimes, it takes a public audience to reveal the truth of private feelings, and rarely—very rarely—you should believe what you see online.