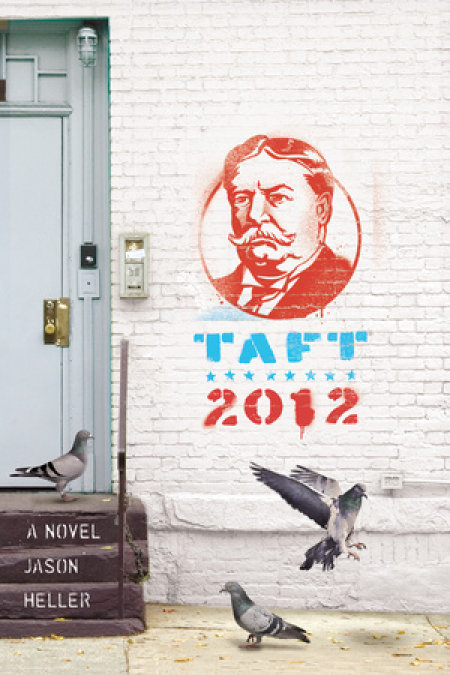 HE'S BACK.
AND HE'S THE BIGGEST THING IN POLITICS.

He is the perfect presidential candidate. Conservatives love his hard-hitting Republican résumé. Liberals love his peaceful, progressive practicality. The media can’t get enough of his larger-than-life personality. And all the American people love that he’s an honest, hard-working man who tells it like it is.

There’s just one problem. He is William Howard Taft . . . and he was already president a hundred years ago. So what on earth is he doing alive and well and considering a running mate in 2012?

A most extraordinary satire, Jason Heller’s debut novel follows the strange new life of a presidential Rip Van Winkle: a man who never even wanted the White House in the first place, yet finds himself hurtling toward it once more—this time, through the media-fueled madness of 21st-century America.