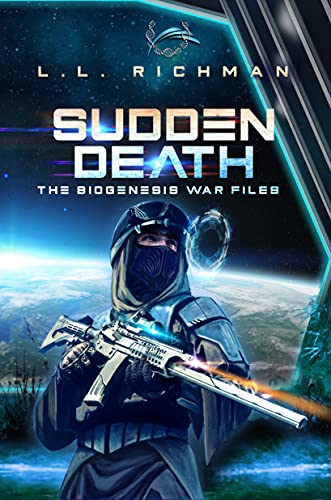 L. L. Richman has created an exciting world in which one lone hero must accept his true calling in life and use his skills to save thousands of people in a white knuckle ride that will keep readers on the edge of their seats throughout. The obstacles ahead of Boone are daunting, but we establish that he is a man of skill and resourcefulness early on, so reading how he overcomes those challenges is a constantly exciting prospect. Sudden Death does not skimp on thrills, high octane action sequences, and high stakes. This look at one of

Fresh off his first Marine deployment, Boone must now choose between two schools: Intelligence or Scout Sniper. Though he's shown clear aptitude for the second, he's not sure he has what it takes to do the job.

When he puts the decision aside to join his buddies on a day of leave, the last thing Boone expects to see is a naval weapons locker in the hands of a man who is clearly not Navy. On impulse, he shadows the man, only to find himself running for his life... smack into a Unit operator.

Now he has two options: join the fight or remain behind. But the choice he's been given is really no choice at all. For the only way to save the park is for Boone to embrace his calling.

The fate of thousands rests on this one decision.
He'd better make it a good one.