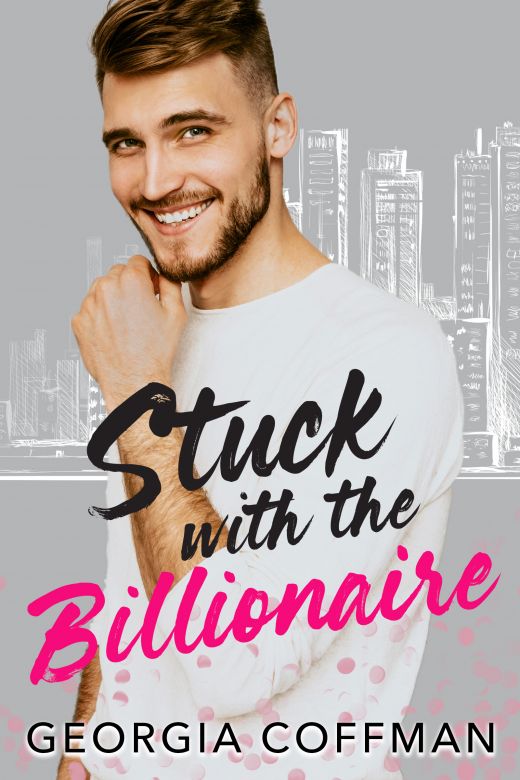 As a billionaire, philanthropist, and the life of every party, I work hard and play harder—which occasionally gets me into trouble.

It wouldn’t be so bad if I weren’t the soon-to-be CEO of my family’s company. In order to appease my concerned parents, I agree to leave Manhattan and hide out until the media frenzy surrounding my latest mishap settles down.

Which is how I end up in a cabin in the woods with my best friend’s gorgeous little sister on her birthday.

I’m definitely not the gift Tessa’s expecting. We’ve never met before, but it’s clear she’s formed an opinion of me based on my playboy reputation—and it’s not a good one.

But we’re stuck here together.

At first, all we do is bicker, and it’s easy for me to remember all the reasons I shouldn’t touch her. But the more I get to know her, I’m surprised by how real and funny she is beneath her brazen exterior. Did I mention the woman can bake too?

Keeping my hands to myself becomes more torturous than my exile.

After all, having fun is what I’m good at. How can I resist showing her how to live a little?

As I make my way back toward the cabin, dark clouds roll in, hanging low in the sky, and thunder echoes in the distance like a gavel across the sky.

The first raindrop hits my cheek when I grab the bags from the backseat and rush inside as though it's pouring already.

What a fantastic and memorable birthday.

Bad weather. No parents or brother. Just an irritating asshole and me.

The cabin is not big enough to contain Carter's ego—or his dimpled grin. My God, the pictures online do not do him justice. His grin in person is almost too much to look at.

I'm not falling for it, or him, though. Graham hasn't told me much about their time together in college, but I've learned enough to know Carter Fields would cause me more grief than there are dollar signs in his bank account if I'm not careful.

Besides, we've done nothing but bicker since he got here. He doesn't see me as anything more than Graham's annoying little sister, anyway.

The one who called the sheriff on him.

No, I have nothing to worry about when it comes to him.

I open the cabin door, the bags rustling in my hands, and scan the living room but come up empty. "Carter?"

After a few seconds of silence, he emerges from one of the bedrooms. Wait... that's my room.

"What do you think you're doing?" I clutch the groceries to my chest like I'm using them collectively as a shield.

"I was going through your panty drawer. Duh." He shrugs.

"What?" I step toward him but stop when his face splits into a devilish grin.

"You're so gullible." He moves around the fireplace and takes the bags from me. He seems a lot less tense than he was earlier. What's his deal?

As I follow him into the kitchen, my gaze lands on the curve of his ass, and my stomach involuntarily flutters. Traitor.

When I reach toward a bag to put the items away, he smacks my hand. "You're not allowed to help."

I raise my eyebrows.

His grin is smug when he nods toward my room. "Come with me."

He grabs my hand and leads me out of the kitchen, past the front door, and around the couch, already comfortable despite having never been here before.

Pushing my door open, we cross the small space, his hand still intertwined with mine. It's strong. Confident. Surprisingly warm.

I find myself squeezing his hand back.

Opening the bathroom door, he sings in a low, gravelly voice, "Ta-da."

My mouth falls open. Inside, two red candles are lit, filling the small space with the smell of fall and cinnamon rolls. The flames sway as if they hear the soft melody playing from the Bluetooth speaker. Fresh flowers sit in a vase on the sink. He must've picked them from the front yard.

In the corner is the holy grail. A bubble bath.

I grip his hand more tightly and turn, but I don't realize we're still in the doorway. When I face him, our chests are one breath away from touching.

He peers down at me, and his tone is apologetic when he says, "We got off on the wrong foot. On many wrong feet, actually."

"Despite what you may think, I'm not here to sabotage your week. I want you to have a good birthday. You deserve it, and I want to try to make it better, not worse." A teasing tilt of his lips uncovers a dimple, drawing my attention there.

A lump forms in my throat, and when his hot breath fogs my glasses, I gulp. My skin tingles as the heat rolling off the rest of him wraps itself around my body.

"Consider this my apology." His eyes stop their dance as they lock on mine. "I'd like to start over."

His full lips, piercing gaze, and hard chest are distracting, and I have the urge to fan myself.

After a pause, I can only manage a nod.

His fingers cling around mine, and I surprise myself when I don't pull away. I'm still entranced by his eyes. The fire swimming among the hazel storm. The—is that desire?

I confuse myself again when the thought alone—the thought that this gorgeous man might want me—sends shivers down my spine.

He's not my type. I don't date enough to say I have a type at all, but Carter is not it.

Even if he has an endearing side.

I think I nod again to his proposal of a do-over, and I definitely hold my breath when he leans toward me like he's going to kiss my cheek. His scruffy beard tingles against my jawline as he continues moving his lips to my ear. "Enjoy," he whispers, then pulls back and winks.

I let out a strangled gasp, one of shock and confusion and arousal as he turns his back to me. I let go of him at the last possible second and snap out of this hypnosis only when he's out of sight.

Unusually flustered, I close the door, set my glasses on the sink with a light clink, and splash water on my face. After a few more deep breaths, I discard my clothes in a hurry, my body still humming.

But it's not because of the bath.

I'm about to step into the tub but stop myself. Carter gave up our differences too easily, right? It's only been a few hours, and I'm supposed to believe he cracked already?

I mean, he drew me a damn bubble bath. Who the hell does that for someone who almost got them arrested and has spent all day being less than hospitable, to put it gently?

This is most definitely a trap of some sort.

I grab my silk robe, slip it on, and make my way back to the living room. "Carter?"

He stands in the kitchen, his broad shoulders instantly tensing as he drops the flour and sugar onto the counter. With his back to me, he says, "It's not a trick. I didn't poison the water or some shit."

I breathe a sigh of relief, then cough to cover it up. I can't let him know that's exactly what I thought. "No, that's not it." I laugh nervously, waving him off.

He spins to face me and holds his hands out. "Please, God, tell me you want me to join you, then."

"No," I say, breathless. My eyes dart around the space between us—it's hard to look at him with his crooked grin sucking me in like a vortex, one I know will swallow me whole. "I was going to say..." I clear my throat and lick my lips when an idea hits me. "Feel free to sleep in Graham's room tonight. He won't make it in until tomorrow."

"He called me before I left the store." I toy with my robe and chew the inside of my cheek, suddenly nervous to be even this close to Carter.

And we have a whole damn evening alone.