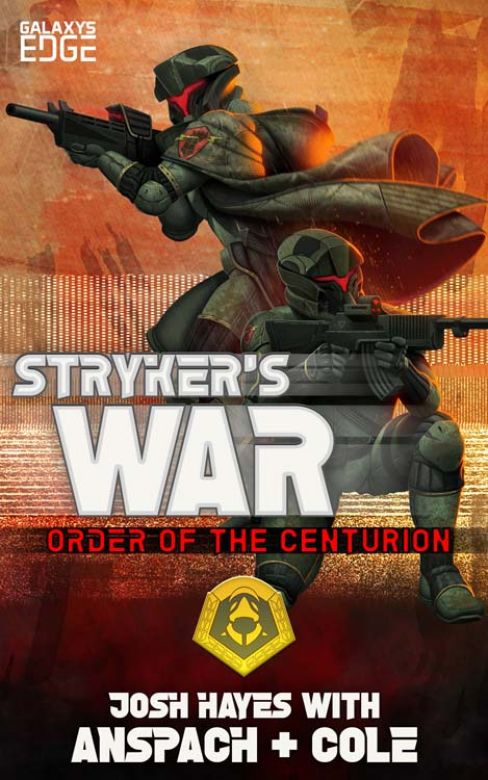 Stryker Company always brings the fight, but when they relieve embittered and embattled Republic marines, they find an enemy unwilling to stand up and face them. Tasked with protecting the Republic's interests on a mining world, the legionnaires face roadside ambushes, double-dealing locals, and constant sabotage.

And the mission isn't as straightforward as they thought it would be.

As skirmishes escalate into coordinated ambushes and assaults, two squad leaders, Talon and Lankin, are forced to chase after the sparks threatening to ignite the entire populace into a full-blown insurgency. Denied the legionnaires and resources they need to contain the situation, a single platoon fights to complete a mission requiring all of Stryker Company. The outnumbered platoon must work their way from glittering coastal ports, through steamy jungles and dust-covered mines, to find an enemy hidden seamlessly among the indigenous populace.

The cost is high; the sacrifice great...but nothing short of death itself will stop the legionnaires of Stryker Company from completing its objective. In this stand-alone tale of combat, brotherhood, and sacrifice, these legionnaires will learn what it truly means to make the ultimate sacrifices for their friends.

Experience this thrilling story of combat, brotherhood and sacrifice set in the Galaxy's Edge universe as USAF veteran and retired police officer Josh Hayes teams up with Anspach & Cole. If you're a fan of Legionnaire you'll love this military sci-fi thriller.