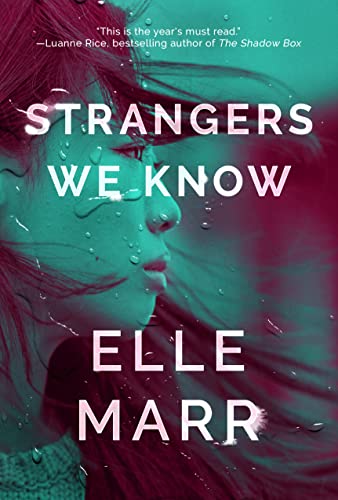 The search for a serial killer leads a woman into the twisted tangle of her own family tree in a chilling novel by the #1 Amazon Charts bestselling author of The Missing Sister and Lies We Bury.

Adopted when she was only days old, Ivy Hon knows little about her lineage. But when she’s stricken with a mystery illness, the results of a genetic test to identify the cause attract the FBI. According to Ivy’s DNA, she’s related to the Full Moon Killer, who has terrorized the Pacific Northwest for decades. Ivy is the FBI’s hope to stop the enigmatic predator from killing again.

When an online search connects Ivy with her younger cousin, she heads to rural Rock Island, Washington, to meet the woman. Motivated by a secret desire to unmask a murderous relative, Ivy reaches out to what’s left of a family of strangers.

Discovering her mother’s tragic fate and her father’s disappearance is just the beginning. As Ivy ventures into a serial killer’s home territory, she realizes that she may be the next victim of poisonous blood ties. 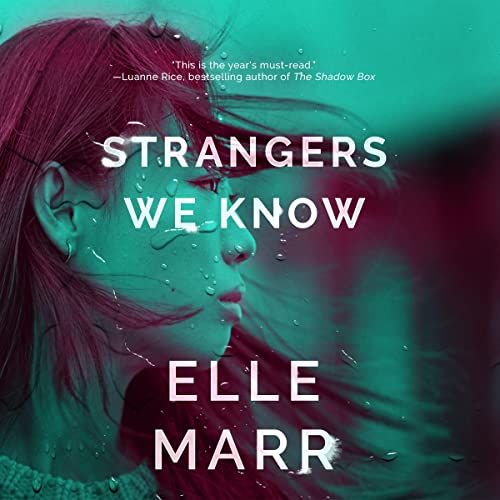 When I get home, Onyx is yowling at the window, pawing at a pigeon resting on an electrical line. I check the clock; it’s dinnertime, and borderline negligent to feed a pet so late.

“Come here, little lion.” I scoop her up, then dish out wet food into a bowl. She delicately eats her gourmet mush, then switches to aggressively licking her plate until it thuds against the cabinet again and again, per usual. Once finished, she joins me on the couch in my small living room, where I sit staring at my phone.

My finger hesitates over the center of the genetics-testing web- site, cutely named DNAcorn. The word on the button, Results, seems to pulse from the screen, as if it knows the damning information it contains.

I got the notification that my report was ready while I was still in the café and half paying attention to the document I was copyediting; of course, the FBI would have known I’d receive it today. Instead of clicking on the link, I packed up and started home. My flare-ups can be triggered by stress, and I didn’t want to be caught in public if this one was about to get worse.

Agent Ballo’s dropped bomb—that I could be related to a serial killer—is enough to motivate anyone to submit their saliva sample. But I elected to send mine weeks ago, when it became clear that the tests my doctor kept ordering wouldn’t provide answers about my condition— the reason behind the headaches, body aches, the sudden fevers, rashes, and sporadic taste of metal. I figured that more information is a win.

At least, I woke up thinking as much this morning—before my café visitor.

My father—adoptive father—knew he was going to die. We all did. Aggressive prostate cancer gives that clarity. In the months leading up to his death, he tried to tell me everything he thought I would need to know—his secret marinade for prime rib, when to arrive at the best dim sum restaurant in the Bay for freshly made dumplings. Knowing that he was dying liberated him in a way. He traveled where he wanted, ate his favorite foods, and had long conversations with loved ones.

Three years later, my mother unexpectedly passed from complications due to early-onset Alzheimer’s. Losing both parents while in my twenties left me with a greater appreciation for making the most of what time we have.

But is the confirmation of approaching death a gift? Or a curse?

A car alarm erupts a few blocks away, and the sound reverberates in the narrow street beside my apartment. A framed photo of my parents; my brother, Carson; and me posing outside Ghirardelli’s sits askew on my entertainment center, their faces angled toward the window, away from me. I don’t bother righting the frame. Although I’ve never felt ashamed of being adopted, reviewing my results seems like something I should do on my own.

“Got that, Onyx? You can stay.” I rub my favorite roommate with my foot, and her purr vibrates through my ankle.

Scrolling down, I locate the reports that really matter.

A neon-green bar reads “BRCA Variants,” which determines whether I have genetic markers for breast cancer, ovarian cancer, or prostate cancer. I suck in a breath.

I swipe backward, then tap the Alzheimer’s Disease report, hearing my mother’s last rambling words from her hospital bed after she slipped on a curb and cracked her head on the concrete. Ball. Milk. Ivy. My heart had jumped hearing my name on her lips while she was going in and out of consciousness—Ivy—before I realized it would be the last I’d hear from her.

The same phrase as for the BRCA test appears on the screen.

Air floods my lungs and tears prick my eyes. My money was on cancer, as devastating as that would have been as a thirty-year-old. It’s the only thing, I thought, that would explain the symptoms that keep presenting all over my body. The rest of the reports are negative: I’m a perfectly normal spit sample.

So what is it, then? What is this sickness that’s causing me to some- times feel like an eighty-year-old on the inside, complete with the occasional arthritis?

I was always grateful that my birth mother gave me up so that I could be placed with a family that wanted me, that guided me, that argued with me when I was wrong and forgave me when I asked. I had thought that was the end of this woman’s generosity, but now it seems she and my birth father also gave me good genes.

I open another web page and type the words “Full Moon Killer.” The search engine returns dozens of results. Headlines like MURDER IN THE PNW, DEAD WOMAN FOUND FLOATING IN RIVER, and FULL MOON KILLER ACTIVE AGAIN splash the first page. A shudder courses down my back as I read the horrifying quotes, internalizing that a blood relative of mine could have done those things.

Do I have another brother? Sisters?

I return to the DNAcorn website. At the top of the genetics report, there’s a button that reads “DNA Relatives.” I filter the results by closest relation.

A name floats to the head of the list: Lottie Montagne. My first cousin on my mother’s side.

Excitement and fear pummel my lungs, leaving me breathless. A biological relative. The only name I’ve learned in thirty years.

Does Ballo know about her?

In a way that’s both scary and gratifying, the results are thorough. Lottie Montagne, the only one in this part of the world, lives in Rock Island, Washington; is twenty-eight years old; owns a business; and has a publicly listed phone number but social media accounts that are private and inaccessible to my prying eyes.