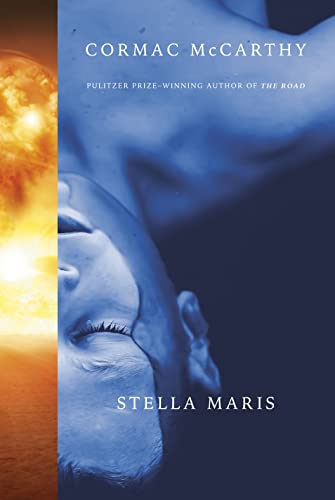 NEW YORK TIMES BEST SELLER • The Pulitzer Prize–winning author of The Road returns with the second volume of The Passenger series: Stella Maris is an intimate portrait of grief and longing, as a young woman in a psychiatric facility seeks to understand her own existence.

“McCarthy’s art is transcendent even as it takes no prisoners, an achievement akin only to the oeuvres of his greatest peers, Toni Morrison and Philip Roth. He will endure.” —Oprah Daily

"The richest and strongest work of McCarthy’s career…An achievement greater than Blood Meridian…or…The Road.” —The Atlantic

1972, BLACK RIVER FALLS, WISCONSIN: Alicia Western, twenty years old, with forty thousand dollars in a plastic bag, admits herself to the hospital. A doctoral candidate in mathematics at the University of Chicago, Alicia has been diagnosed with paranoid schizophrenia, and she does not want to talk about her brother, Bobby. Instead, she contemplates the nature of madness, the human insistence on one common experience of the world; she recalls a childhood where, by the age of seven, her own grandmother feared for her; she surveys the intersection of physics and philosophy; and she introduces her cohorts, her chimeras, the hallucinations that only she can see. All the while, she grieves for Bobby, not quite dead, not quite hers. Told entirely through the transcripts of Alicia’s psychiatric sessions, Stella Maris is a searching, rigorous, intellectually challenging coda to The Passenger, a philosophical inquiry that questions our notions of God, truth, and existence. 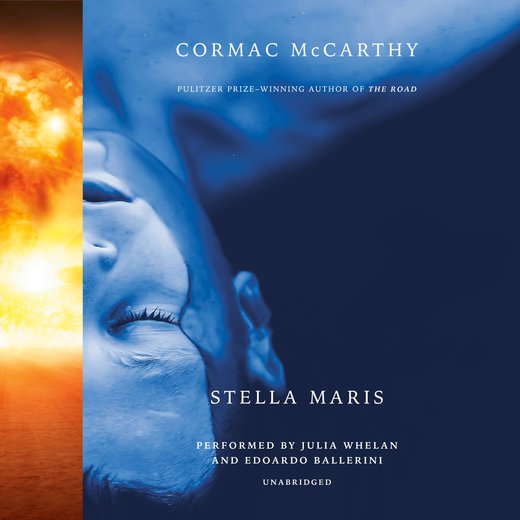 You committed yourself here.

If you get committed you get certified but if you commit yourself you dont. They figure that you must be reasonably sane or you wouldnt have shown up. On your own. So you get a pass as far as the records are concerned. If you're sane enough to know that you're crazy then you're not as crazy as if you thought you were sane.

You've been here what? Twice before?

Why this time? I guess is what I'm asking.

I kept encountering strange people in my room.

I wanted to see some people here.

Yes. You think I'd come here to visit with the help?

You mean the counselors.

You're not on any medication.

Do you think that's wise?

I dont know what's wise. I'm not a wise person.

But you dont think you're crazy.

I dont know. No. At least I dont fit in your crazy book.

Yes. Of course I'm not the only one who's not in there.

Are you still having hallucinations?

I never said that they were hallucinations.

You referred to your visitors as nonexistent persons.

I was quoting from the literature.

What literature is that?

The literature on me. But no. I havent seen them lately. They dont like to come around a place like this. It makes them uncomfortable. You're smiling.

You seem almost to be saying that such a facility in itself promotes mental health. What? In the manner of a church fending off evil spirits?

I suppose that could be an okay analogy. The Church never tires of talking about sinners. The saved hardly get a mention. Someone pointed out that Satan's interests are wholly spiritual. Chesterton, I think.

I'm not sure I understand.

Satan is only interested in your soul. He doesnt give a shit about your welfare otherwise.

Interesting. Your visitors. Whatever they are. What can you tell me about them?

I never know how to answer that question. What is it that you want to know?

Do they come with names?

Nobody comes with names. You give them names so that you can find them in the dark. I know you've read my file but the good doctors pay scant attention to any descriptions of hallucinatory figures.

How real do they seem to you? They have what? A dreamlike quality?

I dont think so. Dream figures lack coherence. You see bits and pieces and you fill in the rest. Sort of like your ocular blindspot. They lack continuity. They morph into other beings. Not to mention that the landscape they occupy is a dream landscape.

The principal figure is a bald dwarf.

But he's not like a figure in your dreams.

I wonder if you have any opinion as to why these figures should take on the particular appearance which they do.

Would you like to try another question? They take on the appearance of which their appearance is composed. I suppose what you really want to know is what they might be symbolic of. I've no idea. I'm not a Jungian. Your question suggests too that you think there might be some possibility of orchestrating this inane menagerie. Somehow or other. Each figure of which all but shimmers with reality. I can see the hairs in their nostrils and I can see into their earholes and I can see the knots in their shoelaces. You think that you might be able to stage out of this an opera of my troubled mental processes. I wish you luck.

But you're aware that other people dont believe that beings such as these exist.

I'm not really concerned with what other people believe. I dont consider them qualified to have an opinion.

Because they havent seen them.

Well. I think that qualifies as a logical dead end. What do you think?

I'm sure you know that hallucinations on the scale at which you describe yours are vanishingly rare. More than one counselor has suggested that you were making them up.

That comes off as a rather odd locution, doesnt it?

Yes, well. They're not entitled to an opinion either.

Maybe not. When did this business start? At what age?

Do you think that I present as a florid psychotic?

No. I dont. But then of course you dont like to be tested.

No. Unless I think I'm going to do well. But you think that tests in general are what? Misguided? Invasive?

But you took some of the tests. You made a perfect score on the advanced Raven's.

It's been done before.

Not in the time in which you did it.