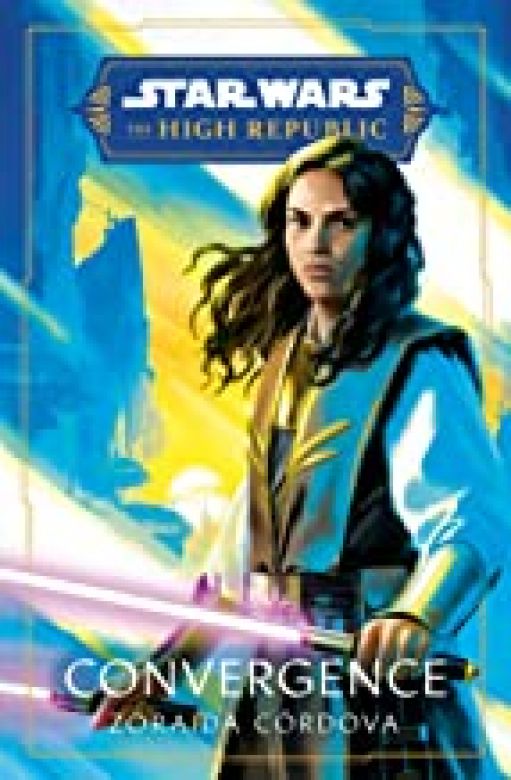 The next adventure in the High Republic begins expanding the new era of Star Wars, with a story set generations before Light of the Jedi.

It is an age of exploration. Jedi travel the galaxy, expanding their understanding of the Force and all the worlds and beings connected by it. Meanwhile, the Republic, led by its two chancellors, works to unite worlds in an ever-growing community among near and distant stars.

On the close-orbiting planets of Eiram and E’ronoh, the growing pains of a galaxy with limited resources but unlimited ambition are felt keenly. The two worlds’ hatred for each other has fueled half a decade of escalating conflict and now threatens to consume surrounding systems. The last hope for peace emerges when heirs from the planets’ royal families plan to marry.

Before lasting peace can be established, an assassination attempt targeting the couple tilts Eiram and E’ronoh back into all-out war. To save both worlds, Jedi Knight Gella Nattai volunteers to uncover the culprit, while Chancellor Kyong appoints her own son, Axel Greylark, to represent the Republic’s interests in the investigation.

But Axel’s deep distrust of the Jedi sparks against Gella’s faith in the Force. She’s never met such a puffed-up, privileged party boy, and he’s never met a more self-serious, relentless do-gooder. The harder they work to untangle the shadowy web of the investigation, the more complicated the conspiracy appears to be. With accusations flying and potential enemies in every shadow, the pair will have to work together to have any hope of bringing the truth to light and saving both worlds. 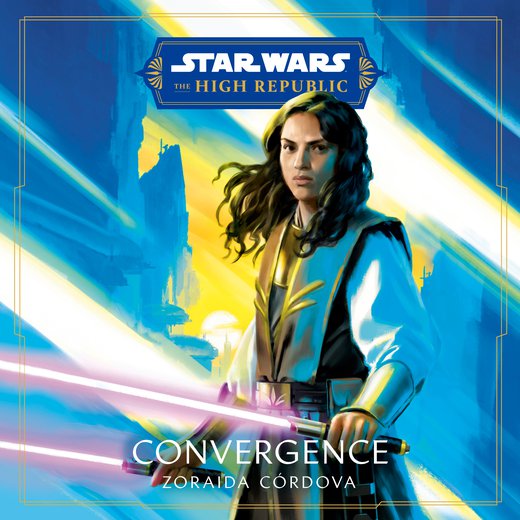 Serrena took the EX communications droid apart piece by piece. It would have been lost to hyperspace if she hadn’t moved quickly. With all attention on the drill ships ascending into E’ronoh space, Serrena had slipped by undetected, and intercepted the Republic’s capsule with her Vane-class transport shuttle, a two-person shuttle she’d salvaged from scrap and armed with retractable magnetic clamps. She’d welded and assembled it with her bare hands.

She’d landed within the Brushlands, at an abandoned mining village that skirted the capital. There Serrena had found everything she needed to fulfill her mission. A quiet place to hide and serve her master well.

The front door hissed open, letting in the chill and dust of the windy night. Abda had returned, and the scent of fried scorpion filled the room. Serrena did not look up.

“I brought food. You’ve been at it for hours,” Abda said, sitting on the threadbare rug.

She resented having Abda watching over her shoulder, pointing out every single detail as if Serrena hadn’t thought of it first. But the elders had insisted on working in pairs, on making sure they were never vulnerable to the corruptions of the outside world. Serrena and Abda were, of course, both Kage, born to the dark shimmering world of Quarzite. Banished by their clans for refusing to fight. For Serrena, it wasn’t the violence she turned from. It was the insignificance of it. Through the Path of the Open Hand, she had learned that every part of her lived in harmony, and her misfortunes? They were the fault of those who used the Force, like the Jedi. After years on Dalna, she had been called to a higher purpose, one she would fulfill with her last breath, because she was one of the Mother’s Children, and Abda was not.

She snarled, “I’ll eat when the work is done.”

Abda sighed, taking a bite of her meal. “If you pluck the wrong wire, everything will be erased and we won’t be able to learn why the Republic has come to this sector now. And if you can’t dispatch it once we’re done, they may get suspicious, and it’ll lead back to us.”

“I know what I’m doing.” Serrena pushed back her hood. Her pale skin was covered in red burns from the unforgiving sun. She bared her teeth and seethed. “You forget she chose me for this honor.”

“And you failed,” Abda muttered, rolling her pink gem eyes. “Princess Xiri lives. The cease-fire still holds and your jamming beacon was destroyed.”

Serrena cursed, but focused on her work. She needed something useful to report back. Everything else was a distraction, even her partner.

A bead of sweat ran straight down her nose, and she caught it with her tongue. Her fingers were steady with purpose as she plucked a silver wire that would trigger a system reset. Then she turned on the EX droid, and a holo of two old Jedi, judging by their robes, flickered to life.

“That isn’t Chancellor Mollo,” Abda grumbled as they listened. She always was shortsighted.

“Even better,” Serrena said. “We need to tell the Mother the Jedi have arrived.”

Abda awoke to the soft beeping of a holoprojector. Her holoprojector. Ever since they’d been stationed on E’ronoh to survey the crisis, all communications had gone through Serrena. But Abda was not jealous. She knew that the Force provided. Her time would come to prove herself, to show everyone in the Path of the Open Hand that she was grateful for her second chance at life. That was all anyone wanted, wasn’t it? A chance.

She slipped out from under her covers. Once the sun sank behind the orange and red canyons, E’ronoh’s nights were unforgiving in their cold. Abda was used to cooler climates. Her homeworld of Quarzite was naturally cool, with its belly full of shimmering crystals and twisting tunnels. That was another life. Another version of herself, too weak to be the violent, ruthless warrior her family had expected her to be.

Her feet were a whisper against the stone as she shivered out of their abandoned shelter and into the night. She answered the call, and the pixelated holo came into view.

Abda’s lips trembled from utter and complete joy. She dipped her head low. “Mother—it’s you!”

Her lips were all that was visible under her long, hooded cloak, but Abda recognized her anyway. She only wished she were on Dalna to take in the Mother’s beauty and listen as she whispered the truth of the universe. Now, she was smiling for Abda. “Hello, Abda.”

“Do you want me to wake Serrena?” Abda glanced back, but the Mother tutted her tongue against straight teeth.

“Let’s not wake her just yet. She has her instructions.”

“Never,” she said, her image rattling. The private relay systems in their sector were unstable, and Abda cursed them for interrupting even a breath of her audience with the Mother. “You have not failed me.”

Abda nodded, cheeks hurting from smiling. She didn’t know it could hurt to smile. “I would never.”

“I know you wouldn’t. That is why I think it’s time for you to go out on your own.”

“Of course, anything for the Path of the Open Hand.”

“Oh no, Abda. This is something for me.” The Mother smiled as she rested her palm over her heart. “I want you to take your rightful place as one of my Children.”

“I would do anything.” Her voice trembled with need. “Anything.”

“Good, Abda.” The Mother glanced over her shoulder. “You must do exactly as I tell you. Can I trust you?”

“Yes,” the young Kage cried. “With every part of my being.”