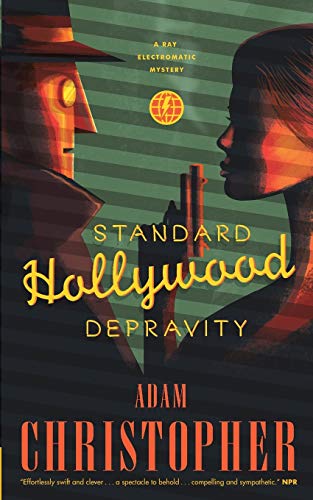 Includes a speical bonus novella Brisk Money by Adam Christopher
The moment Raymond Electromatic set eyes on her, he knew she was the dame marked in his optics, the woman that his boss had warned him about.

As the band shook the hair out of their British faces, stomping and strumming, the go-go dancer’s cage swung, and the events of that otherwise average night were set in motion. A shot, under the cover of darkness, a body bleeding out in a corner, and most of Los Angeles’ population of hired guns hulking, sour-faced over un-drunk whiskey sours at the bar.

But as Ray tries to track down the package he was dispatched to the club to retrieve, his own programming might be working against him, sending him down a long hall and straight into a mobster’s paradise. Is Honey still the goal—or was she merely bait for a bigger catch?

Just your standard bit of Hollywood depravity, as tracked by the memory tapes of a less-than-standard robot hitman.