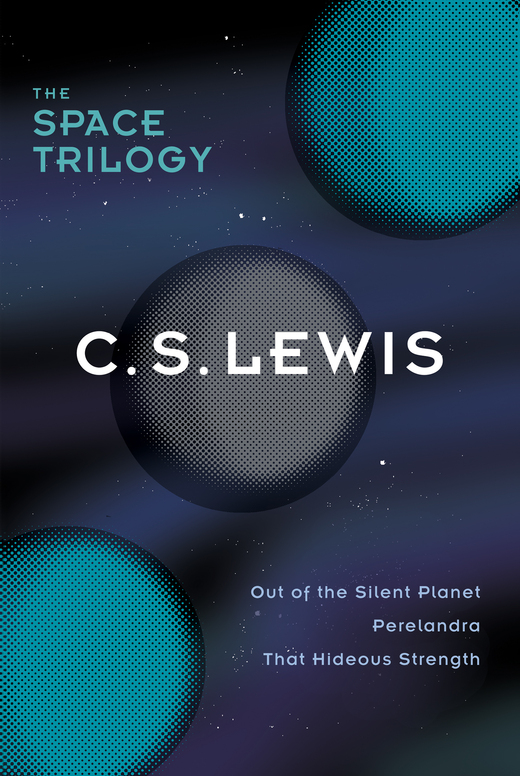 This one-volume edition marks the 75th anniversary of Lewis's classic science fiction trilogy featuring the adventures of Dr. Ransom on Mars, Venus, and Earth. It includes an exclusive foreword compiled from letters by J.R.R. Tolkien, who inspired Lewis to write the first volume and on whom the main character of Ransom was largely based. The Space Trilogy is a remarkable work of fantasy, demonstrating the powerful imagination of C. S. Lewis.

Out of the Silent Planet
Dr. Ransom, a Cambridge academic, is abducted and taken on a spaceship to the red planet of Malacandra, which he knows as Mars. His captors are plotting to plunder the planet's treasures and offer Ransom as a sacrifice to the creatures who live there.

Perelandra
Having escaped from Mars, Dr. Ransom is called to the paradise planet of Perelandra, or Venus. When his old enemy also arrives and is taken over by the forces of evil, Ransom finds himself in a desperate struggle to save the innocence of this Eden-like world.

That Hideous Strength
Investigating the truth about her prophetic dreams, Jane Studdock encounters the fabled Dr. Ransom, who is in great pain after his travels. A sinister society run by his old adversaries intends to harness the ancient powers of a resurrected Merlin in their ambition to subjugate the people of Earth.