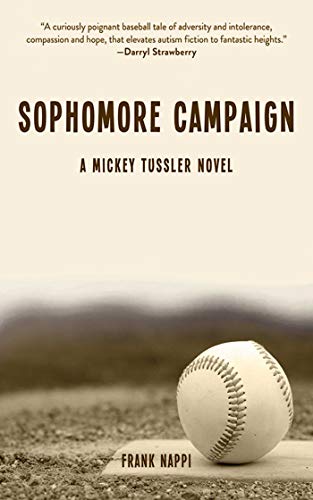 Ideal for fans of sports novels and Wisconsin novels Continues the story of Mickey Tussler that began with The Legend of Mickey Tussler (the basis for the TV movie A Mile in His Shoes) Follows the journey of the minor league Brewers It’s 1949, and eighteen-year-old pitching phenomenon Mickey Tussler is back. He and his team, the minor league Brewers, continue their journey in this sports novel. In spite of Mickey’s claim that he will never play baseball again after the violent end of the last season, his manager (and now surrogate father) Arthur Murphy convinces the socially awkward, autistic, and emotionally fragile boy to try it again. Mickey comes back and has to learn to deal with the hatred and destruction around him. When a young African American player joins the Brewers, the entire team hears racial threats and is subjected to violence. Mickey witnesses one violent episode firsthand. Struggling to understand such hatred and ugliness, and afraid of the consequences of telling anyone what he saw, Mickey’s field performance suffers. Now, the boy needs to deal with a part of human nature that he barely understands.