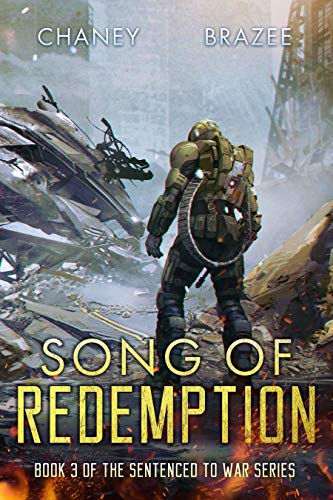 In the midst of humanity's greatest fight for survival, old rivalries threaten to pull allies apart in a rush for rumored alien tech.

With the newly weaponized Sergeant Reverent Pelletier and his Marine Raiders at the tip of the spear, only they stand a chance at holding the shaky alliance together long enough to meet the enemy.

The Centaurs are on their way to destroy the very birthplace of human civilization: Mother Earth itself.

Humanity's end may be upon us. . . but only if Rev and his team fail to do the impossible.

Experience the thrilling third installment in the international bestselling series from USA Today Bestselling Authors J.N. Chaney and Jonathan Brazee. If you're a fan of gritty military scifi action and characters who refuse to quit, you'll love this series.